While we're on the topic of mortgage rates, let's explore another technique for plotting and comparing the rate data over several years. Last time, we plotted each year's data in a separate graph, and paneled them across the page. This time, let's overlay multiple years together in the same graph.

Here's the graph that inspired me to look into this technique. This is a graph April Orr periodically posts on her Twitter page (not sure whether she created it, or just re-posted it), with updated data. Her graph gets the job done ... but I'm suspicious there's a bug in the labeling along the bottom axis. How many months start with 'M'? - I only know of two (March and May), but she has 3 M's in her axis. I suspect it has two 'March' labels, and that probably means the other month tick marks are not quite spread out correctly. 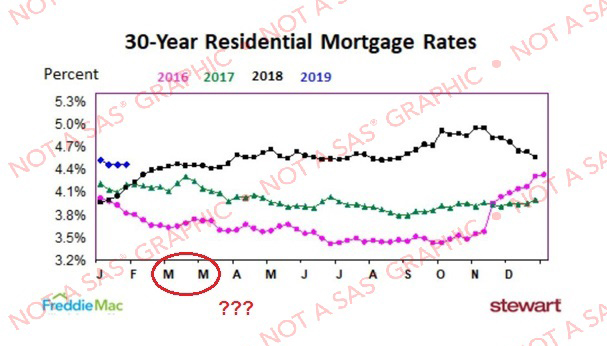 I decided to create my own version of this graph, and fix the x-axis (and maybe make a few other small improvements). First I located the data on the FreddieMac website, and downloaded the Excel spreadsheet. I imported it into SAS, and was soon able to get a preliminary plot of the data using the following code: 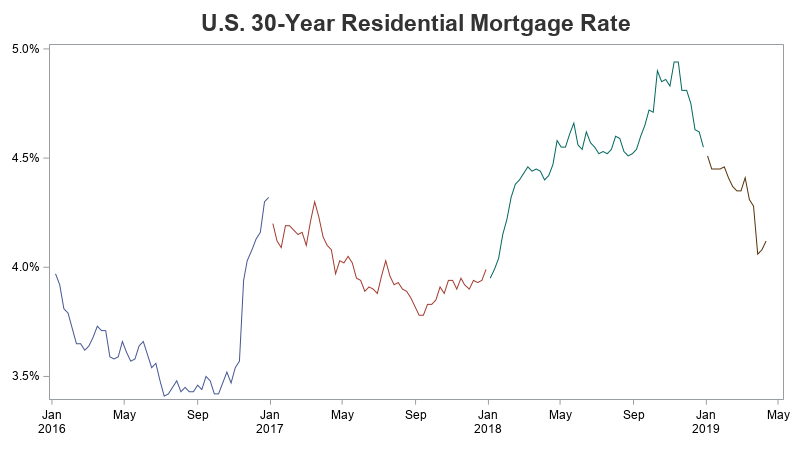 I used group=year which colors the line for each year differently, but how can I overlay the years in the same space? One technique might be to create 4 separate plots, and overlay/layer them on top of each other. But it can be difficult to get the axes and labels to line up exactly the same.

I decided to take a different route. Rather than plotting against the date, I created a new variable that represents the number of days into the year (1-365). I used the julday format to do that...

I then plotted against day_of_year rather than date, and got the following graph with all 4 years plotted in the same space. 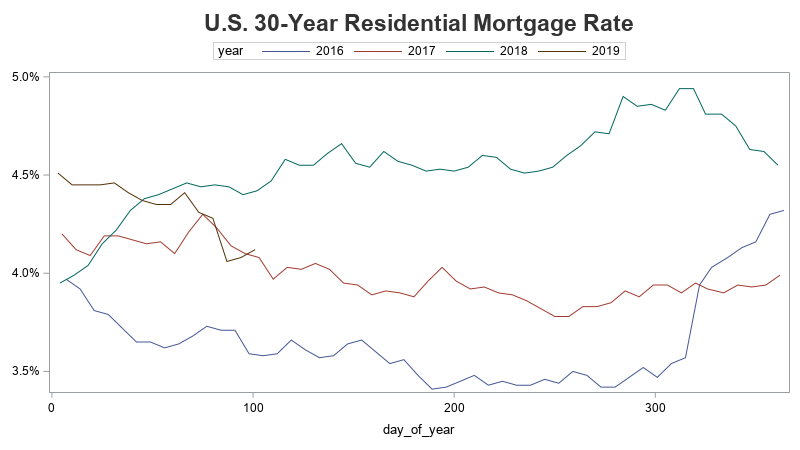 But most people don't relate too well to "day of year" numbers (for example, what month is "day 100" in?) I want to show an actual date along the x-axis, to make the graph easier to understand. If I just apply a date format to the day_of_year number, you will see dates in 1960 (that's because 1960 is the default beginning year for date values in SAS, and therefore days in this numeric range (1-365) are considered to be in 1960. Here's what that graph would look like (incorrectly/naively applying the date format). 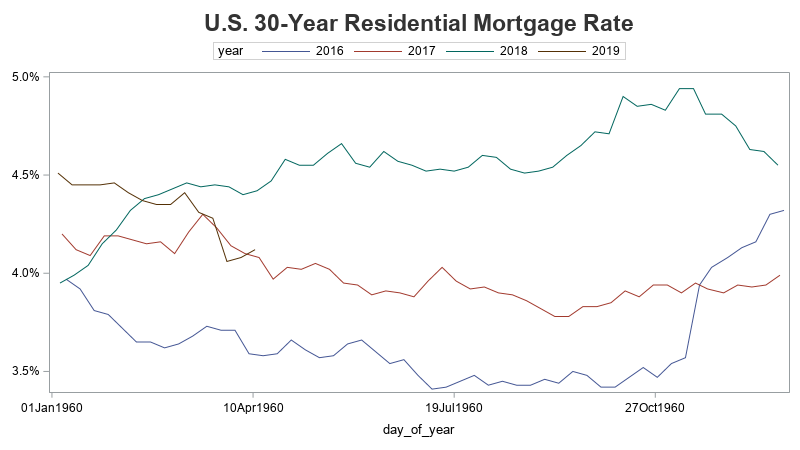 We don't really want the '1960' part, and we don't really need the day-of-month - we just need the month part. I could use the monname3 format, to print 3-character abbreviations for the month, but in order to show all 12 months of data, my axis needs to go out to Jan 1 of the following year. I don't want to show Jan of the following year on the axis, therefore I jump through a couple of hoops to get things just the way I want them, and blank out that last tick mark:

After that change, along with a few other tweaks and customizations, I came up with my final graph! 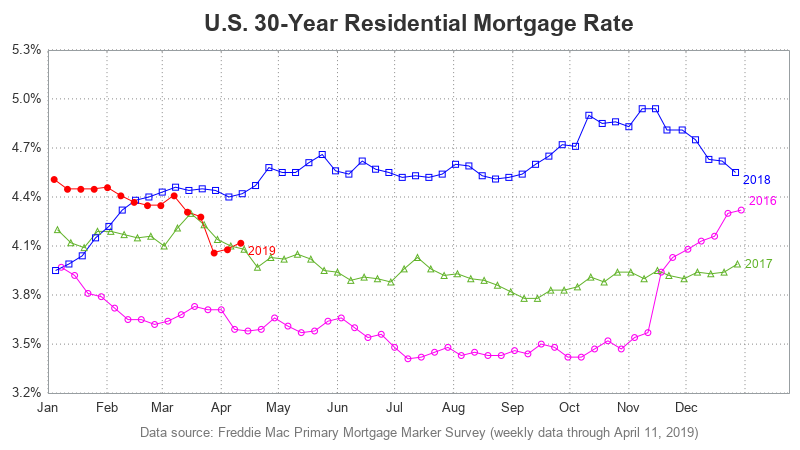 Here are a few of the other improvements I used to create my final graph:

Hopefully you've picked up a few graphing tips & tricks from this example. If you'd like to dig into more details, here's a link to my full code. If you have any other suggestions, feel free to discuss them in the comments section!