Cases of the measles have certainly been making headlines in the news recently. And with all the data at our disposal these days, it seems like we should be able to predict which areas in the US are most likely to have measles outbreaks, eh? A group of independent researchers (Lancet) did just that -  they identified at-risk counties by "cross-referencing communities with low vaccination rates and high rates of kindergarten vaccine exemptions, with communities whose airline hubs have frequent flights to countries with ongoing measles outbreaks." (FiveThirtyEight)

I won't get into the details of their forecasting model (see their paper for details), but here's a screen-capture of their map. They show a county map, shade the 25 counties most at-risk, and place a text label on those counties. The map covers the basics, but I feel it is lacking in really communicating the data. 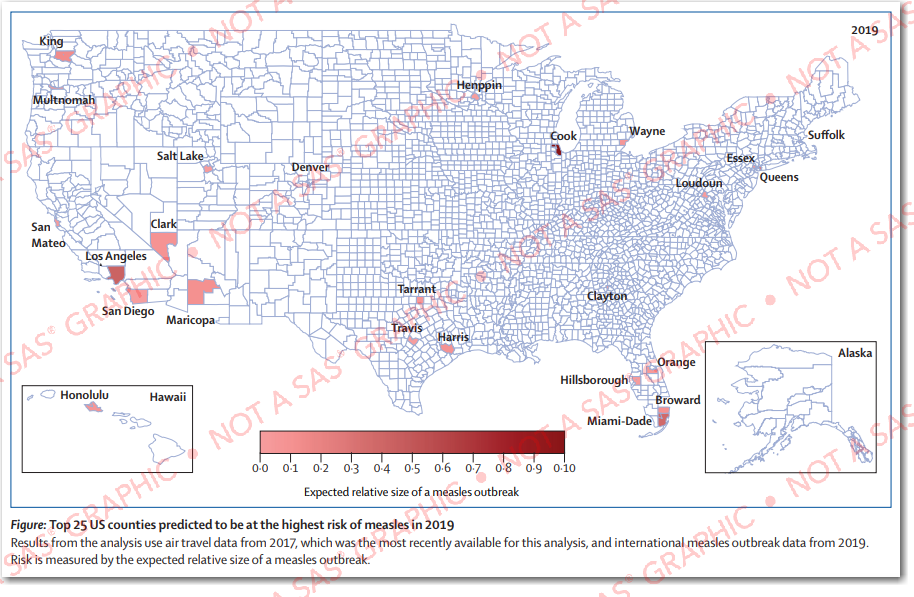 So of course I decided to create my own version of the map, using SAS Software, and try to make a few improvements. Here's what I came up with (click to see the interactive version with mouse-over text and drilldowns): 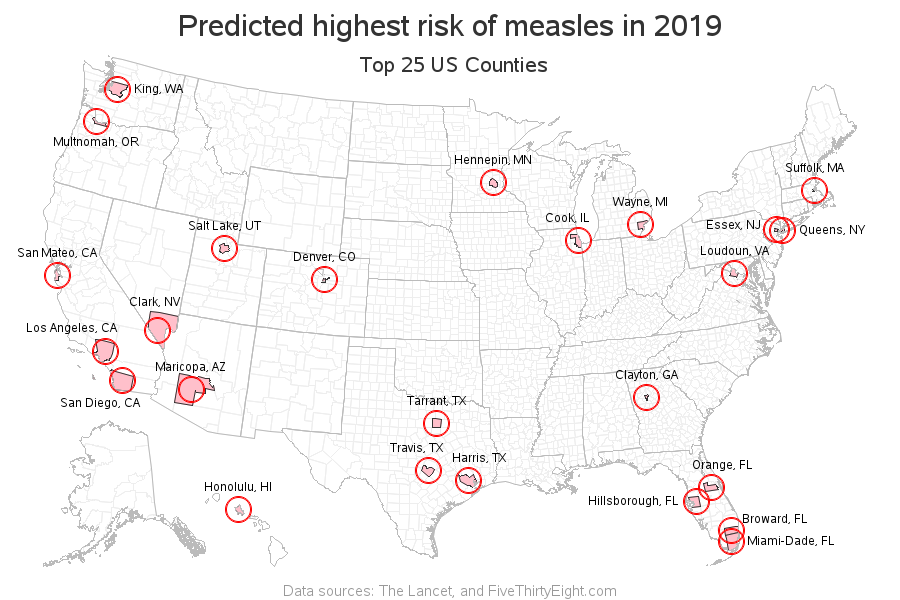 See what an improvement you can make with a few small customizations, using flexible mapping software!?! What other changes and improvements might you recommend? Feel free to discuss in the comments section!