I recently saw an interesting graph that showed the number of motor vehicle crash deaths has been going down. The graph showed deaths per mile. That's a good statistic, but I wondered whether there were other ways to look at the data?

Here's the graph, from an NHTSA report (p. 3-194). I was hoping to find the data source, so I checked reference 81, which took me to an IIHS slide show. The graph was indeed there (on page 4), but they didn't list the data values, or the source of the data. 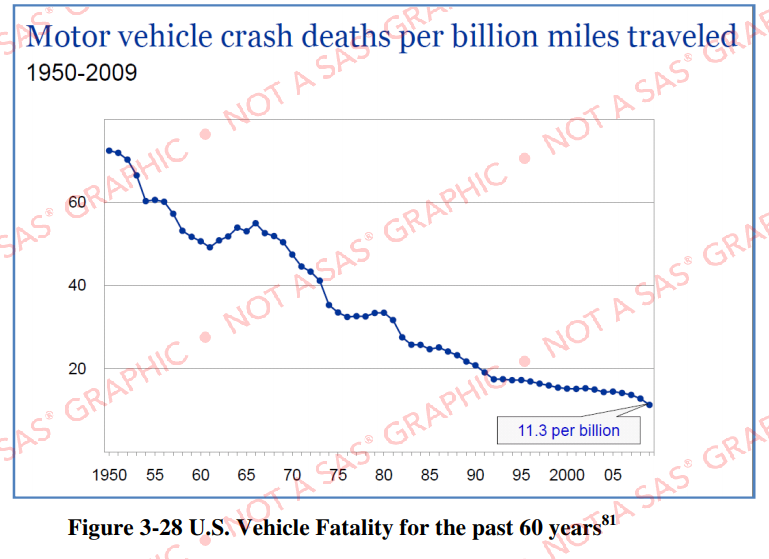 My Alternate Graph - Deaths per Person

Not to be deterred, I did a bit of searching, and found similar data in a table on Wikipedia. I used one of Rick Langston's macros to read the HTML table into a SAS dataset, cleaned it up a bit, and was soon able to start creating my own graphs! Rather than deaths per mile, I thought it would be interesting to see deaths per capita. Below is the simple code, and the default graph it produces: 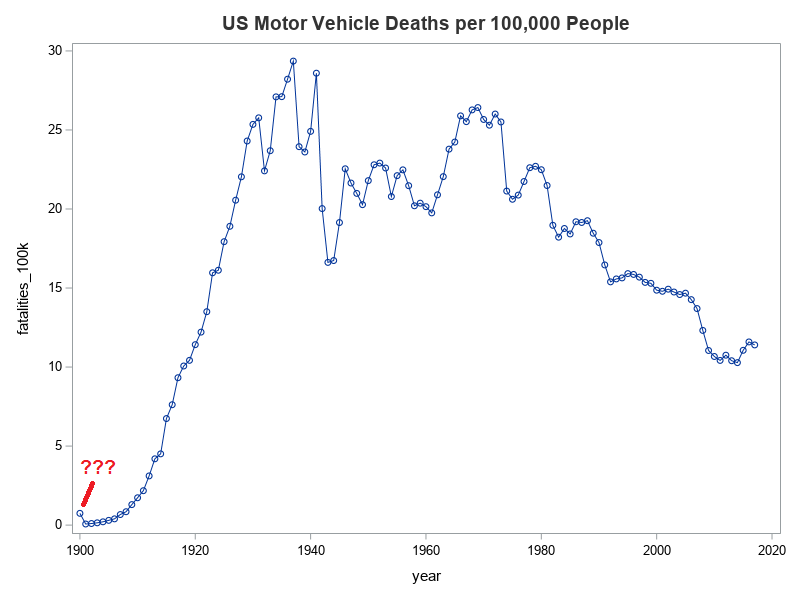 Let's Investigate a Side Issue

I wasn't sure what to expect, but I was curious why the first data point was so much higher than then next few years (in the graph above). Were the very first cars perhaps extremely dangerous? I decided to take a closer look at the data. I was plotting the fatalities per 100k population column that they (Wikipedia) had pre-calculated for me in the table, but the raw values for deaths and population were also available in the table. 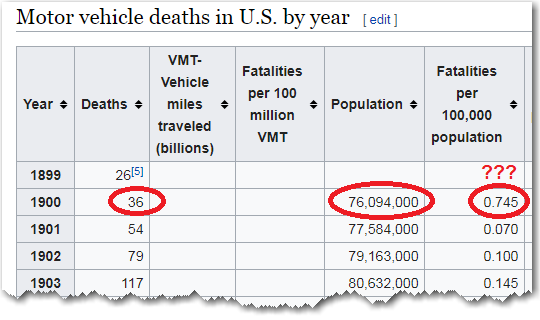 I plugged the suspect/bad 1900 values into my calculator, and 36/(76,094,000/100,000) = 0.047 ... not 0.745. Therefore it appears the calculated value for 1900 in the Wikipedia table was calculated incorrectly! (I love using my SAS software to find problems in Wikipedia data!) Perhaps someone calculated the value by hand, rather than programmatically, and made a mistake? Or perhaps they were entering the values into the table by hand and transposed some digits?

Rather than using the bad/suspect values from the pre-calculated column in the Wikipedia table, I decided to calculate my own column programmatically. Below is the simple code I used, and a graph of the new/fixed values. Much better, eh! - No strange outlier at year 1900 now! 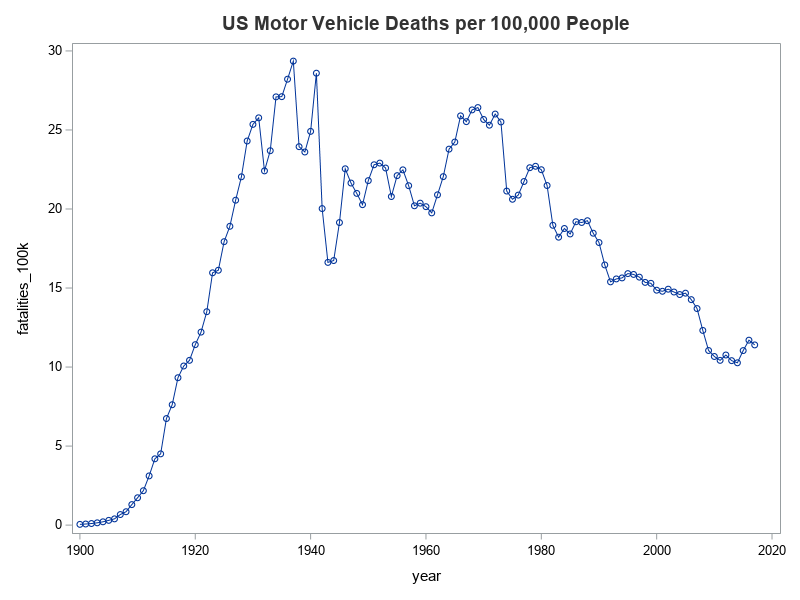 Cleaning Up My Graph

The default graph (above) is OK, but I always like to clean it up a bit, and try to make it a little more informative. First, I removed the axis labels and added grid lines. Then I annotated some text labels, with events that might possibly help explain why the trends might have changed. (Did I annotate the right events? What are some others that might be good to add?)

Now, let's go full-circle and re-visit the original graph again. Here's my version of the original, but using the Wikipedia data (which goes to 2017, rather than just 2009). 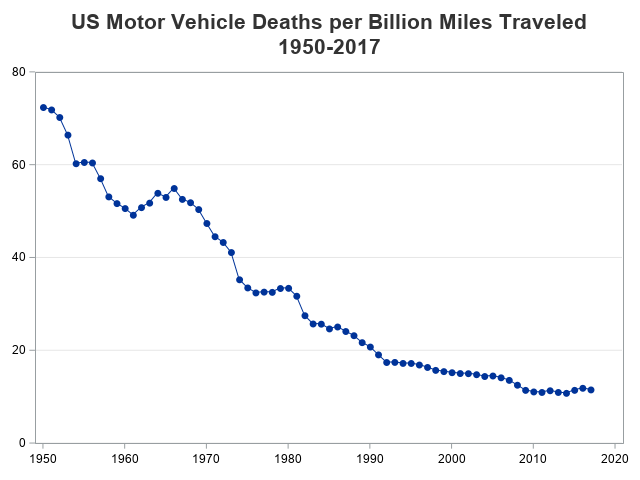 These graphs show some interesting trends, eh! What do you conclude from this data and these graphs? What other data & graphs might add even more insight? (Feel free to discuss in the comments section.)