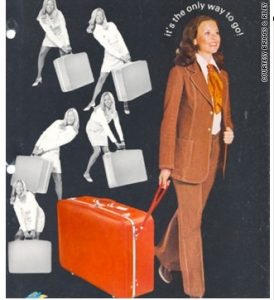 Asking about the benefits of artificial intelligence and machine learning reminds me a little of the transition to suitcases with wheels. Do you remember lugging around those old suitcases? If not, good for you - this original advertisement from US Luggage will take you back! Thank Bernard Sadow for persistence with his idea to add wheels, because when he pitched his idea people thought he was crazy. Surely no one would want to pull their own suitcase? His patent application stated, “Whereas formerly, luggage would be handled by porters and be loaded or unloaded at points convenient to the street, the large terminals of today, particularly air terminals, have increased the difficulty of baggage-handling….Baggage-handling has become perhaps the biggest single difficulty encountered by an air passenger.”

We can wheel our own suitcases these days, but baggage handling is still a challenge for airlines. One of the benefits of artificial intelligence and machine learning is improvements companies like Amadeus are applying to baggage handling in airports to reduce the risk of lost bags. And to improve the overall customer experience moving through the Frankfurt Airport Fraport uses predictive modeling from SAS, part of the extensive set of machine learning capabilities from SAS. 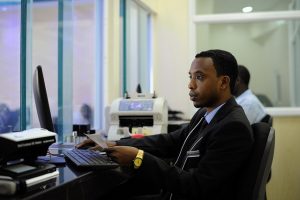 I hear plenty of verbal and online chatter predicting that artificial intelligence and machine learning will eliminate jobs. But a review of history shows that many such past predictions have not come true. Remember the introduction of ATMs? The expectation was that bank tellers would become an anachronism, but in fact demand for tellers has increased greater than average. Automation reduced the number of tellers needed per bank, but this savings allowed banks to open new branches, thus stimulating demand for tellers.

The same pattern repeated with the introduction of grocery store scanners and cashiers and electronic document discovery and paralegals. Today your friendly bellhop still greets you at the hotel as you roll your suitcase to the entrance because in fact the US Bureau of Labor Statistics predicts average growth in demand for baggage porters and bellhops. I believe that the benefits of artificial intelligence and machine learning include increased productivity that will lead to job creation. Plenty of enthusiastic electronic ink has been spilled about the benefits of artificial intelligence and machine learning for business, so I’m going to focus on another reason why I’m excited about this field – the public benefit in areas like our health, economic development, the environment, child welfare, and public services.

Machine learning and artificial intelligence help use data for good

In a blog post on LinkedIn, Microsoft CEO Satya Nadella envisions a future where computers and humans work together to address some of society’s biggest challenges. Instead of believing computers will displace humans, he argues that at Microsoft “we want to build intelligence that augments human abilities and experiences.” He understands the trepidation some have about jobs and even the supposed Singularity (the idea that machines will run amok and take over), writing “…we also have to build trust directly into our technology,” to address privacy, transparency and security. He cites an example of the social benefits of machine learning and artificial intelligence in the form of a young Microsoft engineer who lost his sight at an early age but who works with his colleagues to build what is essentially a mini-computer work like glasses to give him information in an audible form he can consume. 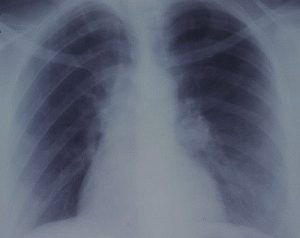 Nadella's example of his young colleague is one of many where machine learning and artificial intelligence are making fantastic advances in providing great help for people with disabilities in the form of various health care wearables and prosthetics. Health care is replete with examples, as deep learning and other techniques show rapid gains on humans for diagnosis. For example, the deep learning startup, Enlitic, makes software that in trials is 50% more accurate than humans in classifying malignant tumors, with no false-negatives (i.e. saying that scans show no cancer when in fact there is malignancy) when tested against three expert human radiologists (who produced false-negatives 7% of the time). In the field of population health management AICure makes a mobile phone app that increases medication adherence among high-risk populations using facial recognition and motion detection. Their technology makes sure that the right person is taking the right medication at the right time.

There are nonprofits that have been drawn to the benefits of artificial intelligence and machine learning, such as DataKind, which “harnesses the power of data science in the service of humanity.” In a project with the nonprofit GiveDirectly, DataKind volunteers worked on an algorithm to classify satellite images to identify the poorest households in rural villages in Kenya and Uganda. A team from SAS is working with DataKind and the Boston Public Schools to improve transportation for their students, using optimization. Thorn: Digital Defenders of Children, uses technology and innovation to fight child sexual exploitation. Much of the trafficking is done online, so analysis of chatter, images, and other data can aid in identifying children and the predators. 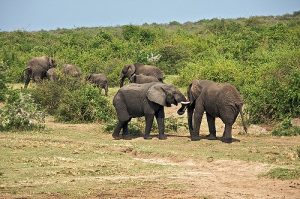 Trafficking in elephant ivory leads to an estimated 96 elephant deaths every day, but a machine learning app is helping wildlife patrols predict the best routes to track poachers. The app drew on 14 years of poaching data activity, produces routes that are randomized so poachers can be foiled, and learns from new data entered. So far its routes have outperformed those by previous ranger patrols. Protection Assistant for Wildlife Security (PAWS) was developed by Milind Tambe, a professor from the University of Southern California, based on security game theory. Tambe has also built these kinds of algorithms for federal agencies like Homeland Security, the Transportation Security Administration, and the Coast Guard to optimize the placement of staff and surveillance to combat smuggling and terrorism.

Machine learning and artificial intelligence in the public sector 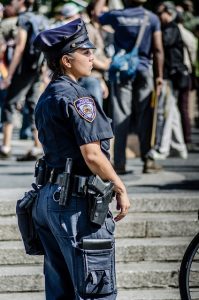 Other public sector organizations also realize the benefits of artificial intelligence and machine learning. The New York Police Department has developed the Domain Awareness System, which uses sensors, databases, devices, and more, along with operations research and machine learning, to put updated information in the hands of cops on the beat and at the precincts. Delivering this information even faster than the dispatchers means cops are better prepared when they arrive on the scene. Teams from the University of Michigan’s Flint and Ann Arbor campuses are working together with the City of Flint to use machine learning and predictive algorithms to predict where lead levels are highest and build an app to help both residents and city officials with resources to better identify issues and prioritize responses. It took a lot of work to gather all the disparate information together, but interestingly their initial findings indicate that the troubles are not in the lines themselves but in individual homes, although the distribution of the problems doesn’t cluster like you’d expect.

These are just a few of the many examples of the social benefits of artificial intelligence and machine learning, but they illustrate why I’m excited about their potential to improve our society. Automation fueled by artificial intelligence is likely to result in what economists call "structural unemployment," when there is a mismatch between the skills some workers have and those the economy demands, typically a result of technological change. This disruption is undoubtedly devastating for those who lose their jobs, and I believe as a society we have an obligation to provide workforce development programs and training to help those impacted shift to new skills. But I am hopeful that machine learning will be able to offer help to those disrupted by these changes.

And it may even offer job opportunities. SAS is working with our local Wake Technical Community College, which has launched the nation's first Associate's Degree in Business Analytics, fueled in part by a grant from the US Trade Adjustment Assistance Community College and Career Training initiative. They will also offer a certificate program aimed at displaced or underemployed workers will be targeted and required to earn 12 credit hours to gain a certificate of training. While these graduates will not likely start off doing machine learning, they may move in that direction, and at a minimum contribute to teams that do use these methods.

And LinkedIn uses machine learning extensively, for recommendations, image analysis, and more, but through their Economic Graph and LinkedIn for Good initiatives the company aims to connect talent to opportunities by filling in gaps in skills. In partnership with the Markle Foundation their new LinkedIn Cities program offers training for middle skill workers, those with a high school diploma and some college but no degree, and is piloting in Phoenix and Denver. The combination of online and offline tools with connections to educators and employers will help these individuals improve their opportunities.

SAS will highlight the data for good movement at our upcoming Analytics Experience conference in Las Vegas September 12-14. Jake Porway, the Founder and Executive Director of DataKind, will be one of the keynote speakers. My colleague Jinxin Yi will be giving a super demo on the SAS/DataKind project I mentioned that aims to improve transportation for the Boston Public Schools. His session is one of several that have been tagged in the program as Data for Good sessions. We’ll have a booth where you can learn more and get engaged with #data4good. Stop by and say hi to me if you're there!