The Internet of Things is coming fast and furious. We clearly know what these “things” are, and were able to see prototypes at last week’s Mobile World Congress (MWC) which hosted some 93,000 attendees.

AT&T was at the forefront of IoT innovation at MWC providing virtual reality tours of connected cars, a loading dock, shipping containers, farms, and the connected home service that they now provide in the US. All of this is fascinating when we consider where we were just five to ten years ago.

Ralph de la Vega, President AT&T Mobile and Business Solutions spoke about the connected lifestyle and “the smartphone being the remote control to your life.” Carlos Ghosn, Chairman and CEO, Renault-Nissan Alliance, said the first wave of connected cars will be released in 2016, which will provide traffic jam autonomous driving. He predicts the second wave of autonomous cars  will provide highway autonomous driving by 2018. Then, eventually in 2020 city autonomous driving will be available, which is the most complicated to engineer since the car needs to make lots of decisions.

Mobile is still growing. Phones very similar to the first iPhone are now available for $50 and are fueling mobile adoption in the developing world. During the inclusion session, which was focused on getting the next billion people online, Jimmy Wales Founder of Wikipedia spoke about Wikipedia Zero a program where Wikipedia is working with mobile carriers where users access Wiki with no data charges. This has been very successful as an educational tool. Mr. Wales showed a video of students in South Africa using Wikipedia on their phones since their schools did not have a library. In this case the IoT is playing a huge role in global education.

Another big topic around the IoT is the mobile wallet such as Apple Pay and other options from some of the major credit card companies. Ryan McInerney Global VP, Visa Inc. said Visa Checkout offers a new simpler way to pay online without having to pull out our your credit card. This grabbed my attention, as I am the queen of online shopping!

All of this sounds very exciting, right? Yes, but with all this technological advancement come concerns about security and privacy. With security being the bigger issue in many people’s minds. Privacy after all is perceived as an issue with Gen X and Baby Boomers. The Millennials are much less concerned about privacy since these folks are digital natives who’s whole lives are online at various social sites.

Still on the minds of many attendees was the question if I am going to put my life, home appliances, car, wallet, etc. on the Internet how do we make it secure? SAS is tackling this today with our cyber security solution as well as other vendors.

The 2015 MWC was truly at the Edge of Innovation. Are you ready?? 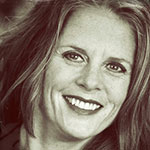 Since Suzanne’s start at SAS in 1997, she has been bringing emerging and innovative solutions to the Communications, Media, Entertainment, Travel and Hospitality industries. Currently, she is Principal Product Marketing Manager for Communications, Media and Entertainment, which includes all aspects of product marketing and is a very exciting role! Suzanne gets to work with global customers and team members on addressing critical business issues. Her marketing tasks include: building out new industry specific solutions, developing new positioning, and producing assets to support SAS' sales efforts. Plus, she works with leading analysts and partners to make sure SAS industry solutions are externally supported and validated. Suzanne’s achievements at SAS include bringing the SAS® Patron Value Optimization to the gaming, sports and hospitality industries. Additionally, she was a key driver in bringing to market SAS Revenue Management Price Optimization Analytics for companies seeking a revenue optimization solution that is different than the typical off the shelf systems. Prior to joining SAS, Suzanne held positions at DMB&B and JWT in New York City, both global marketing communications companies. She holds a bachelor’s degree in business administration from Hofstra University. Suzanne lives in Cary NC. She is passionate about her family, her work and her travels, which include adventure travel.