Canada is a geographically large country, but I've heard that much of the population lives in the small southernmost sections (near the US border). I decided to use my mapping skills, and put that to the test. Follow along, and we'll see what that looks like on a map ... and you might also learn some trivia you can use to win bets in bars!

I had seen on the web, in places such as brilliantmaps.com that 50% of Canadians live south of latitude 45°42′ (45.7 degrees) ... or thereabouts. Brilliantmaps even provided the following map, which imho was a bit disappointing and not very brilliant: 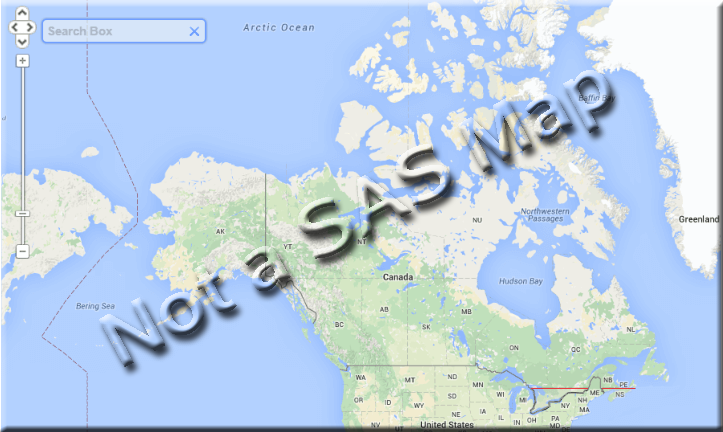 Do you see the little tiny red line they're talking about? You have to look very closely. If you blink, you might miss it! And even if you see the red line, you kind of have to be familiar with US and Canada geography to make sense of it. I decided to try a different approach, that might show things more clearly ...

Rather than just drawing a line on the map, I wanted to also shade the areas above/below the line differently. In order to do this, I needed to 'chop' the map polygons into separate pieces. And SAS provides a tool for that! 🙂

SAS' Proc Gproject not only applies map projections, but you can also use it to subset map polygons along certain lat/long values. For example, here's the code I used to subset the Canada map, and 'chop' off anything above latitude 45.7:

And here's my new/improved version of the map - it not only draws a line along the latitude, but also makes the area of Canada south of the line bright red, so you know exactly what area is being talked about. I think this is much more descriptive than just drawing a skinny red line! 🙂 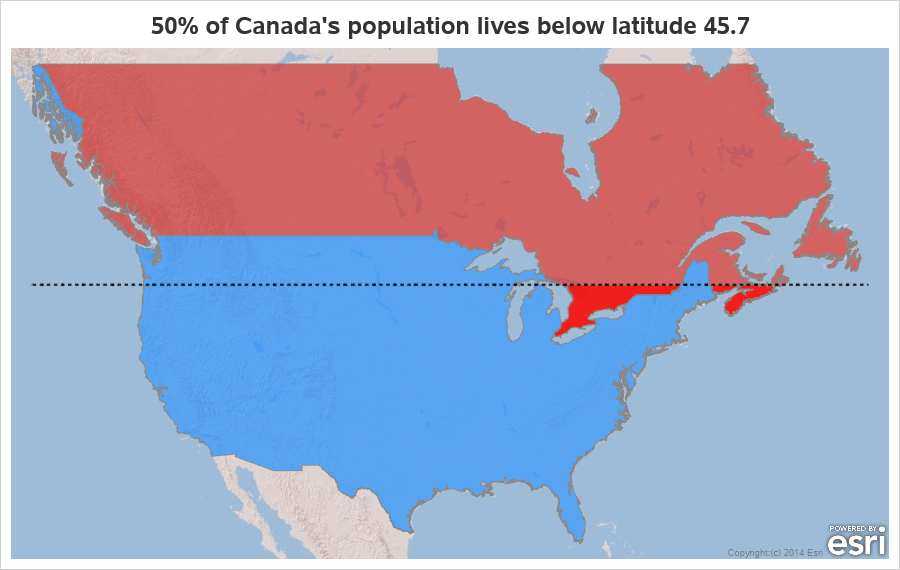 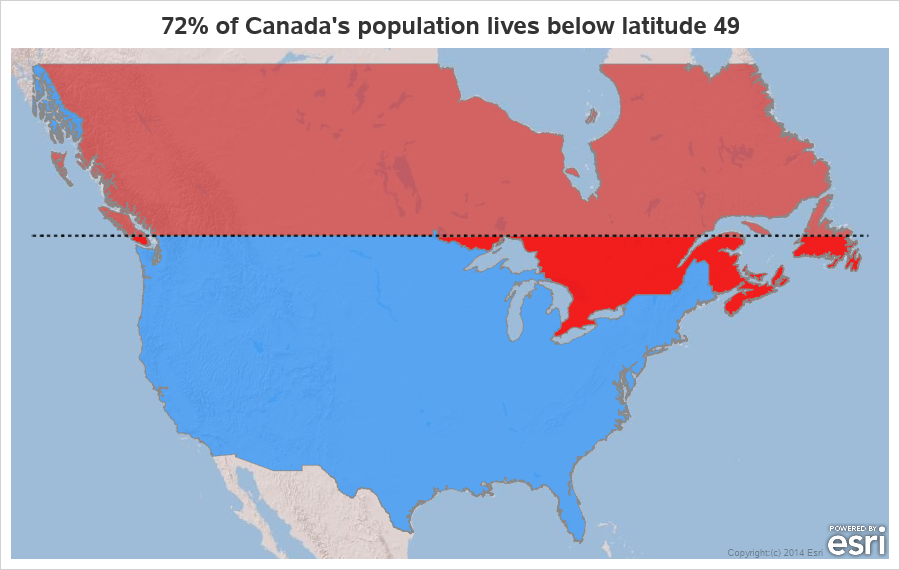 Do you know any other interesting Canada trivia? Feel free to share in the comments!

And as a reward for reading to the bottom of the blog post, here's a picture of me holding up a fish, and my dad checking the boat. My dad and I flew up to Canada, and then rented a car and drove to Sudbury, and then got in a little plane and flew up to a remote lake. The plane landed on the lake (there was no runway, of course), and we stayed in a cabin and fished all week. We were there during the 'off season' and therefore we were the only ones at the lake. I can't say for sure how many Canadians live north of latitude 45.7, but I certainly didn't see any of them living around this area! 🙂 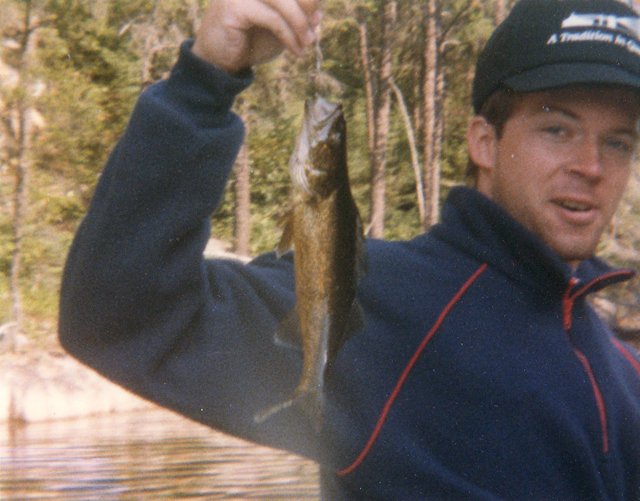 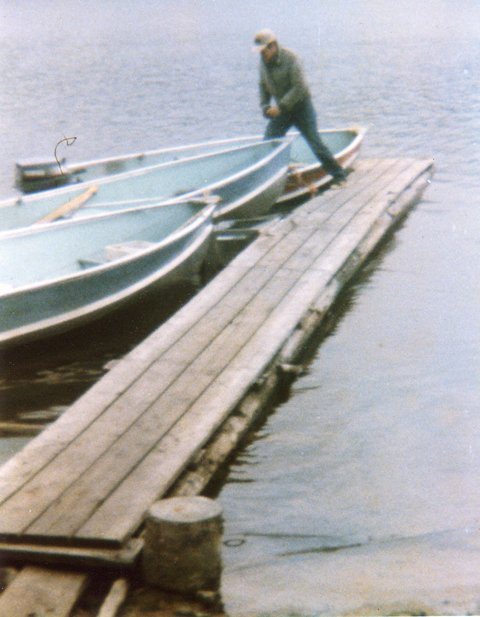