In a discussion on a Reddit map group, someone claimed "Maine is the US state closest to Africa." Is that true? Can I use my SAS mapping tools to confirm, or bust, this myth? Follow along, as I dive in! ...

The Map in my Head (Wrong!)

OK - I know that's not really true, because much of Africa is actually north of the equator. But yet, that's how I think of the two areas in relation to each other, in the (misguided) mental map in my head. Below is what the map in my head looks like (note that I applied huge latitude and longitude shifts to Africa, to create this inaccurate map). 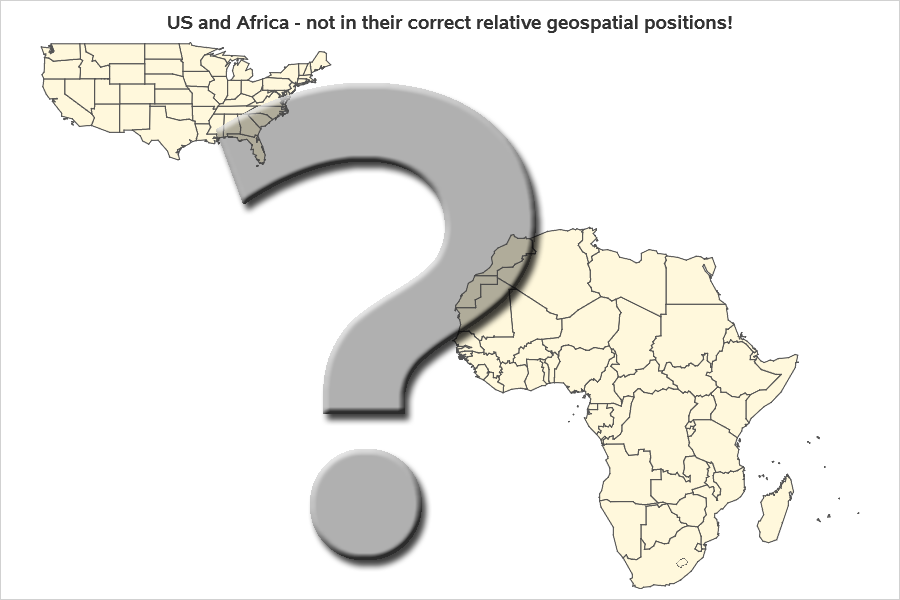 Rather than relying on the (inaccurate) map in my head, let's plot the US and Africa together on an actual map. 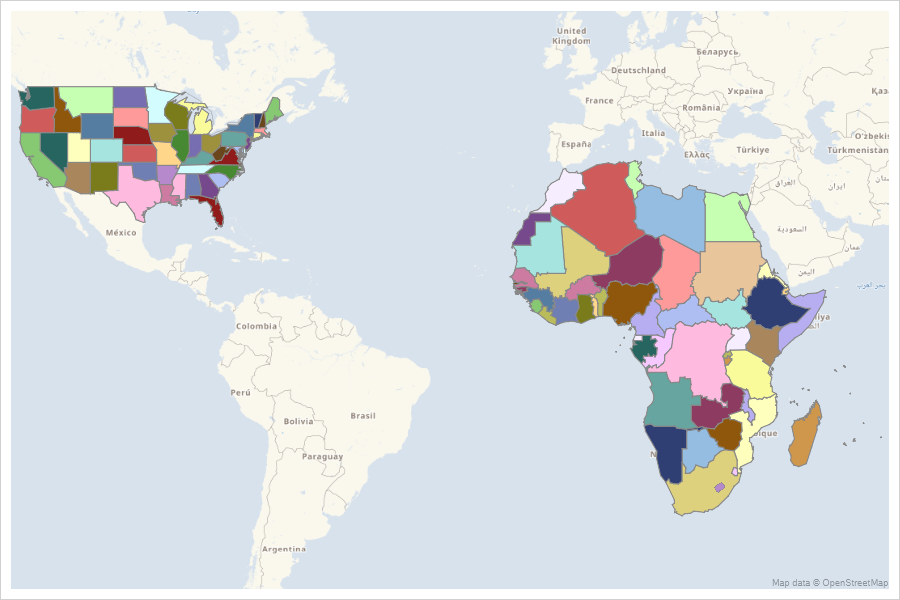 Even with a proper map, it's still difficult to determine exactly/definitively which US state is closest to Africa. You might be tempted to print the map, draw lines between each state and Africa, and then measure the lines with a ruler. But your results would be inaccurate! ...

You can't just measure and compare distances on that map, because when you create a flat rectangular map from a sphere/globe, you have to stretch some areas more than others. In technical terms, we call this 'stretching' projecting the map - the Openstreetmap above uses a Pseudo-Mercator projection to control how they stretch their map, for example. And doing simple measurements of the stretched/projected map is not going to provide numbers you can compare in a fair way, because some areas are stretched more than others.

But there's an alternative! We can use the SAS geodist() function to calculate the geodetic distance between two latitude/longitude coordinates. Therefore, we can pick a lat/long coordinate along the edge of Maine, and a coordinate along the edge of Africa, and then use the geodist() function to calculate the distance between them. It's difficult to know which coordinates to use, therefore I perform the calculation for all of them, and then pick the shortest (the "brute force" solution is often the easiest, when there's plenty of fast & cheap computing power available!)

I then used the geodist() function in a data step to calculate the distance between each of the pairs of coordinates (excluding the points with missing values - those are special data points to denote lakes/holes and such). My laptop plowed through the several million pairs of points, and calculated the distance between every pair, in about 3 seconds.

To find the pair with the minimum distance, I sorted the list by distance, and took the first pair (obs=1). And while creating the dataset, I restructure the data a bit, so the pair of points become the endpoints for a line I'll overlay on the map.

Here's what the 1 observation (obs=1) of the data with shortest distance looks like:

And here's what it looks like with the data modified into two obsns, so I can draw a line between the lat/long coordinates:

Well, technically the text data in the table above tells me what I need to know - Maine is indeed the closest US state to Africa. And we even have the extra information of knowing exactly what lat/long coordinates along the borders are the closest, and what the distance is (in miles). But it sure would be a lot more satisfying to see it plotted on a map, rather than just seeing text and numbers, eh?!?

So I added a tiny bit more code to my previous map example to overlay a line. I specify a plotdata= dataset, and then add a series statement to plot the lat/long coordinates joined with a line. 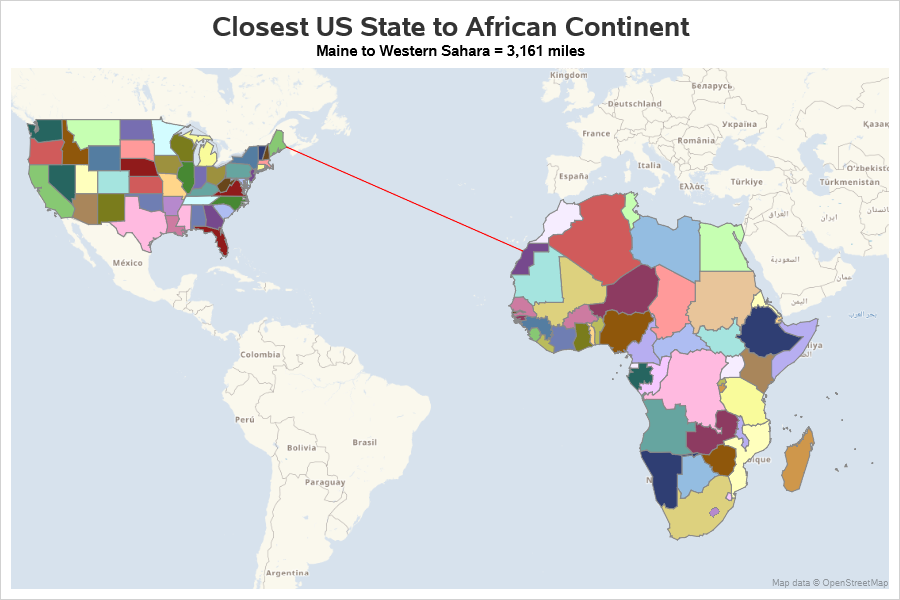 If you like this kind of geographical trivia topic, you might also enjoy my blog post about 27 US states being farther north than Canada! And for those of you who are SAS programmers, here's the complete SAS code I used to create this example.