The Wuhan Coronavirus outbreak has been in the news a lot lately, and everyone is probably looking for a quick/easy way to see the data. The best visualization I've seen so far is this dashboard by Johns Hopkins. Here's a screen-capture:

To Make the Best Better

When I was growing up, I was in the 4-H club. Our motto was "To make the best better" ... and I guess that stuck with me. I even apply that motto to graphs! Therefore, I decided to see what I could do to improve Johns Hopkins' dashboard. My goal was to make the dashboard easier to read and comprehend, while keeping the same look and layout as the original. Below are some of the problems I saw in the their dashboard:

Let's start with the title at the top of the page:

The graphic occupying the most space in the dashboard is the map. It represents the number of confirmed coronavirus cases using red bubbles. 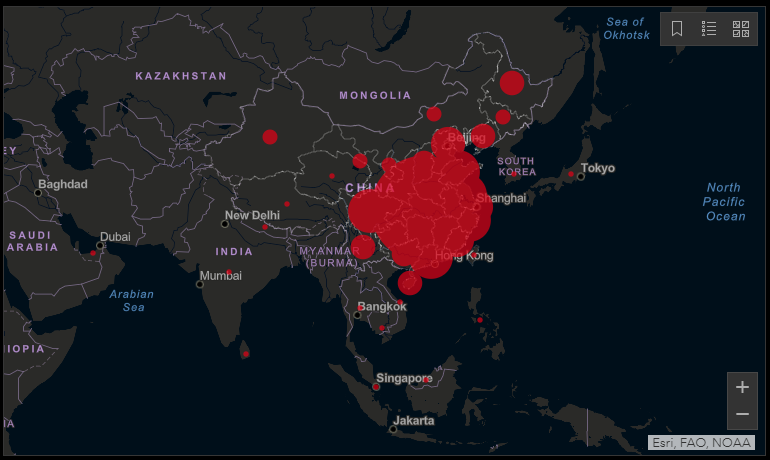 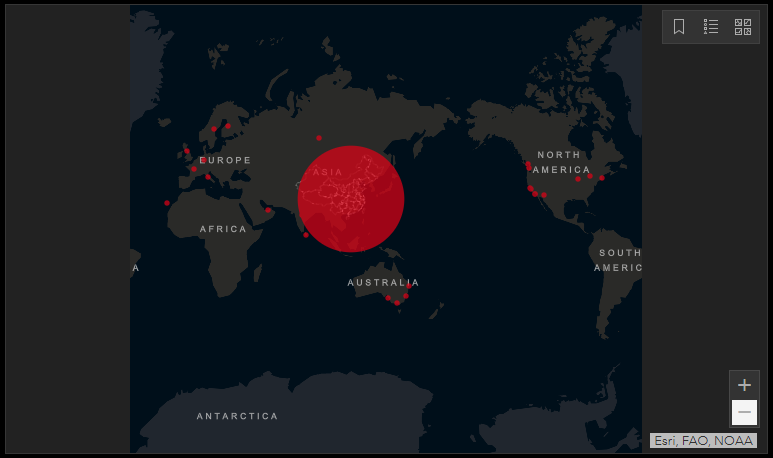 To the left of the map is a summary count of the total number of confirmed cases, with a table below it.

The summary count of total deaths is to the right of the map.

The summary count of the number of people who recovered from the virus is located at the far-right of the dashboard.

The time series graph is below the map. It shows how the number of confirmed cases has increased over time.

Here's my new/improved version of the dashboard. Click the image below to see the full-size interactive version, with HTML mouse-over text. If it's too big to fit in your browser, try pressing the "Ctrl" and "-" (minus key) on your keyboard at the same time to shrink it (similarly, use "Ctrl" and "+" to enlarge it again). 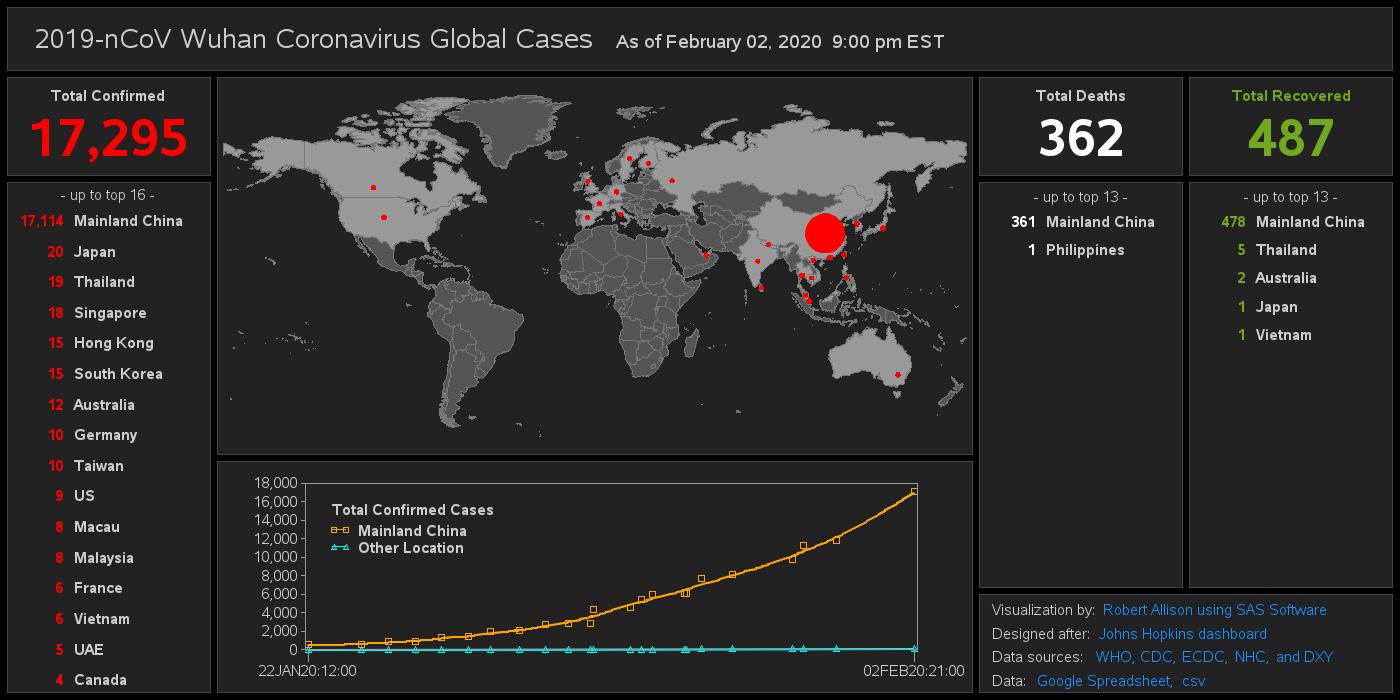 Which of the changes did you like & not like? What other changes would you recommend? Feel free to discuss in the comments section.

I created my prototype dashboard with SAS Software. If you would like to see all the nitty-gritty details, here is a link to the complete SAS code I used.

Looks like Johns Hopkins has made several of the improvements I recommended in their dashboard (yay!) Here's a new screen-capture of their new/improved dashboard. Looking good JH!

Johns Hopkins moved their data from a Google spreadsheet to csv files in GitHub, and changed the format a little. Here is my new SAS code that works with the GitHub data.