North Carolina is one of those key "swing states" that might possibly decide a national presidential election. And with such an election coming up next year (2020), I thought I would have a look at the voter registration data to see how it has changed since the previous presidential election (2016). 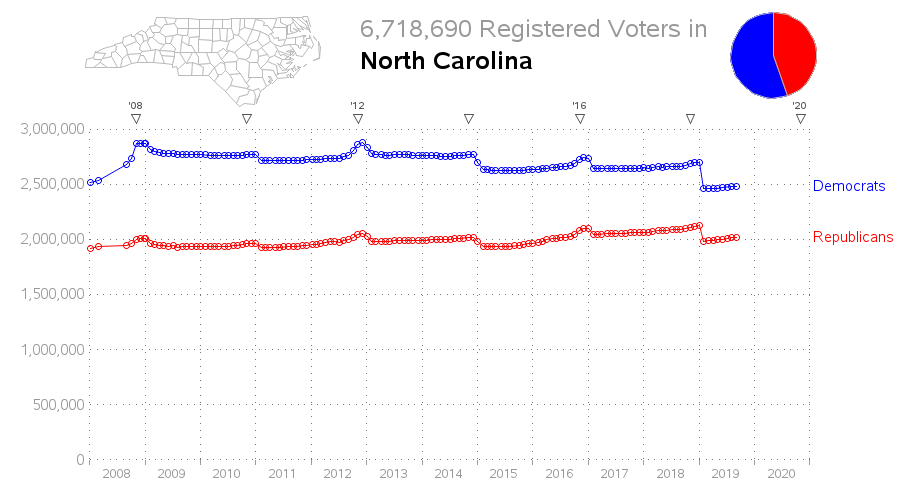 It looks like the number of Republicans has held steady during those years (with perhaps a slight increase). And the number of Democrats had a big increase during the 2008 voter registration drives, but has declined back down to about the pre-2008 numbers now (with perhaps a slight decrease). And there are currently about 500,000 more registered Democrats than Republicans.

But wait - is that the whole voter registration story?!? ... Not quite! What about the people who registered neither Democrat nor Republican? If we add them to the graph, we see that the number of people registered Unaffiliated is a formidable voting force. It actually became higher than the number of Republicans around the 2016 election. And a quick glance at the pie chart shows that the Republicans and Unaffiliated combined outnumber the Democrats. 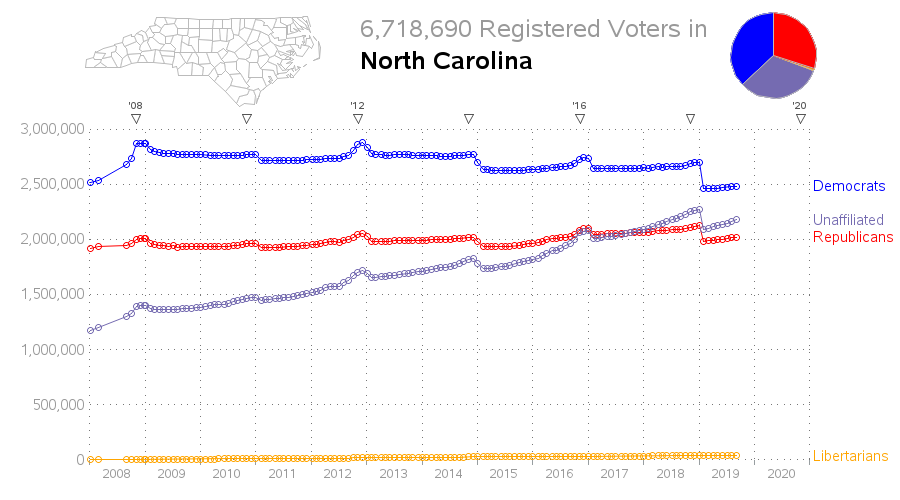 Glancing at the graph above, it looks like the number of Unaffiliated might even be higher than the number of Democrats by the 2020 election (the triangle markers along the top edge of the graph denote the election dates). It's impossible to say exactly how voter registration trends will continue into the future, but out of curiosity I extended the current trends into the future using straight lines. With the straight line forecast, it looks like the number of Unaffiliated might still be slightly lower than the number of Democrats at the 2020 election. (But with voter registration drives right before the election, the lines won't actually be straight - so you never know!) 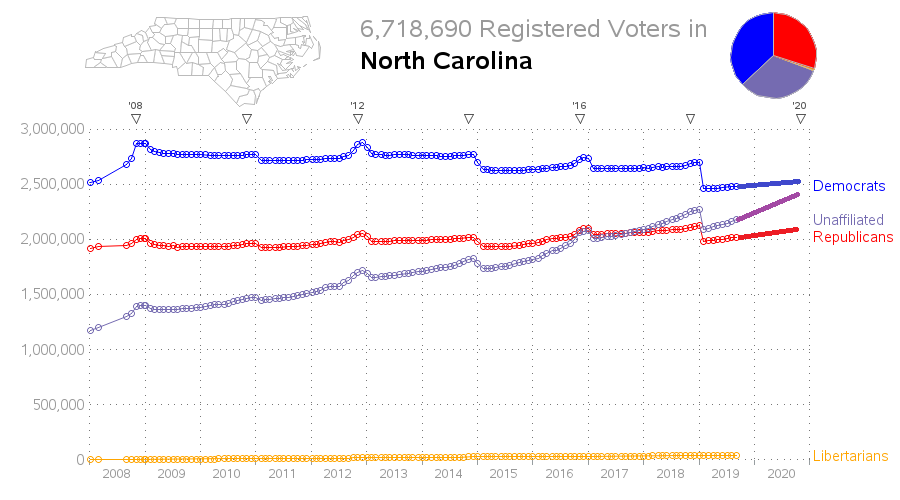 Of course, the big question ... will the Unaffiliated vote for Democrat or Republican candidates? (or neither, or both?) Some people have tried to determine this with surveys and exit polls, but history has told us you can't really rely on such methods. Many of my friends tell me that they don't respond to surveys and exit polls, or they intentionally give misleading responses. So, the only thing I can predict with certainty is that 2020 will be an 'interesting' election year in North Carolina. 🙂

What are your theories about voter registration, and the 2020 election? (feel free to discuss in the comments)