For many years, the Toyota Prius was the hybrid with the best mpg - but in 2017 that's changing! Let's examine the data ...

For analyses like this, I have found the fueleconomy.gov website to be a wonderful source of information. In recent years, they've even made all their data available in a csv file that's easy to download! I wrote some SAS code to import their csv, and then I was off to the races (figuratively) to create some graphs. 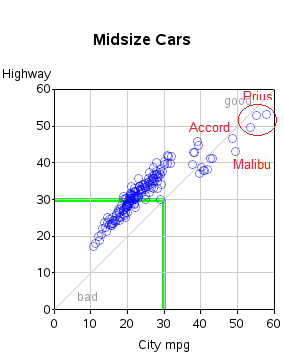 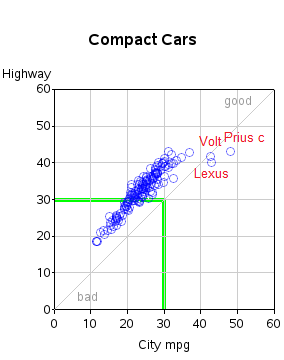 But there's a new vehicle coming onto the market in 2017 that gets better mpg than all the Prius models ... and surprisingly this vehicle is in the "large cars" category! It's the Hyundai Ioniq Blue, which should start selling sometime early this year (2017). Its EPA ratings are 59.4 mpg highway and 56.5 mpg city! 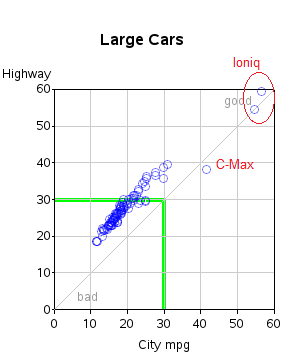 Will the Ioniq hybrid really get that many mpg when people start driving it? - Time will tell! As you might recall, when the C-Max hybrid first came out in 2012, Ford claimed EPA mpg numbers that beat the Prius, but later had to revise them to lower-than-Prius levels.

And now for a bit of car-related fun ... Two of my co-workers, Mary & Thelma, have a dad who restores and customizes Corvettes. I've seen his work, and he puts out some truly spectacular cars. Here's a picture of an example they loaned me for my blog - it's a 1975 Corvette (customized to be a station wagon, using the Greenwood kit) with a 454 cubic inch 8-cylinder engine. 454 cubic inches is over 7.4 liters - by comparison the Prius gasoline engines are 1.5 & 1.8 liters. They estimate this Corvette gets about 15 mpg ... but who really counts mpg on a hotrod Corvette, eh?!? 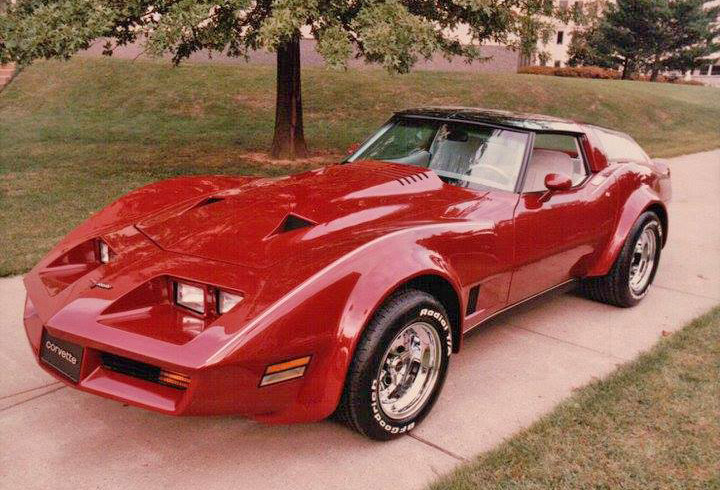 And here's a car my buddy Richard has owned for 30 years. It's a 1973 Plymouth Valiant, with a slant-6 motor and automatic transmission. The engine was converted to the 2 bbl Super Six intake system. The transmission is from a Volare station wagon, and it has a 245 rear differential from a Highway Patrol Dodge Dart. He claims he averaged 37 mpg from NC to IL and back. 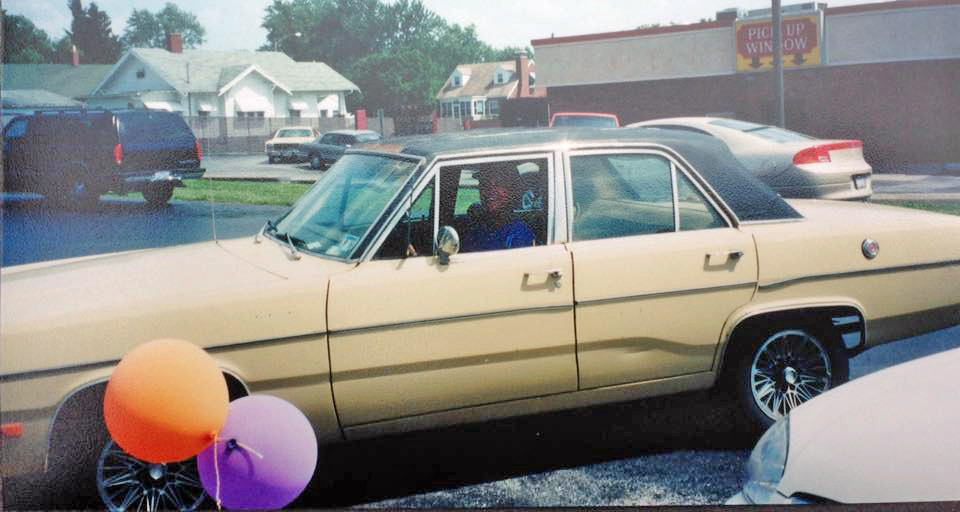 So, what's the favorite vehicle you've owned, and what mpg did it get? :)