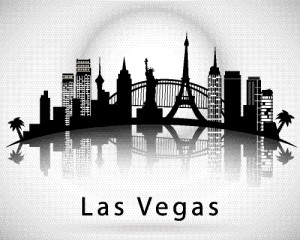 In October I will be at the Analytics 2015 conference in Las Vegas.  I’ve never been to Las Vegas before.  People tell me that if you are better than average in forecasting where a small ball will end up after it’s been spinning for a while in a dish with 38 numbers, then you can earn lots of money there.

I’ll be flying to Las Vegas from Raleigh-Durham International Airport.  Of course, I hate to be delayed, so I would really like to know what the weather would be like on my traveling days.  I sure hope that there won’t be too many hurricanes along the way.  That can ruin a whole trip.

Coincidentally, my rooftop solar photovoltaic system will have its first birthday in October.  I’d really like to know how I can squeeze more electricity out of those solar cells.  I wonder why I seem to be getting so much more production on some days than on other days.

My manager here at SAS is named Chip.  Chip is really into forecasting things, so he said he could help me with all of my time series decisions.  Of course, nothing in this life is free, and so in exchange for his help, I was tagged to help develop a foundations course in time series analysis and forecasting.  Chip assembled a ragtag team composed of himself, Danny Modlin, Jay Laramore, and me, in producing a course for people just like us – well, hopefully not as ragtag as us – who want to understand the fundamentals of time series analysis and hope to do a little bit of forecasting. The new course is called Time Series Modeling Essentials.

Until now, anyone who wanted to learn about time series analysis and forecasting needed to start with our course Forecasting Using SAS Software: A Programming Approach.  That course is great, but it does require some background knowledge in time series to grasp the techniques used.  We all agreed that it was not the best introduction for someone who has a good grasp of statistical and analytical concepts, such as regression and ANOVA, but no familiarity with how to use time as a factor in their models.

We decided to focus on three modeling approaches in the course; exponential smoothing models (ESM), which are great for a quick dive into time series with fairly regular patterns across time; Box-Jenkins, or AutoregRessive Integrated Moving Average (ARIMA) and ARIMAX (which are ARIMA models with an eXogenous input variable) models, which handle predictor variables with a lot of flexibility; and Unobserved Components Models (UCM) which can handle all types of patterns in time series data.

Danny showed us how we can all use ESM to model hurricane activity in the Atlantic Ocean.  So, if my flight plan from Raleigh-Durham to Las Vegas involves flying over the Atlantic Ocean, I am ready to make my forecast.

Jay has been working hard on that model forecasting dice rolls and roulette wheel results in preparation for his trip to Las Vegas.  He’s trying to find an ARIMA model that will do the trick, but is apparently being foiled by this thing called "white noise”.  I had always thought that white noise was just what I hear when I tell a fantastic joke, but apparently it is also an attribute of a time series with no discernable pattern.

As for my solar production, one day a light went on inside my head (powered by the sun, I hope).  It occurred to me that I have lower production on cloudy days than on sunny days.  That was a revelation.  Lucky for me, the X in ARIMAX can accommodate external variables, such as percentage cloud cover.

Chip is a cautious guy and is kind of nervous about possible crime when he goes to the conference.  So, he has UCM to model violent crimes there.  However, as we have been told by the Las Vegas tourism board, “what happens in Vegas stays in Vegas,” so Chip had to use Texas data to build his model.  We all hope, for his sake, that Las Vegas is just like Texas.

One of the neatest things about this course is that we teach students to create time series models in SAS, both directly, using SAS procedures in SAS/ETS, and by using a new set of time series tasks in SAS Studio 3.4.  The developers of SAS Studio are seriously focused on educating and these tasks not only help us teach the tasks, they enable us to explain how the checked options affect the SAS code being produced and help us discuss what those options help us to do in a model.  I can’t say enough about the work that has gone into the development of SAS Studio.  I think that our students will agree – both those who already love SAS coding and those who don’t (yet, but possibly will).

Anyway, if you’re in Las Vegas during the Analytics 2015 conference, say hi to me.  But, don’t look for me at the gambling tables.  Working on this course has convinced me to stay away from the casinos.  I can forecast that if I do play, I will lose money.  If I’m going to lose money, I at least want some garish souvenir to bring home to my wife to show for it.

Editor’s note: The Time Series Modeling Essentials course will be held on Oct. 28 – Oct. 29 in Las Vegas. You can learn more and register for the course online. 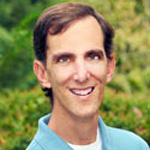 I'm a UNC-Chapel Hill graduate from New Jersey. I've been with SAS for 9 years now, after having worked at Duke and UNC. I've never had a pet in my life - not even a sea monkey. When I was young, I wanted sea monkeys. I teach statistical and other analytics classes here at SAS and I really enjoy it.