In the long-running television sitcom “Seinfeld,” Jerry’s neighbor (and nemesis) Newman often commented on his job as a U.S. postal worker.  Making fun of the mail; and post office; was a recurring theme. In the show’s final season, one episode was even titled “The Junk Mail

I was reminded of Newman; today while reading in Raleigh’s daily News & Observer about Steven Padgett, a renegade (and now former) postman who just received probation. His offense? For years, he kept (and did not deliver) third-class mail, sometimes referred to as “junk mail.”

Per the article: “Postal inspectors went to [his]home this spring and discovered the third-class mail piled in his garage and buried in his yard."

According to the story, Padgett is being praised by many as a kind of folk hero for his actions.One commentator chimed in:

“That 'Mailman Steve' should get a commendation," said Doug Kopp of Washington, D.C. … "I'm so fed up with junk mail …"

;With such abhorrence for junk mail, what are companies to do? Given the very challenging economy, marketing departments that rely on direct mail are under the gun.Consumer spending is stressed.Mailing costs are rising.Marketers need to more precisely target mailings – whether a retailer; sending a promotional mailing or catalog, a bank; offering new credit cards, or a telecom provider unveiling new services.

The answer is analytics.With analytics, retailers, banks and other companies can better target your so-called junk mail so you only receive the most relevant promotional offerings.

Without it? Angry customers and overflowing mailboxes: 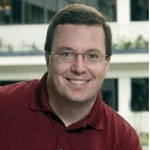