The SG Procedures do not support creating a 3D scatter plot.   GTL has some support for 3D graphs, including a 3D Bi-variate Histogram and a 3D Surface, but still no 3D point cloud.  The lack of such a feature is not due to any difficulty in doing this as GTL already support the LAYOUT OVERLAY3D container, but the fact that there was no one urgently requesting such a feature.

However, often we do have a need for  visualization of 3D data, and it would be nice to be able to do this.  So, here I have presented a macro that uses the features of the SGPLOT procedure to display 3D data.  This uses SAS 9.4 features to render the walls, axis labels and the  filled "spherical-looking" markers.

Note the following items in the macro invocation above:

The macro maps the 3D data to a unit cube, and projects the data into the view space using an ORTHOGRAPHIC projection.  This avoids distortion of the data that can happen when using a perspective projection. 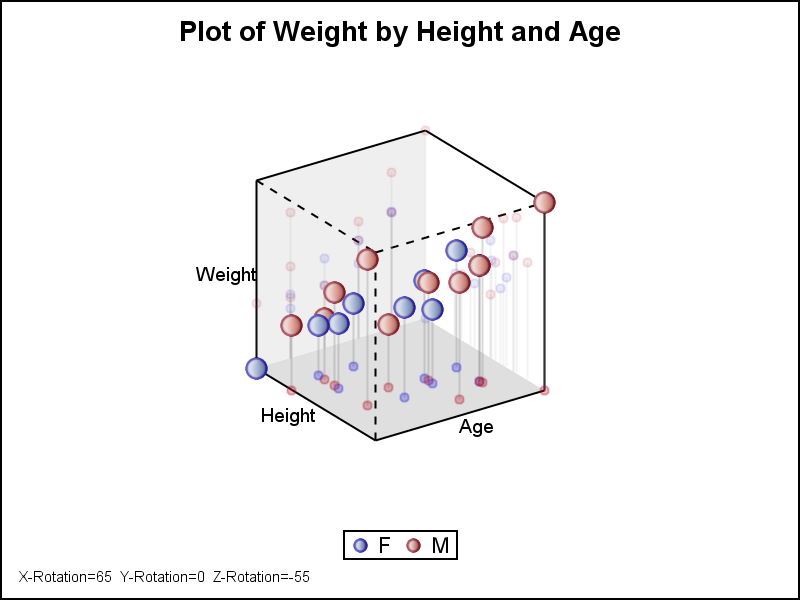 Here are the features of the graph:

The same macro can be invoked for other data such as all the Sedans in the Cars data as shown below: 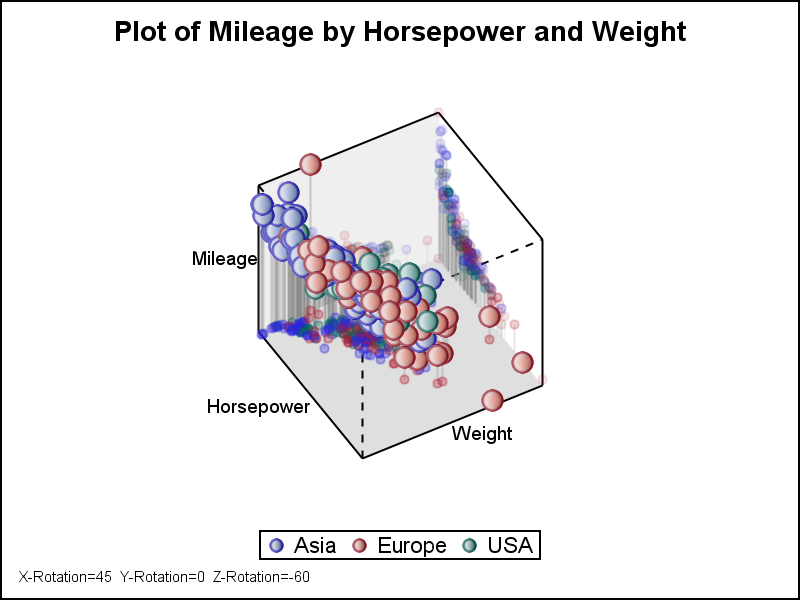 For those interested in the process for projection of 3D data on to a 2D plane, the View Matrix for the Orthographic Projection is shown below.

We can also use the standard way to create an animated GIF or SVG file that helps in the visualization of the data.  I will include that in the next post.

Note the macro is provided for illustration purposes on what is possible.  I have not rigorously tested all settings and use cases.  If visualization of 3D data is something you feel you need, please chime in with your suggestions for more 3D plots right here, or to SAS Technical Support.