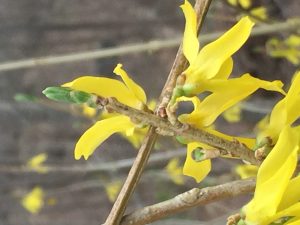 Is this menopause? Maybe you've noticed some changes. Perhaps it’s the occasional hot flushed feeling that erupts like a volcano or maybe it's the irregular periods when you’ve always been like clockwork. Although menopause is often thought of as a singular event, it isn’t unless you are undergoing chemotherapy that often shuts the system down or you had surgery such as ovary removal that put you into sudden onset menopause. Even then, unless you’re very young, you may have already been experiencing perimenopause. I’m getting ahead of myself, so let me begin by saying that there are so many ways to approach the topic of menopause. In fact, when proposing this topic months ago, I had another idea in mind. After much contemplation, I decided to blend history with the present.

Two decades ago, I taught a graduate school course at a university – Maternal and Child Health. We focused on a woman’s reproductive years. These years are often seen as the “important” ones. It’s a time of vitality, creating new life and helping our genetic seeds flower in generations to come. Today, I want to bookend our reproductive years.

Society has emphasized the fact that females become women when they start their menstrual cycle. It hasn’t always been that way. Before the 19th century, medical professionals didn’t realize that menstruation was linked to ovulation (a time when conceiving a baby is optimum). In fact, the belief was that the monthly cycle was nature’s way to help a woman calm her emotions. Way back, history had some other fun ideas. Some myths were that menstruating women should not be near wine because it would sour in her presence. She should also stay clear of crops because they will wither. My favorite is that bees will die…not sure why. These are just a few. We’ve come a long way, even from the 1940s when Disney got involved with reproductive education.

On the other end of the spectrum is menopause. The end of a woman’s fertility used to be labeled as a deficiency disease. The views surrounding the “change” have been harsh. In the late 1600s, a total of 16 women in Salem, Massachusetts were accused of witchcraft for their use of herbs and assertiveness. It's recorded that thirteen of them were older and no longer fertile.  In the early 1800s, the term “menopause” was coined, but negative emotional and physical ailments were linked to it. Finally, in the 1844, Dr. Samuel Ashwell brought new light to menopause that wasn’t fear-based and negative. Unfortunately, the Victorian era evolved. The mindset was that menopause was a mental illness and women should be placed in an asylum. In fact, physicians in England routinely prescribed douche cocktails containing acetate of lead, morphine and chloroform. Maybe this was their way to ensure that a woman would become hysterical! Just a few of the side effects alone from this poison concoction were anemia, nervous disorders and kidney complicat 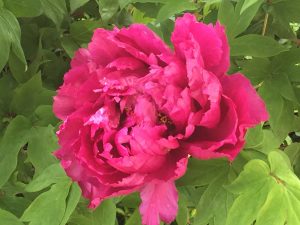 ions. I suppose this is why an accepted idea at the time was that Jack the Ripper was a woman. Not so long ago, in 1969, Dr. David Reuben published a book indicating that menopausal women are not a man but no longer a functional woman. Wow! We have come a long way in the last 48 years! Menopause shouldn’t be viewed as the end, but rather a time of liberation, reflection and being wise.

Let’s look at menopause a little closer. It’s defined as 12 consecutive months without a menstrual period. It’s caused by a decrease in hormones such as estrogen with 51 being the average age in the United States. Physical changes can occur years prior to official menopause. This phase is called perimenopause. Depending on the woman, this transition may last for a few years to a decade. In fact, women in their mid-30s can experience it and not be aware. Symptoms include night sweats, anxiety, depression, hot flashes and sleep disturbances. This is all caused by the fluctuation in hormones. It’s estimated that ~75% of women experience hot flashes lasting for more than 5 years. With the hot flashes, women wake up in night sweats which impacts their sleep. Without quality sleep, our bodies are not able to recover, our central nervous systems are more stressed and we lack concentration when we're awake. Postmenopausal symptoms are the same with more emphasis on insomnia. We have a greater risk of osteoporosis (porous bones where the density and quality of bone is reduced and the risk of breaking is greater) and heart disease due to the decline in estrogen.

Menopause isn’t the end of vivacity. It can be a wonderful phase in a woman’s life and it is a time to practice self-care. I often have women ask me what they can do to reduce and even eliminate symptoms without a prescription. The first step is a plan because your health is in your own hands. With my background of research, nutritional biochemistry, health education and simply knowing my body, I created my own plan of action. I am confident that this is the reason why I have only experienced some of the common symptoms that many women and friends tell me about just once in my life.

Let me tell you about that day. I wen 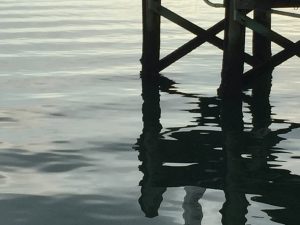 t off protocol and I remember that one time very vividly. I occasionally thought that maybe I was one of the lucky women.  Perhaps my body was programmed so that I wouldn't experience menopausal symptoms. Well, I was wrong! After a plethora of back to back hot flashes triggered by travel, a lack of sleep, a sweet (alcoholic) Mai Tai consumed while sitting in high altitude at a pool on a hot and sunny day, I decided that indeed my plan had been working. I never wanted to experience that again. (Yes, that was ONE day of all those things experienced for a few hours back to back that I like to call the “Perfect Storm!”)

What is the magic formula? Lifestyle choices, lifestyle living! “Let food be thy medicine and medicine be thy food” is a quote from Hippocrates (the father of medicine). One of my favorite sayings because it is true. Eating a clean, nutrient-rich diet is one essential piece of the puzzle. For more information, seek out assistance by talking with one of the HCC nutritionists. Exercise/movement is amazing! It can improve your cardiovascular health and assist in maintaining or improving bone health through strength training. Other wellness modalities include practicing yoga. Not only can it do wonders for stress but it can also improve bone health. Practicing mindfulness – formally through meditation or informally in daily life activities – is another key component to easing into and through menopause. All that I’ve mentioned so far can also improve memory. Journaling can be helpful by recording what you’re grateful for which will help bring out the positive in life.

To hone in on one modality, we’ll look at yoga and osteoporosis. The latest statistics show that more than 700,000 spinal fractures and over 300,000 hip fractures occur annually in U.S. women. The good news is that yoga can assist. A ten-year study by Loren Fishman was released in 2015. Over 700 participants were involved. Each was asked to perform 12 weight bearing yoga poses a few times a week. After a decade, a total of 227 were compliant. Results revealed that this group saw a significant improvement in bone density in both the spine and femur. This is wonderful news, especially since 83% of this group had osteopenia (bones are weaker than normal but haven’t broken due to bone loss) or osteoporosis when they began the study. 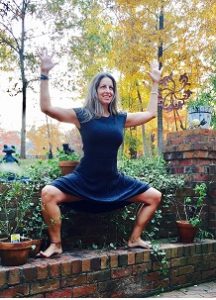 If you combine mindfulness meditation with yoga and splash in a little aromatherapy, you will feel strong both physically and mentally, flexible and calm which will help you let go of stressors and get a good night’s sleep.

Last, but not least, it’s all about attitude. A positive approach to life will take you far. This is not “the beginning of the end.” Menopause (the peri and the post) isn’t a time of losing your identity as a woman. On the contrary, it is a time of self-discovery, independence and finding your goddess within.