Tips for parallel processing in CASL

You will be shown how to perform parallel session processing in CASL through a series of steps. First, the individual CASL functions and statements necessary for handling parallel sessions will be introduced and explained. Example code will also be provided that can be repurposed for your own projects. Next, the performance improvements realized by using parallel sessions will be measured using a Shapley value calculation example program where the total processing time was reduced by 83.36% (6.01 x speedup). This Shapley value calculation example also investigates the relationship between CAS server sizing and performance. Finally, some examples will be given that demonstrate CASL’s flexibility, parallelizing entire CASL programs using parallel runCasl and user-defined action calls.

There are many different language features in CASL used for interacting with parallel sessions. Example 1 below is a simple example meant to demonstrate all the CASL features that will be used in this post. The CASL programs included are meant to be executed in server-side CASL in SAS Viya 4. For more information about this, consult the “How to Run the Examples” section at the end.

All parallel CASL programs rely on the CASL statements/functions used in Example 1. It’s up to you to start and stop any parallel sessions used as well as handle the action results that come from those sessions. Please consult the CASL documentation for more information regarding these features, as they will be used heavily throughout the remaining examples.

Model training is a common task within data science. Often, many models of different types are trained and then assembled together. If these models do not depend on one another, they can be trained simultaneously. Example 2 uses the workflow from Example 1 to train two separate models at the same time.

Training two models at once is faster than training them sequentially unless all the CAS server’s resources are being used. Consider the performance section following Example 4 below for an analysis of speed-ups gained using parallel sessions.

Most CASL scripts that use parallel sessions resemble the program in Example 2. They use the same language elements and a similar pattern of spawning/terminating sessions. That said, it is feasible to copy the code from Example 2 and modify it to fit your needs. But as the tasks being parallelized become more complicated, and the number of actions that need to be submitted in parallel grows, strain can be placed on the CAS server and the programmer. Below are a few of the things that you must consider when writing such a program:

How many sessions should you use?

There is an upper limit to how many actions a CAS server can process at once before you stop seeing performance improvements. Additionally, starting sessions takes time. Combining these two facts, it’s possible for the total duration of a series of tasks to increase after the CAS server’s computing power has been saturated. For a given task there exists an optimal number of parallel sessions to use to maximize performance. More details regarding selecting how many sessions to use are provided in Example 4.

To queue or not to queue?

Actions can be queued for processing within sessions. More than one action can be submitted to the same session at the same time, where they’ll be run sequentially. When actions are submitted this way, the CAS server does not need to wait on the client for further instructions when it completes an action. It can just start processing the next action in the queue.

When determining whether to use queueing, the main thing to consider is the duration of a single action. If you're submitting multiple fast actions, queueing is a good idea because the overhead of waiting on the client for the next action is high. If you're submitting a few large actions, the overhead is not as cumbersome, so queueing is unnecessary. Using queues when they are not necessary can make your program distribute work sub-optimally, leaving some sessions with no remaining work while other sessions still have a long action queue.

The main function to analyze in Example 3 is runParallelActions(). This function accepts an array of action calls. Then it evenly distributes those actions to the specified number of parallel sessions. Finally, it returns the results from those calls in the same order that the actions were submitted. Instead of worrying about starting/stopping sessions and handling wait_for_next_action(), you can create an array of action calls and use runParallelActions() to handle the parallel session work. In addition to specifying the number of sessions to use, you can specify the number of workers to use in each session, CASL code to run when each session starts (useful for loading tables/action sets), and the number of actions to queue into each session at once. The remaining Examples 4-6 make heavy use of runParallelActions() to handle parallel action submission.

The runParallelActions() function and the parallel session logic contained within it are powerful tools for data scientists. But it is important to remember that CAS resources are often shared by many people within your organization. Submitting too much work to a CAS server at once puts the machine at risk of running out of memory for sufficiently large jobs. Or it may simply use all the available processing power, preventing other users from using the machine. Please be a good steward of shared resources when using runParallelActions() function and other CASL functionality mentioned here.

In the next section, the parallelShapTest() function will be called with many different parameter combinations to measure the performance impact of parallel sessions.

The numbers in the table represent how much faster the shapleyValueTest() call is than the base case for that session number/worker count combination. The base case used for the relative comparison was the single-session, five-worker case because that case represents the default speed the work would take if the actions were submitted sequentially. Only relative performance values are shown here because the absolute duration will vary between SAS Viya installations. As an example, using 20 sessions that each use a single worker is approximately 6.01x faster than running the actions sequentially.

There are two trends to notice. First, using fewer workers per session speeds up the performance significantly. Communicating information between machines can take a lot of time. This communication overhead can sometimes overwhelm the performance gains of using more than one processor. Second, using multiple sessions speeds up performance, but only up to a certain point. There is very little difference in the performance of the 10-session cases and the 20-session cases. After a point, the CAS server will be using all its resources processing actions, and submitting additional actions will produce diminishing returns.

Not all data science tasks can be done in a single action call. Evaluating a model’s performance on validation data, for instance, takes at least three actions calls: one call to train the model, one call to score the model, and a third call to assess the model. If many of these models need to be trained and assessed, parallelizing those action calls can be complicated because some of them depend on one another. Luckily, we can take advantage of the runCasl action to stitch together a string of action calls. Then we parallelize the execution of the entire CASL program, such as in Example 5 below.

In Example 5, a CASL program is written using a source block. This CASL program trains a forest model on a training partition and evaluates its log loss on a validation partition. The CASL program is then submitted multiple times for many different numbers of trees (a forest parameter). And these CASL calls themselves are evaluated in parallel. Effectively any task that can be performed in CASL can be written and executed this way to maximize performance.

Example 6: Parallelizing a CASL program with a user-defined action

This blog series is all about how you can take advantage of SAS Viya and its distributed architecture to run individual data science tasks in parallel. As shown in the previous post, many data science tasks benefit from a parallel implementation. CASL gives you control over exactly what processes are being run in parallel. It can have a significant impact on the performance of common tasks. This was demonstrated in the Shapley value calculations in Example 4. CASL also offers flexibility, allowing users to define and execute entire CASL programs in parallel using tools such as runCasl and user-defined action sets. I hope that the examples in this post have inspired you to utilize parallel CASL sessions in your next data science project.

How to run the examples

It would be overly verbose to include the PROC CAS and QUIT statements for every example in this post. So these statements were omitted, leaving only the server-side CASL code. You can copy and paste the example programs into a source block to run them.

Some of the examples will themselves use source statements, which cannot be nested. For these examples, you can save the server-side CASL program to an external file and load it into CASL using the readPath() function.

The server-side CASL code being submitted to the CAS server has been saved into a different file and is read in as a string. A similar method can be used in any programming language that has access to the file system and can establish a connection to the CAS server. 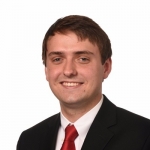 Ricky Tharrington is a Machine Learning Developer in the Advanced Analytics division of SAS R&D. He works on SAS’s Machine Learning Pipeline Automation tools and he is passionate about providing SAS Users the ability to quickly train highly predictive machine learning models.