The city of Heidelberg, Germany is known for its romantic cityscape, which attracts tourists from all over the world. It also has the youngest population in Germany, thanks largely to the many students at one of Europe's oldest and largest universities. Perhaps less well known is that Heidelberg is twinned with Palo Alto in Silicon Valley.

This is no coincidence, but an expression of an ambitious digitization strategy. Targeted exchanges are intended to create high-tech jobs and develop services for citizens. And things are moving: The Heidelberg Business Development Center, located at Palo Alto Square, is bursting at the seams. A lively start-up scene benefits from the proximity to the university, the renowned university hospital and the local, already established companies. Germany's only "Gameshub" in the LifeSciences sector, for example, is trying to apply game development methods to forms of therapy for diseases, i.e., a combination of software know-how, game psychology and clinical expertise. 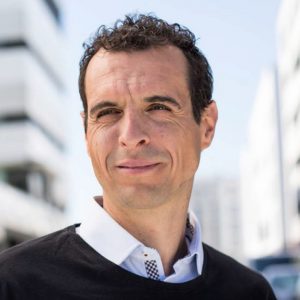 A separate Digital Agency is driving forward digitization and smart cities projects in the city. The advisory board of this development company includes important players from city society, such as the university, as well as company representatives and scientists from relevant fields. SAS is also involved, bringing ideas from the global business as well as advice for local data science projects.

I spoke with Sebastian Warkentin, Managing Director of the Digital Agency, about the agency's development and future plans.

Sebastian, looking back over the last few years, what were the decisive steps in the digitization strategy of the city of Heidelberg?

First of all, the starting signal from the Lord Mayor! Without the top of the administration, no change that ultimately goes hand in hand with digitization can be driven. Then, from my point of view, it was the participation in the BITKOM Digital City competition in 2017, for which we bundled our ideas into a vision, thus creating the basis for strategic digital city development, which also led to the founding of the Digital Agency, as an initiator, driver, coordinator, and also project implementer.

We are now benefiting from our step-by-step approach:

In parallel, we have adopted a data strategy, maintained active exchange with offices and neighboring municipalities, and thus gradually stimulated a professional data culture.

Let's stay with the Climate Compass for a moment. What is it about, why is it an example of a data room?

The Climate Compass is an environmental data platform that we developed in cooperation with the Office for Environmental Protection, Trade Inspection and Energy, the Office for Digital Affairs and Information Processing, and SAP SE as an implementation partner. It is about a uniform provision of weather information by networking the existing weather stations, some of which were operated by the city, the university or other institutions.

This required uniform data models and interfaces that everyone could agree on. Here, for the first time, we consistently implemented the FIWARE framework, which proposes exactly such standards and elaborates them for different domains. We were supported in this by one of the consortium partners of this framework, NEC Labs, which is also based in Heidelberg.

In the end, this was so successful that even private weather data providers approached us and offered a swap: They want access to this data and in return they give their data to this platform as well. This increases the benefits for all parties involved, creating a self-reinforcing effect - a project that could serve as a model for organizing the data budget in a similar way in other urban areas, such as mobility or culture, in order to bring the data out of the silos and into use.

You have now participated in the SAS Hackathon with a project on flood forecasting. What was the motivation?

Of course, there is a lot of attention on the topic after the flood disaster in the Ahr Valley in 2021. Heidelberg is also repeatedly affected by floods, which can be seen well in the markings carved in stone in the old town. So there is a relevant interest in examining the existing instruments here and improving them if necessary.

In this regard, we have clearly benefited from our preliminary work. Through the existing infrastructure and, above all, the creation of data rooms, we were able to easily and quickly access the necessary data from precipitation sensors and on water levels and process them in such a way that an analytical model could be developed. This model has produced surprisingly good results - and on a data base that has been narrow to date. Now we are thinking about how we and can make the hackathon project a supra-regional approach, because more data and cooperation with neighboring municipalities or higher-level authorities that goes beyond Heidelberg would further improve the model.

Check out how the Town of Cary, NC uses analytics and IoT to predict and mitigate flooding.

What other project ideas are you pursuing with your team?

We are working on a wide range of topics, ultimately prioritizing ourselves according to where we can provide the greatest benefit for citizens and visitors to Heidelberg. How can traffic flows be recorded in detail and in compliance with data protection regulations in order to optimize traffic junctions? How do we avoid parking search traffic, or even topics such as an analysis of vehicle commuter flows in order to make alternative offers more attractive? That would be a clear benefit for all citizens and completely in the sense of the climate model city Heidelberg.

Digitization is a marathon, but with many small sprints.

Then we also get involved in the planning of the large conversion area development of “Patrick Henry Village” – a former US military site. How can we think about digitization from the outset and implement it in such a way that there is a noticeable benefit for the residents? In concrete terms, this involves optimized heating and cooling management based on renewable energies, for example. In this dimension for an entire city district, this is a worldwide pilot project.

To ensure that we are ready to act at the end of the day, we are looking at existing frameworks and technologies. We are testing and using different IT platforms, are involved in the development of data strategy and infrastructure discussions, and are in exchange with the many idea generators in Heidelberg - for which we are very grateful!

If you were to summarize tips, how should cities sensibly set up a smart city strategy?

Digitization is a marathon, but with many small sprints. In addition to free spaces to try things out and learn, solid foundations are needed:

The digitization of a city affects us all we should make sure that we shape it in the sense of the community. 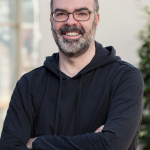 Dr. Thomas Keil is a specialist for the impact of technology on business models and on society in general. He covers topics like Digital transformation, Big Data, Artificial Intelligence & Ethics. Besides his work as Regional Marketing Director at SAS in Germany, Austria and Switzerland he regularly is invited to conferences, workshops and seminars. He serves as advisor to B2B marketing magazines and in program committees of AI-related conferences. Dr. Thomas Keil 2011 came to SAS. Previously, he worked for eight years for the software vendor zetVisions, most recently as Head of Marketing and Head of Channel Sales.