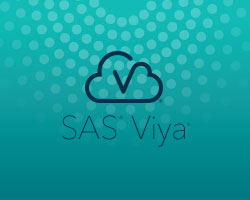 SAS Viya 3.4 has some new functionality that provides real help for those who want to transition from SAS Visual Analytics on 9.4 to SAS Viya. In prior releases of SAS Viya you could promote reports and explorations (and a few other supporting objects). In SAS Viya 3.4, promotion support is added for many additional SAS 9.4 resources, making it easier to make the leap to SAS Viya. In this blog, I will review this new functionality.

In SAS Viya 3.4, the following objects participate in promotion from SAS 9.4.

The details of support for each resource are unique and are discussed below.

User and group promotion from SAS 9.4 to SAS Viya is used to support the transition to the target environment of authorization settings that are associated with content.  Metadata is exported to support the mapping of SAS 9.4 identity metadata (Users and Groups) to SAS Viya identities (Users, Groups and Custom groups).

During promotion of identity metadata:

In addition, if an object (folder/report):

For details of how individual permissions for both data and content are mapped from SAS 9.4 to SAS Viya see the SAS Viya 3.4 Administration Guide.

Physical data is not promoted. However, metadata about data (library and table definitions) can be promoted from SAS 9.4 to SAS Viya. In relation to data:

When importing reports and folders the import tools will recreate the folder structure and content in the target environment. You cannot relocate or subset content during the import process. By default, authorization settings are included.

That is the high-level overview of the new functionality. It is implemented both in the SAS Environment manager and using the transfer plug-in of the sas-admin command-line interface.

In this blog I will not cover the detailed steps to export and import. The documentation has great coverage of the steps to follow.

To finish off, I'll share few observations on the process of exporting from 9.4 and importing in SAS Viya. Like SAS 9.4 promotion, you need to import in a specific order. This allows the software to make the relevant connections to dependent resources. For example, if the CASLIB already exists in the target, then import tables can be mapped to it. Typically, the order is: identities > library definitions > tables > reports and folders. To support this process, make sure, during export, you have a separate package for each resource type. Some considerations for the export process.

Prior to importing, make sure that users and groups are configured correctly in LDAP. As I already mentioned, physical data is not promoted so ensure that required data and formats are accessible to the SAS Viya environment.

The new functionality for promotion is a great start in helping with the transition from SAS 9.4 to SAS Viya. Look for more functionality in future releases.