It looks like we've finally recovered from the Great Recession, and there are even claims of record-low unemployment in several U.S. states. Of course claims like that make my data-radar go off, and I wanted to see the numbers for myself. And it's a great excuse for me to create some graphs! ...

I did a little digging, and found the Bureau of Labor Statistics page where they track state unemployment. They even had a map, which of course caught my attention:

I decided to start by creating my own version of their map - this would help me verify that I was using the correct data, and importing it correctly. Their data was in a text file, but in more of a report format than rows and columns of data - so it took a little extra effort in a custom data step to read the values into a SAS dataset. Once the values were in, I plotted the most recent month's data on a map, using the same colors and legend-binning as the BLS map. 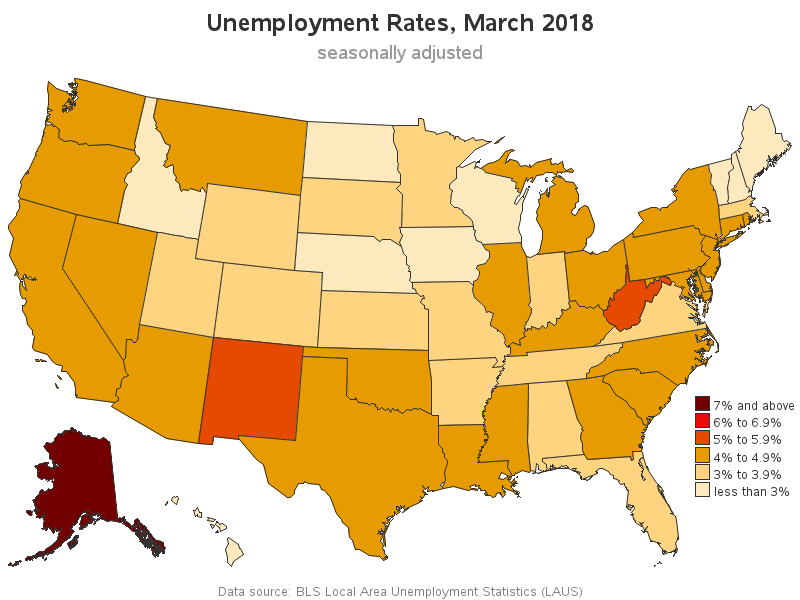 As I was imitating the BLS map, I realized I didn't like their color selection. It was difficult to distinguish their colors (such as the 2 similar shades of red), and none of the colors let me know at a glance that most of these unemployment values were actually *good*. Therefore I created a new version of the map, using a diverging color scheme such that unemployment below 5% is represented by shades of green (which is more intuitive for good). I also added HTML mouse-over text so you can see the actual values for each state - click the image below to see the interactive version. 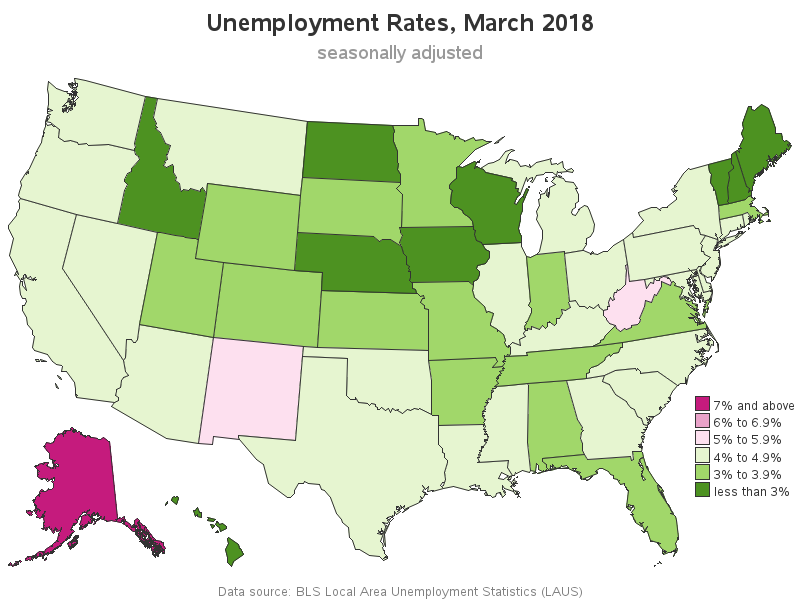 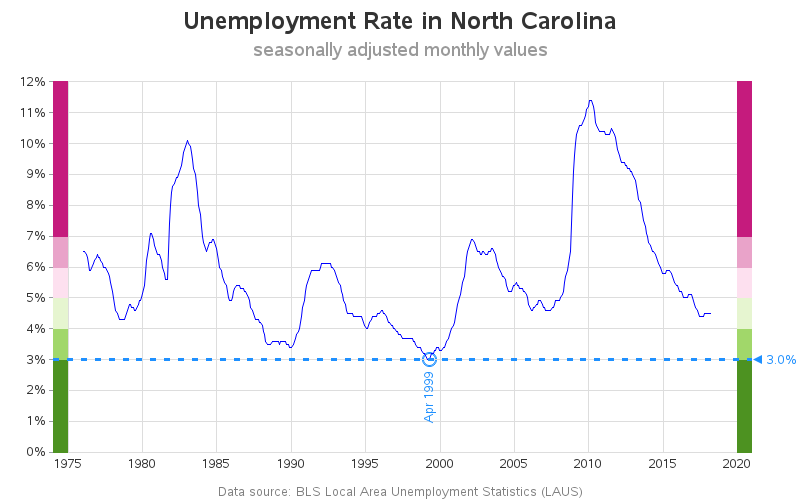 I invite you to play around with my map (click the states to see their graph, and click your browser's "back" button to get back to the map again), and check out all the states that interest you. California might be of interest, since it's one of those states with the "lowest unemployment since 1976". Which other states are at (or near) record low unemployment? How is your state doing? Feel free to leave a comment with interesting things you find, and ideas about factors that might explain odd trends you see in the data!