I guess a coding dinosaur is someone who uses an old/legacy computer language, or at least a language that isn't en vogue these days. Coding dinosaurs are still around (and probably will be for a while), whereas the real dinosaurs that lived millions of years ago are extinct. What caused their extinction has been a topic of much debate, but researchers have recently gotten a step closer to determining what caused it. Follow along to find out the details, and look at some related graphs!

One prevailing theory is that the dinosaur extinction was caused by a meteorite impact between North and South America. Scientists have been drilling and studying core samples in the area of the impact, and have recently theorized that the impact area was covered by relatively shallow water, and large volumes of sulfur (from the mineral gypsum in the ground below the shallow water) were injected into the atmosphere, causing a "global winter" - the animals that weren't killed outright by the impact soon died from starvation. There's a nice article about the research on the BBC website, and here's a NASA map from the article: 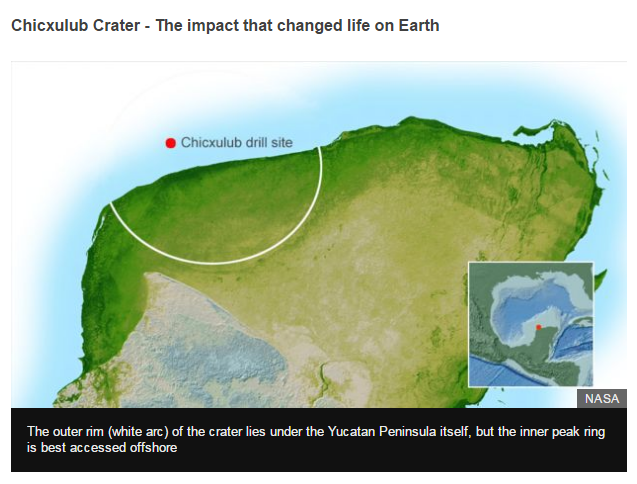 I like their map, and it goes well with the article. It shows where the site is located (using a zoomed-out inset map ... similar to the inset maps I recently showed how to create in a previous blog post), and also pinpoints the exact drilling site (with a labeled red dot). My main suggestion would be to show the circular impact area in the water, in addition to the land.

Meteorites fascinate me, and therefore I have created a couple of SAS examples about them in the past. One was specifically about the Chicxulub crater. Back in 2005, I created a map showing the land elevation both above and below the water in this area, to look for a visible sign of the crater. I created this map by annotating very tightly spaced dots, color-coded by the elevation. The map doesn't show much of a physically visible crater (it's worn down over the millions of years), but I think it's a nice map that complements NASA's map. Here's a link to the SAS code, and more details. 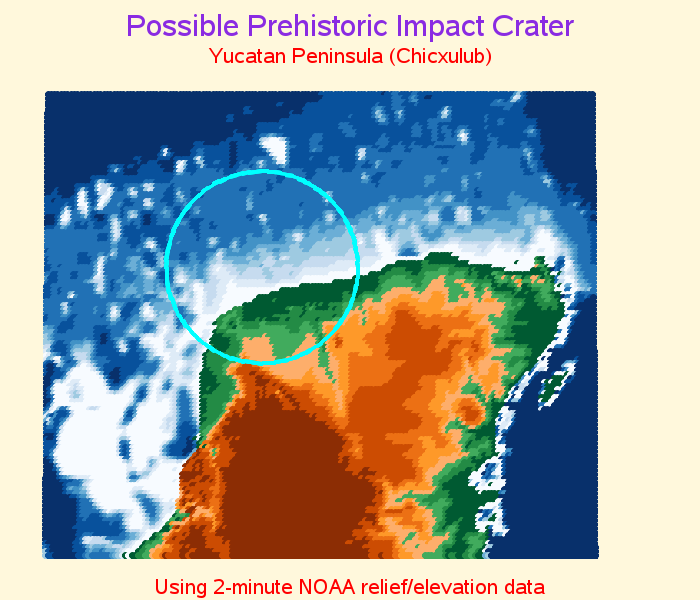 In 2007, I created another meteorite map that's a little more exciting. This one plots some of the known impact locations around the world, and allows you to click on the plot markers to view the Google satellite map of that area. The satellite maps show visible craters in some of the areas, that are really fun/interesting to look at. Click the image below to see the interactive map with the drill down links. And here's a link to the SAS code. 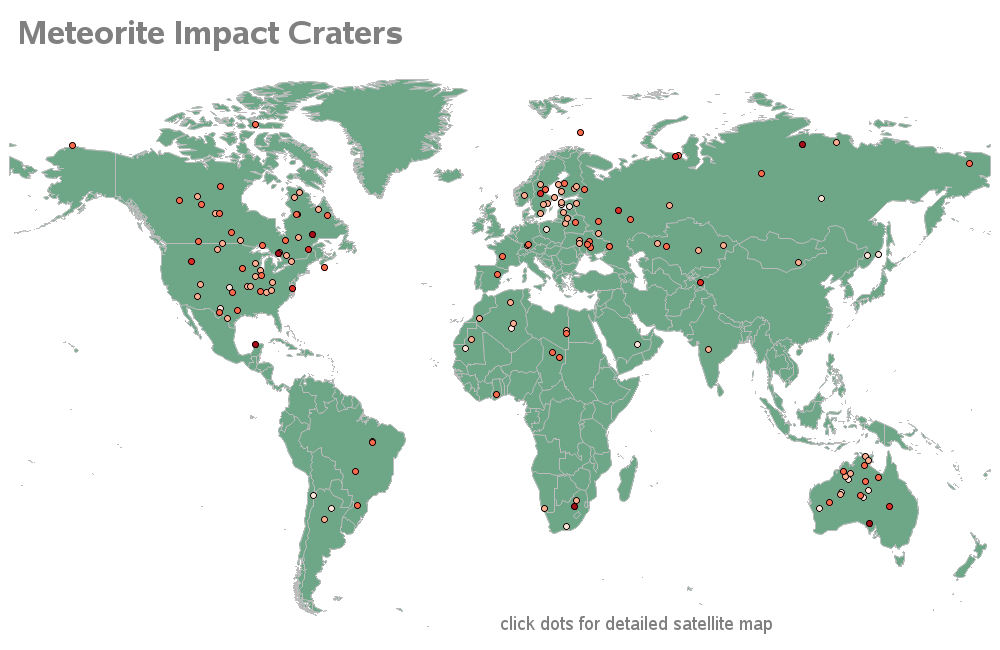 If all this talk about meteorites has gotten you into the mood for even more SAS visualizations of meteorite data, check out the infographic Falko Schulz created a couple of months ago using SAS Visual Analytics!

Have you ever seen a 'shooting star' - how about one that you think impacted the Earth? Do you have an alternate theory about what caused the dinosaurs to go extinct? Feel free to let us know in a comment!