But before we get to the data, here's a "mystery vehicle" for you to try to guess. This photo was taken by my old college buddy Alex. Where did he take this picture, and what kind of vehicle is it? (Leave your guesses in the comments section.) 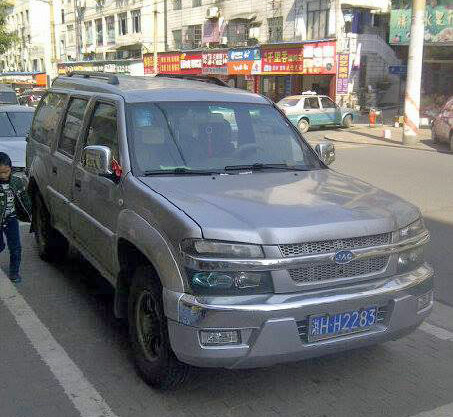 And now, on to the data analysis! ... In researching this topic, I found the data at the International Organization of Motor Vehicle Manufacturers (OICA) website. For each year, they provided a table in the following format:

Tables are great to have, but these tables didn't lend themselves to figuring out how things have been changing over time. Therefore I combined the data from all years available into one spreadsheet, imported it into SAS, and created a simple plot. Since six of the countries stood out as the higher producers of cars, I assigned colors to each of those lines, and made all the others light gray. I then annotated the country name at the end of each colored line. 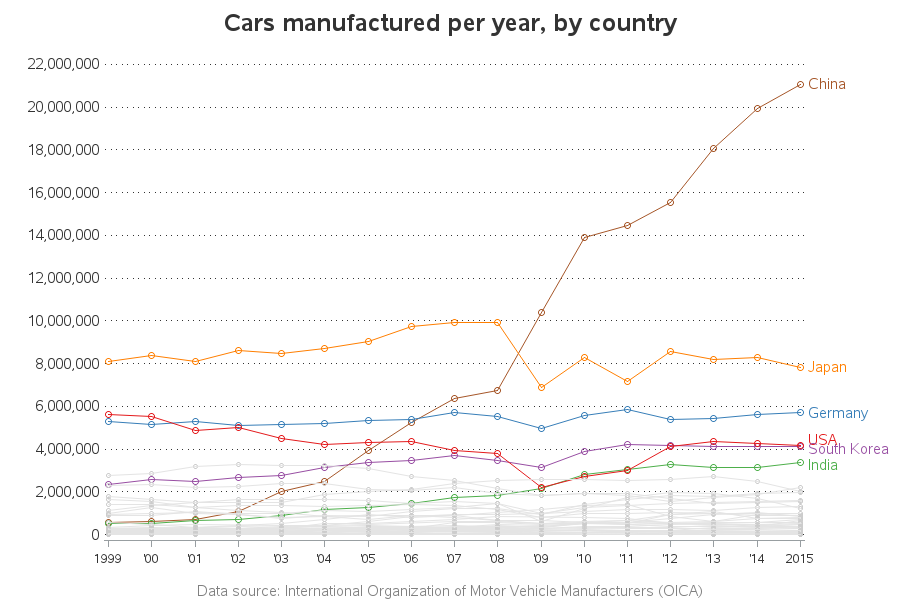 With this graph, we can easily see things like...

Now, let's use a pie chart to see the size of China's "piece of the pie" in 2015. Wow, China manufactured almost as many cars as the other top 5 manufacturers combined! You might not have guessed it, but your next car might have a "Made in China" sticker! 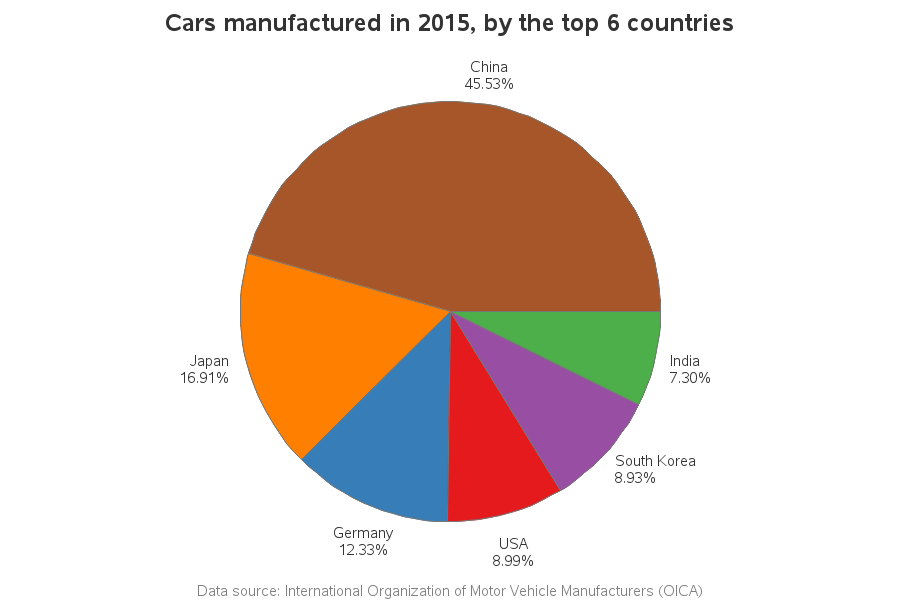