You've probably seen dramatic pictures in the news lately about the protests against the Dakota Access Pipeline - Native Americans versus bulldozers, protesters and tipis in a blizzard, and things like that. But do you really know much about this pipeline? For example, where will it go, and where have the protests been happening?

I don't have any dramatic pictures of the protests, but how about this ... I asked if any of my friends had a picture from North Dakota, and Sunil (who ran at least 1 marathon every month last year) happened to have a photo from a marathon he ran in Fargo, ND. Pretty cool, eh!?! 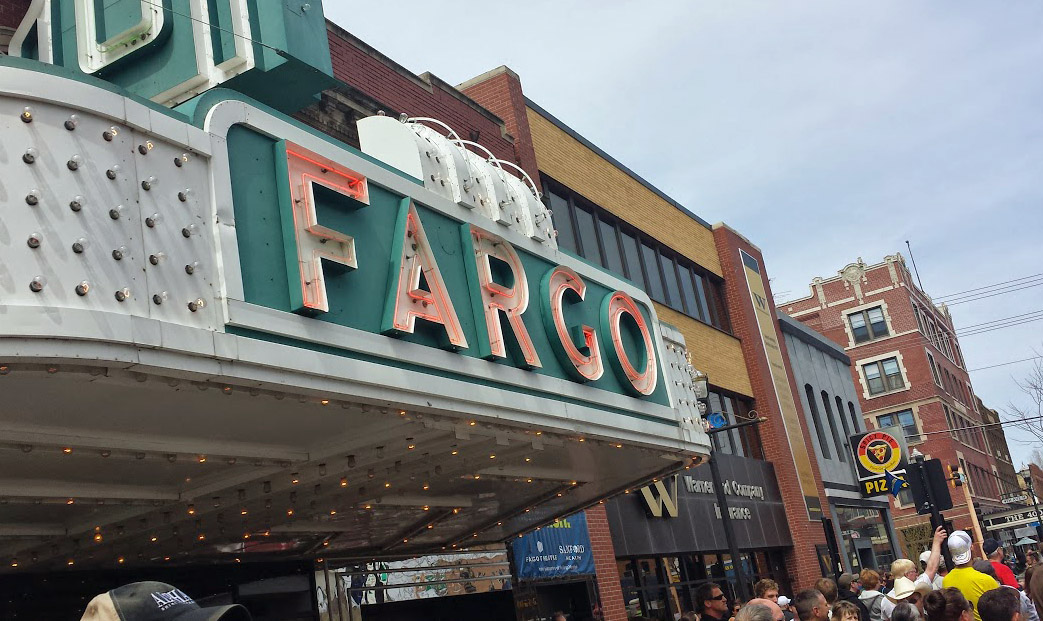 And now, let's get to work! I recently saw a map on the nytimes website that showed a lot of very detailed information about the pipeline: the path, the river-crossings, land taken through eminent domain, protest locations, etc. They provided a very long/skinny map, and let you scroll straight down the page to navigate the length.

Here's a sample of a couple hundred miles of their map (not nearly the whole map):

Their map was a very nice, interesting, and informative, but my brain had a difficult time getting oriented because  it was zoomed-in past the reference points that I might recognize (such as state borders), and 'north' was towards the top/right corner rather than being in its usual position at the top of the page.

I thought their map would be more effective and easier to understand, if they first showed the pipeline on larger map that people could easily recognize. I just so happened to have a pipeline map of the 48 contiguous US states that I had used in a previous blog post (about a pipeline break along the east coast), so I decided to use that map as a starting point, and add the Dakota Access Pipeline (DAPL) to it.

I didn't have the coordinates for the DAPL, so I studied the nytimes map in great detail and estimated lat/long coordinates along the pipeline based on landmarks like cities, roads, and lakes in the nytimes map. I then annotated the DAPL as a bright red line on my pipelines map, and also annotated a bright green circle/pie showing the location of the main protest site (Sacred Stone Camp). 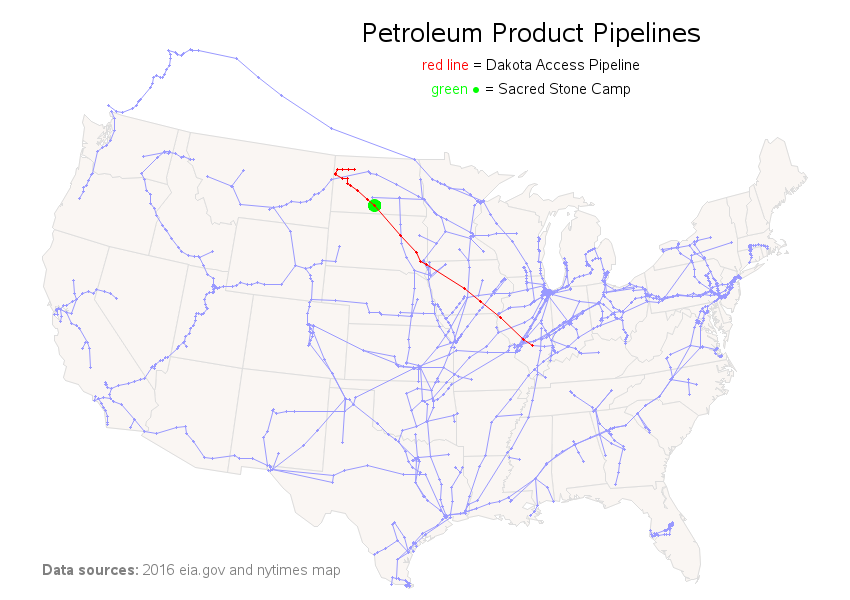 With this map, you can easily see that the pipeline is quite long - extending from northwest North Dakota (where they've recently found large new oil fields in the Brakken/Three Forks formation) to Patoka, Illinois (an oil tank farm that connects many pipelines).

If you first look at my map to get the "big picture" and get oriented before you look at the nytimes map, I think you will have a much better understanding.