Let's create a souped-up SAS map that can track Zika-carrying mosquitoes down to the county level, in the US!

A few months ago, I wrote a blog post with a world map of documented locations of the Aedes mosquitoes that could carry the Zika virus. The world map showed a high concentration of Aedes mosquitoes in Brazil, where there is a huge Zika outbreak (and where some Olympic athletes are now refusing to go), but the map also showed a somewhat large number of these mosquitoes in the US. And although the US hasn't had an outbreak of Zika yet, it would be interesting to know specifically which counties might be affected should that happen.

And this brings us to the Centers for Disease Control (CDC) US county map. My blog editor gave me a heads-up about an article on today.com that showed this county map. She mentioned that my SAS maps had spoiled her, because she wanted to be able to hover her mouse over the areas in this map, to see the county names (for example, the 4 yellow counties in NC). 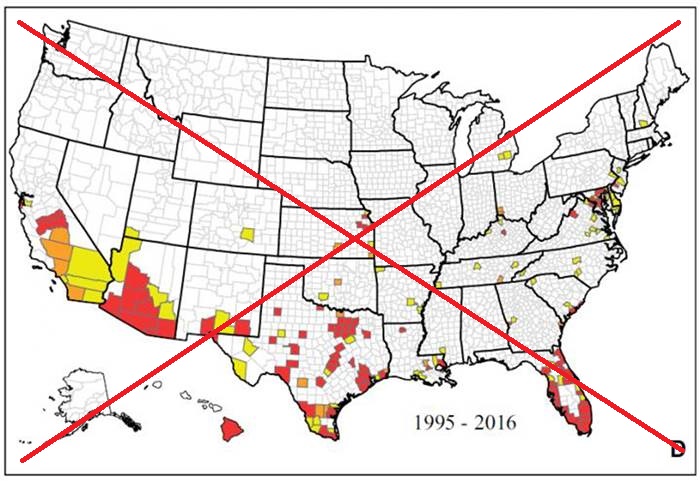 So I set about finding the data, and creating my own SAS map ... with hover-text ... and maybe a few other enhancements, such as a title and a color legend. Yeah, that's it - that's the ticket!

After a bit of Googling, I found a paper about the study in the Journal of Medical Entomology, and thankfully the paper had a link to the data! I copy-n-pasted the data from the Microsoft Word document into a text file, and then wrote SAS code to read the data into a SAS dataset. I used Proc SQL to merge in the numeric FIPS codes for the counties, and then was able to easily plot it on a map. Click on the image/snapshot below, to see the interactive version with mouse-over text to show the county names. 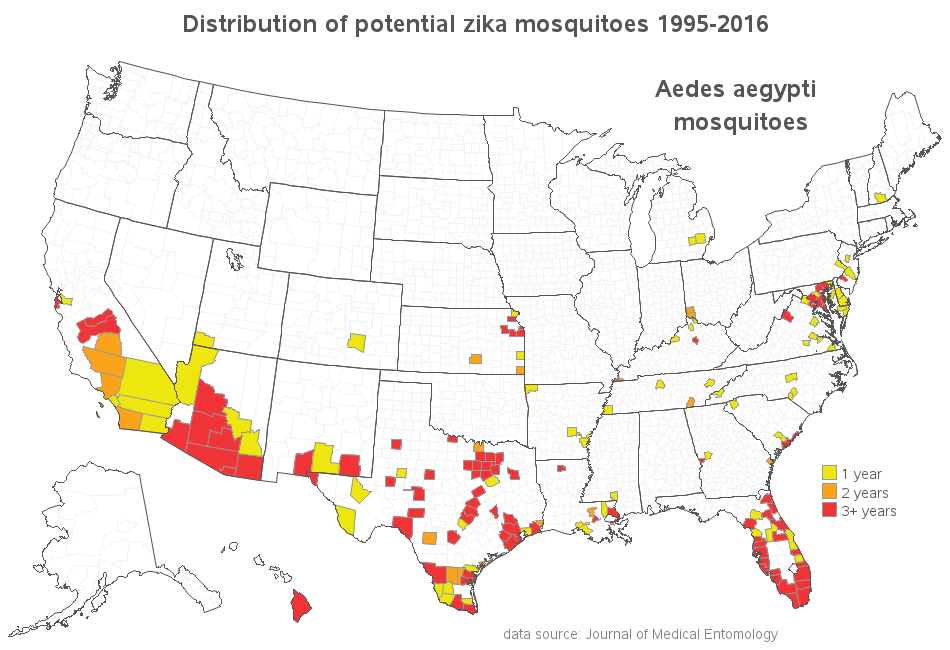 While reading the paper, I noticed that they actually had two maps - one for each of the two mosquitoes that could carry the Zika virus. I don't know why the today.com article only showed one map (and why they chose the map that showed the most sparsely-populated mosquito). Here's my SAS version of the second map, showing the Aedes albopictus mosquitoes. Ironically, I don't really need mouse-over text for this map ... pretty much every county in North Carolina has these mosquitoes - yikes! 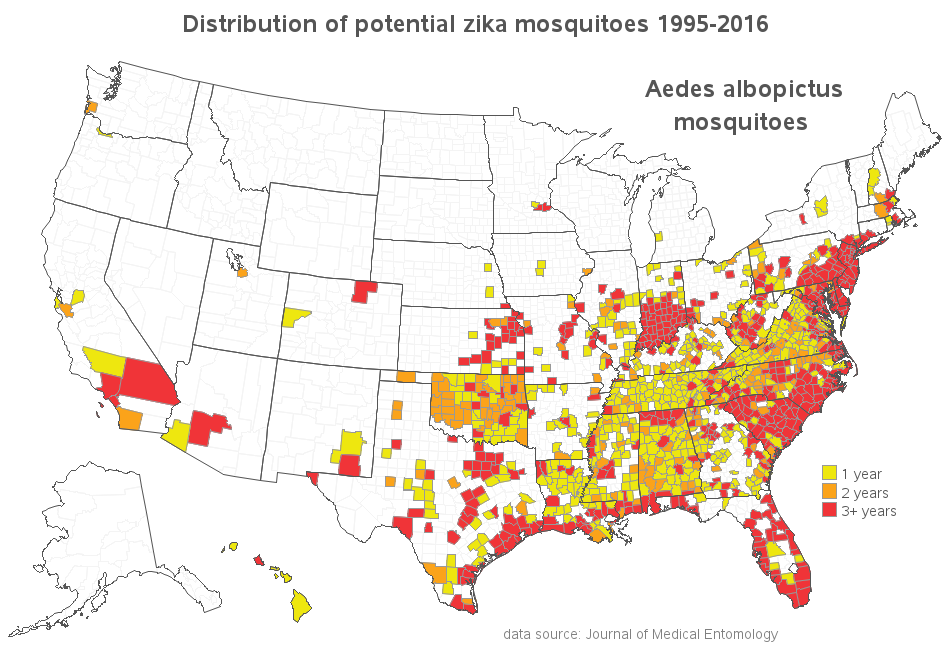 I suppose if we have a really bad Zika outbreak in the US, we could all start wearing beekeeper clothes, eh?!? If it comes to that, my friend Brian is ready! :) 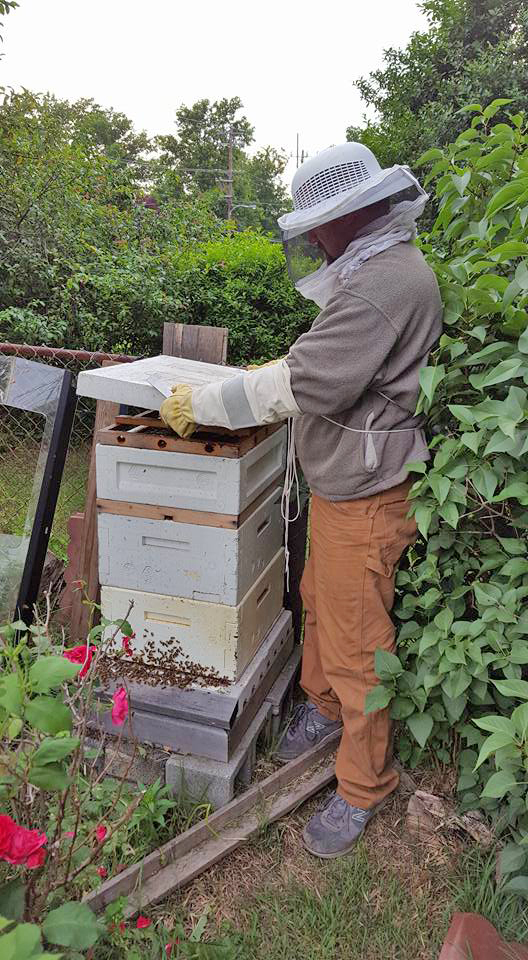