I recently came across some very interesting data on serial killings ... but it was in tabular/text form. This seemed like an invitation for me to create some graphs that make it easier to understand the data.

It seems many people have a morbid curiosity about serial killers. For example, some of the most popular shows on TV (such as Dexter, and Criminal Minds) focus on them. So when I found this data table on serial killings, I thought it would be interesting to 'bring it to life' with a graphical analysis. 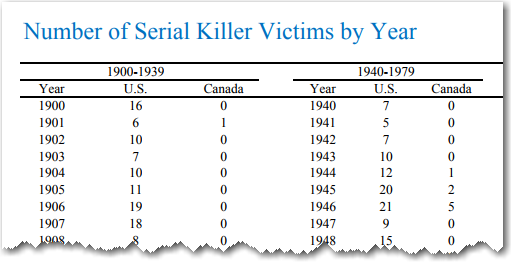 Let's start with something simple - the number of victims per year, since 1900:

It was an interesting graph, but I was a bit suspicious about the number of victims appearing to increase since 1970. Of course, we know that the US population was much higher in the last 1/4 of the century than in the first part, so all other things equal, it makes sense that as population increases the number of serial killings would also increase. So I found some population data, and combined it with the serial killings data, and came up with the victims per capita. And that graph pretty much follows the same trends as the previous graph (which I found a bit surprising!). 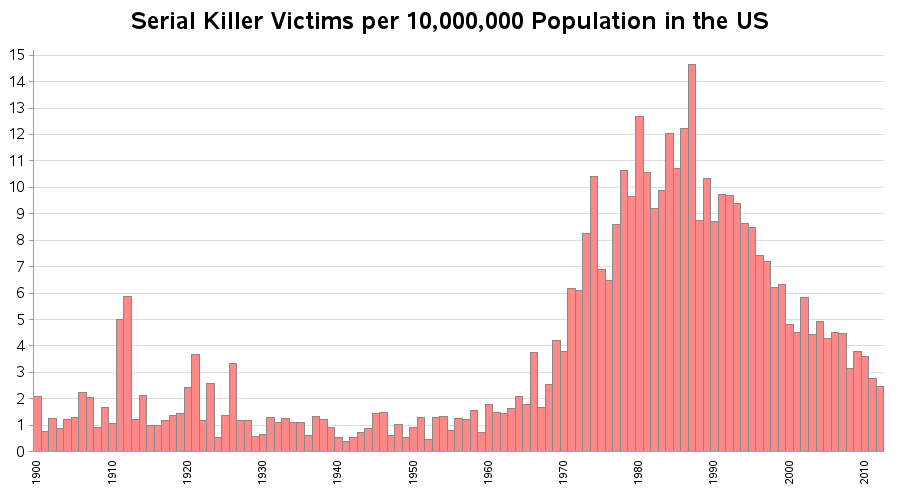 Next, I thought it would be interesting to see how the victims were killed. I know that a lot of people like to 'bash' pie charts, but I think a pie chart is a fairly intuitive graphic to show this data in a way people can quickly understand. Looks like shoot, strangle, and stab (in that order) are the preferred methods of serial killers. 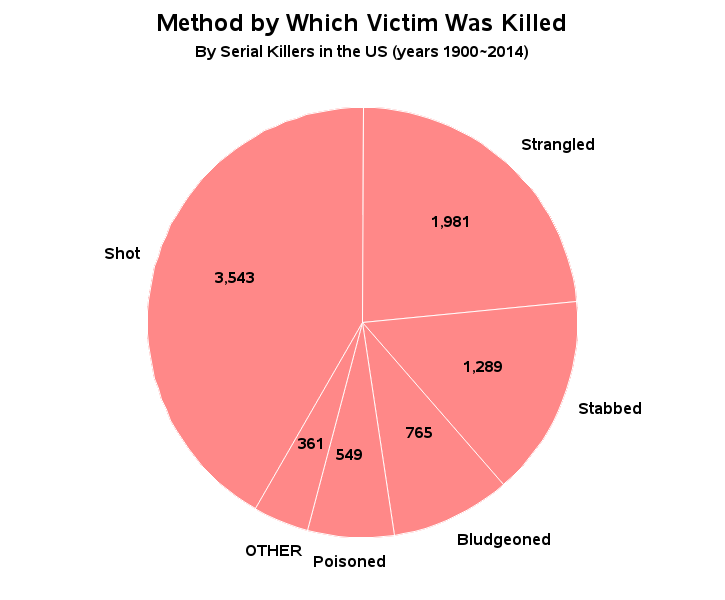 And what about some demographics of the victims? ... Were males or females more frequently victims, and does this vary by race? How about some more pie charts!

What about the ages of the victims? I think a histogram shows this very well: 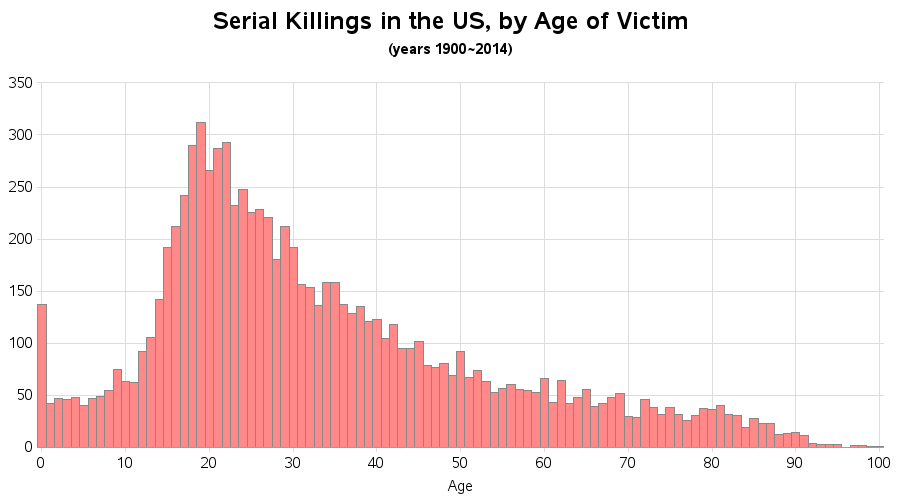 And the geographical distribution? ... How about a map showing the number of victims in each state: 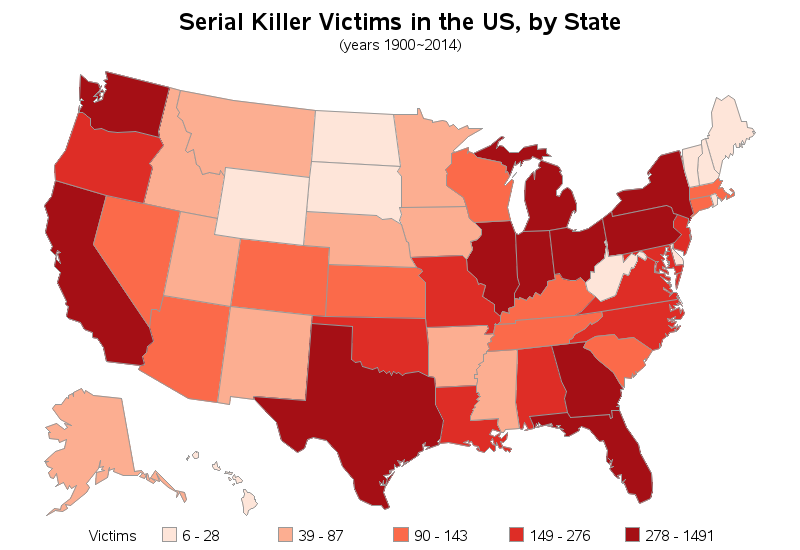 And, of course, it makes sense that states with larger populations (such as NY, FL, CA, TX) have larger number of serial killer victims ... so let's combine this with some population data and show the per capita victims in each state. This map provides quite a different picture, eh?!? 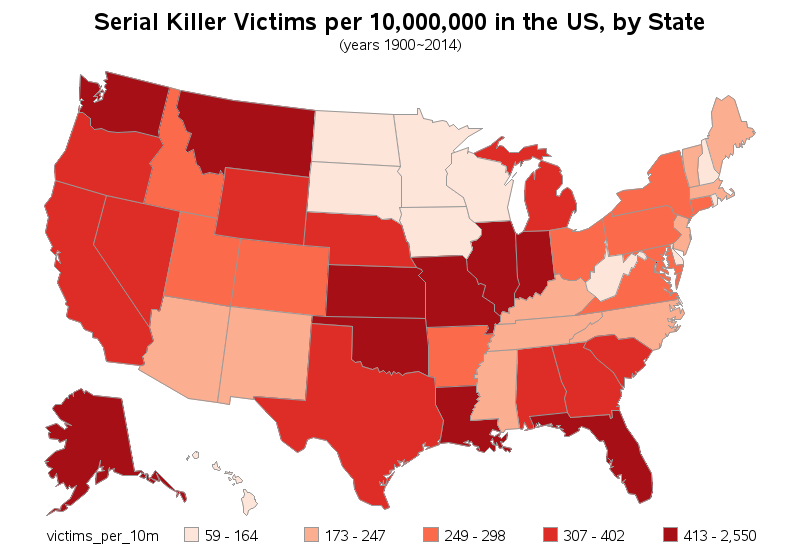 Question: Could we use this data to calculate the likelihood of being a victim of a serial killer, based on age/race/sex/location? What other factors might need to be considered?