I've seen a lot of recent news articles purporting income inequality in the U.S. ("the rich get richer, and the poor get poorer") ... and I wondered if the graphs were a true/unbiased representation of the data.

For example, I recently saw a couple of graphs in an article on the NPR website (see screen captures below), and decided to track down the data and create my own version of the graphs. In doing so, I hoped to gain more insight into whether or not NPR's graphs represented the data fairly. 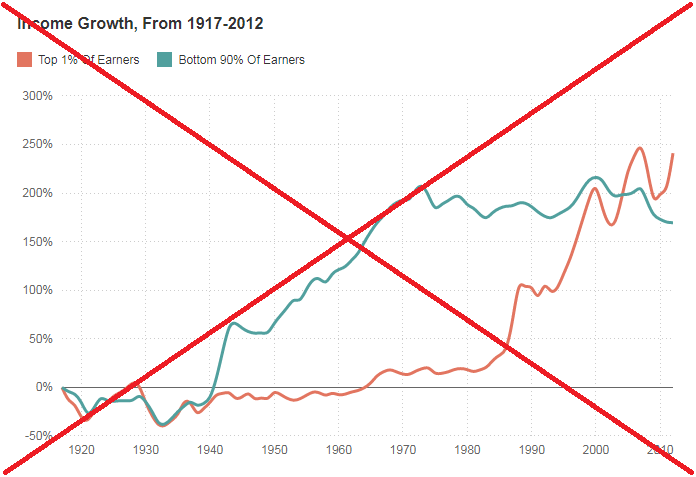 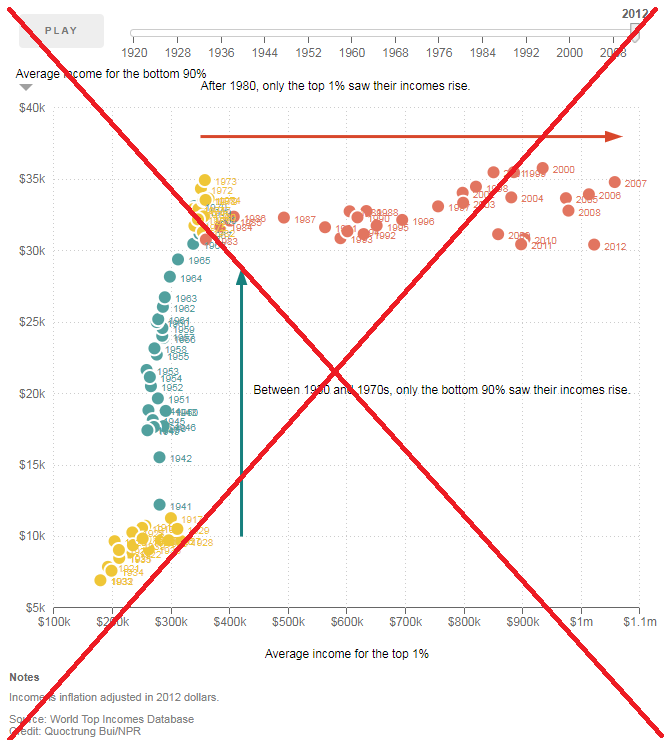 Thankfully the article had a link to the data source, and I was able to select & download the same data into an Excel spreadsheet and import into SAS.

After a bit of experimentation, I came up with the following SAS imitation of the NPR graph. I made a few changes in the axes (used a 4-digit year instead of 2-digit, and showed the negative value at the bottom of the y-axis), and I added some footnotes to help explain the graph, but otherwise it is very similar to their graph. 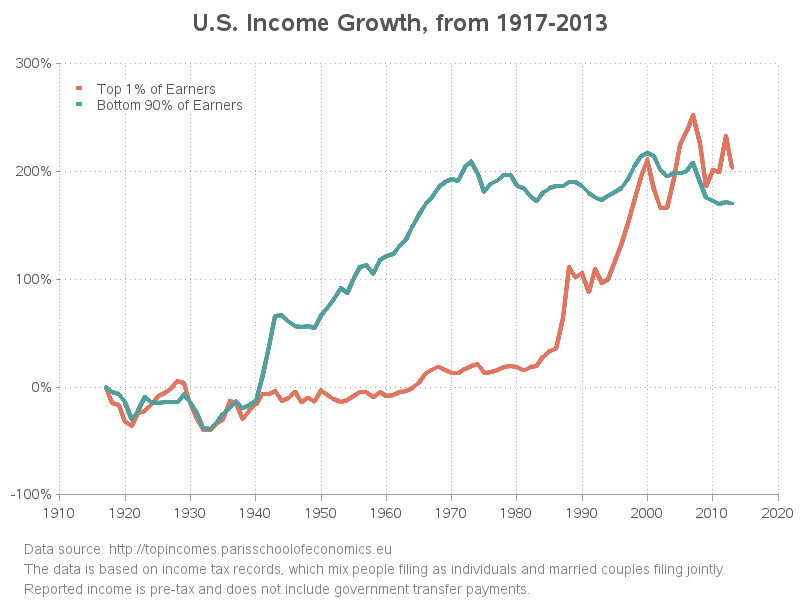 One thing that immediately came to mind was that they are showing the bottom 90% and the top 1% ... but what about the rest of the top 10%? Is it possibly misleading to leave that group totally out of the graph? The data for top 10% was available, so I downloaded it and added it to the graph (as a gray line). I found it interesting that the top 10% had an even larger % increases in their income than the top 1%. 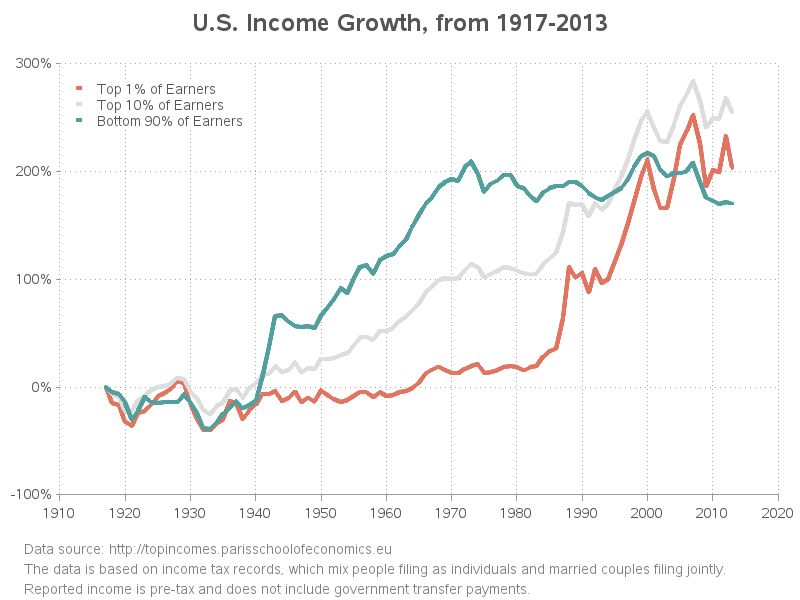 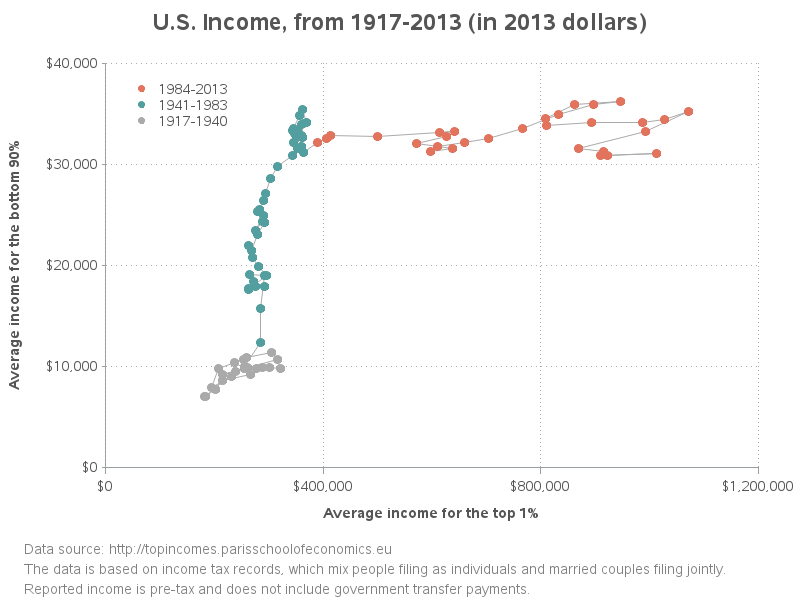 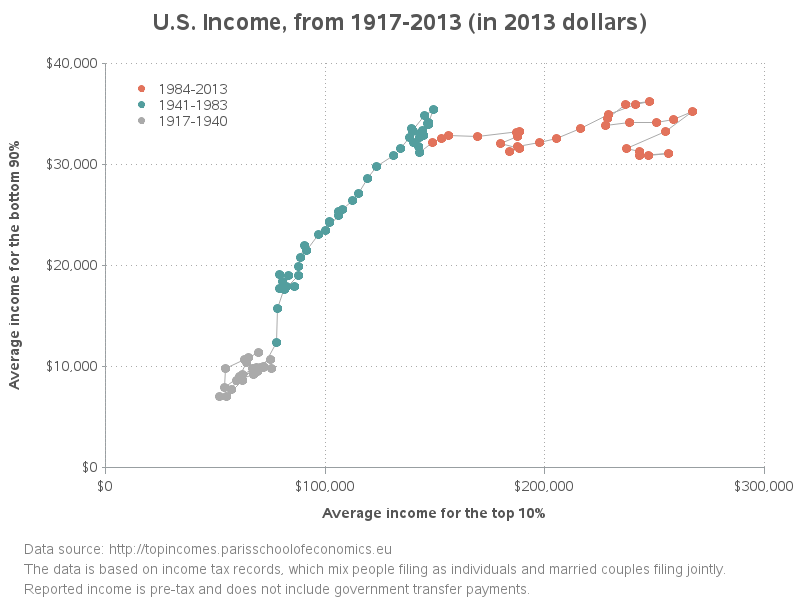 While I didn't find any "smoking guns" that made me say the NPR graphs were a misrepresentation of the data, I did find a few things that made me go "hmm..."

Now it's your turn! - What are your thoughts on these graphs, and what are some other factors that should be taken into consideration?