Yesterday (September 22) was the start of the 8th season for the TV series, and I saw a graph representing the number of viewers for each episode of the first 7 seasons. It was eye-catching and interesting, and showed a general upward trend in viewers. But I immediately noticed several things I'd do differently with a SAS graph...

So I found the raw data on Wikipedia, and imported it into SAS and started working on my own graph. Here's what I came up with (click the snapshot of the graph below to see the full-size interactive version): 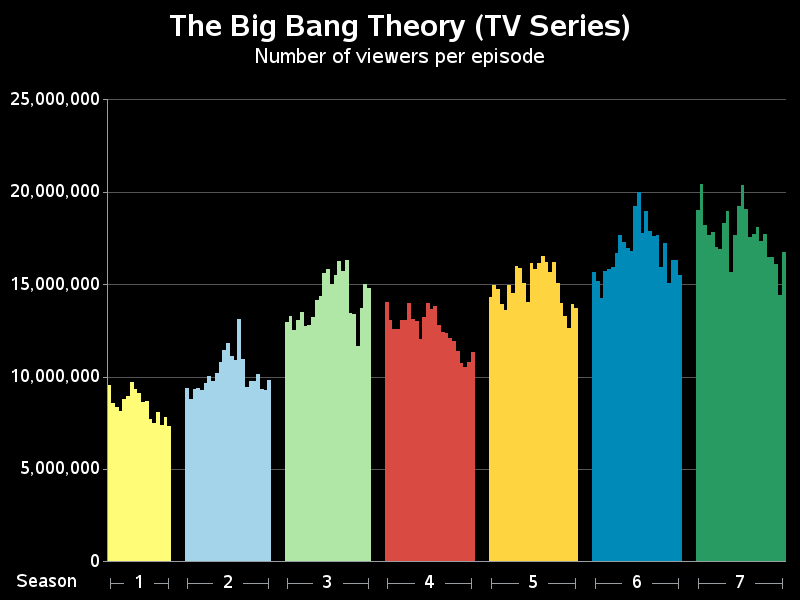 The original graph used an 'area under the curve' graph, but I used a bar chart instead because showing angled lines between episodes is somewhat misleading (each episode is a discrete event, not a snapshot of a continuous event). And by using discrete bars, I was able to add html hover-text with the episode number & title for each bar.

I also added a title to my graph, so you'd know what it represents! :)

So, what's your theory on why The Big Bang Theory is so popular?