Most New Yorkers like to fantasize about owning and living in a classic New York City brownstone, complete with high ceilings, large windows and a front stoop. You can picture yourself sitting there alongside the iron railing with a cup of coffee while you watch the city wake up and come to life around you.

"I saw for myself I was not going to be a homeowner in NY. It was not attainable."
– Sheri Grice, Project Manager, SAS

Eventually, you realize the enormous obstacles to owning and maintaining the iconic home of your fantasies. And the dream disintegrates.

But here’s the thing about broken dreams: They sometimes inspire action. Take Sheri Grice, a Project Manager at SAS, who grew up in Harlem in the 1990s.

“Even when I was young, I always wanted a brownstone,” says Grice. “You watch The Cosby Show and they live in this beautiful brownstone in Brooklyn, and it’s like, I want that one day. But then when you get older, you see that it’s almost unattainable.”

For many, the costs of owning and maintaining a home in New York City are impossibly high. Homes have a median price tag of $760,000 while the median income in the city is around $60,000. Racial disparities further exacerbate the problem.


"These people had the American Dream to own a home, and now they’ve been displaced."
– Jacoby Pulley, Systems Analyst, SAS
According to the Center for New York City Neighborhoods, Black homeownership has dropped considerably in the city since the 2008 financial crisis. In Queens alone, more than 20,000 Black homeowners lost homes between 2005 and 2017, according to a report from the Center.

The Center, a nonprofit committed to promoting and preserving affordable homeownership for New Yorkers, recently launched the Black Homeownership Project to help close the racial wealth gap and advocate for policies that support Black homeowners. Members of the Black Initiatives Group, a diversity and inclusion initiative at SAS, jumped at the chance to work on this project.

“I’ve seen some of this firsthand,” says Grice. “Growing up, I saw for myself I was not going to be a homeowner in New York. It was not attainable. From just seeing my peers and my peers’ parents and what they went through, I knew the only option for me was to leave.”

"Being able to go back to your community to solve a problem ... is extremely important."
– Portia Exum, Software Tester, SAS
Portia Exum, a Software Tester at SAS, grew up on the other side of the Hudson River, in New Jersey, and she feels a personal connection to this project too.

“My family, when I was 15, our home actually went into foreclosure,” explains Exum. “However, we were in a situation where we were able to find a buyer before it went to auction, so the bank was willing to work with us.”

But even in a circumstance that seems fortunate, there are costs.

“When people are in situations where they’re about to lose their homes, there’s a lot to it,” says Exum. “Most people, their credit ends up in a bad place. Then they’re not in a position to buy another home. That was your wealth-building tool, and now you don’t have that anymore. It’s not just about losing a home.”

Making a difference – with data

What do these personal stories mean to Grice and Exum today? Now that both women have moved to North Carolina, bought homes of their own, and found work at an analytics company, how do their experiences inform their passion and curiosity at work?


"I go to New York every single year because I have family there and I think, it could be any one of them."
– Aaren Avery, Software Developer, SAS

“I’m here at SAS and I have an opportunity to make a little difference,” says Grice. “I kind of felt a little guilt. I left my community because of a problem, and it was self-driven. I felt like I had to leave to make a better life for my family. And now to be able to go back and help in a way that I didn’t know or see at the time, it’s personal.”

When the social innovation team, a group at SAS that works primarily on data-for-good projects, approached the Black Initiatives Group with an opportunity to partner with the Center on a project to better understand and address racial disparities in homeownership, Grice and Exum immediately knew they had to participate.

Exum feels a similar pull to give back. “Having that experience and being able to go back to solve a problem that affects your community is extremely important,” she says.

Black Initiatives Group (BIG): BIG is an employee inclusion group at SAS with a mission to advance SAS’ global diversity initiatives and support the interests and professional development of SAS employees and our communities.

Data for good: Using data and analytics in meaningful ways to help humanity.

Racial wealth gap: The measurable difference in median wealth between households grouped by race or ethnicity.

Social innovation team: A group at SAS dedicated to solving the most complex challenges in our society with SAS technology to make the world a better place.

Systemic racism: Societal structures and processes that disadvantage one race or ethnicity over another.

Working together with a team of data scientists and developers, Exum and Grice have been able to use their personal stories to infuse the project with true curiosity and vision.

If the analyses can pinpoint specific areas where disparities exist, the Center can work to develop programs to address those areas. The SAS team is examining different types of disrepair, for example, from interior and exterior damages to more specific factors that might exacerbate or lead to higher levels of disrepair, like unexpected health problems or unemployment.

Hiwot Tesfaye, a Data Scientist at SAS, has been instrumental in building some of the machine learning models for the project. “The reason I got into analytics is to work on projects like this,” she says. “When I was applying to grad school in 2014, my application was all about how to use analytics to solve the biggest problems, especially economic prosperity.”

To be able to work toward solutions for some of society’s biggest challenges is a dream come true for Tesfaye, who feels an urgency for this work. “How can we change the problem or solve the problem faster with analytics?” she asks. “As we wait to solve the problem, it’s families that are paying the price.”

For example, analyses from Tesfaye and team indicate that Black and Hispanic borrowers experience higher total loan costs as compared to white and Asian counterparts, as well as higher interest rates, lower lender credits and higher discount rates – even when controlling for differences in down payment and home value. 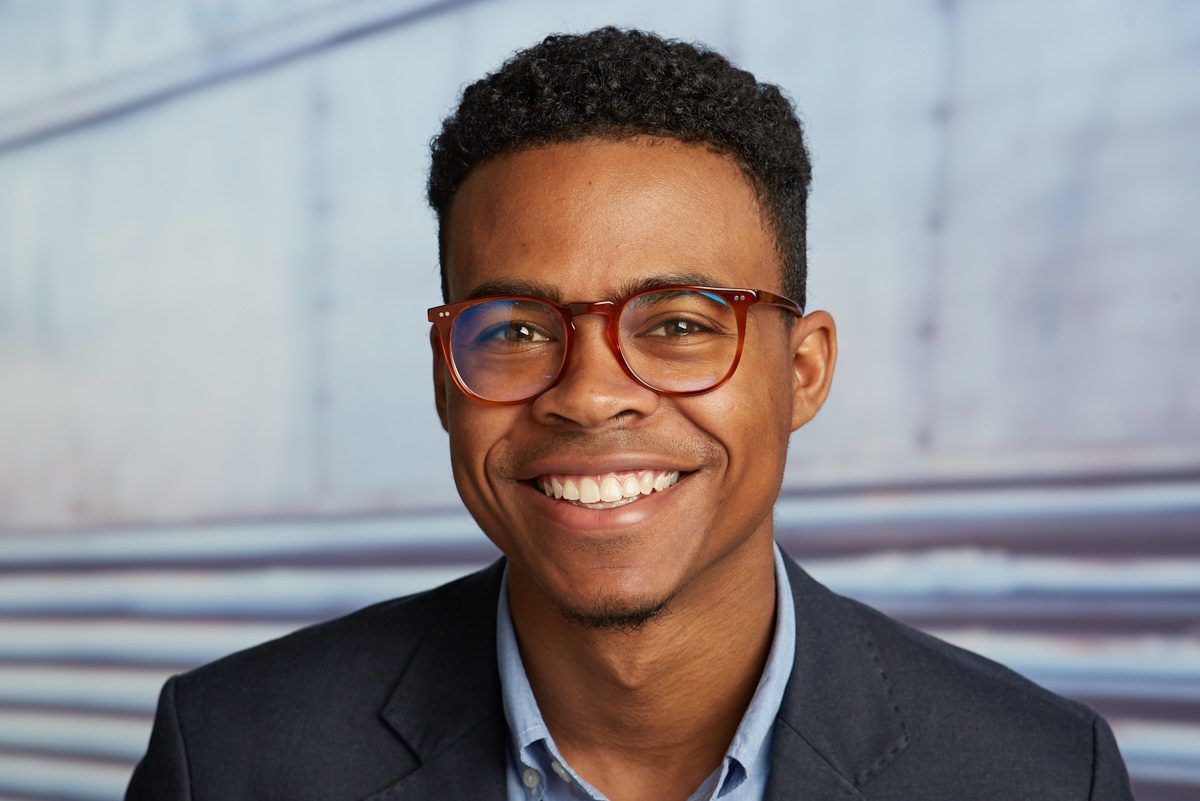 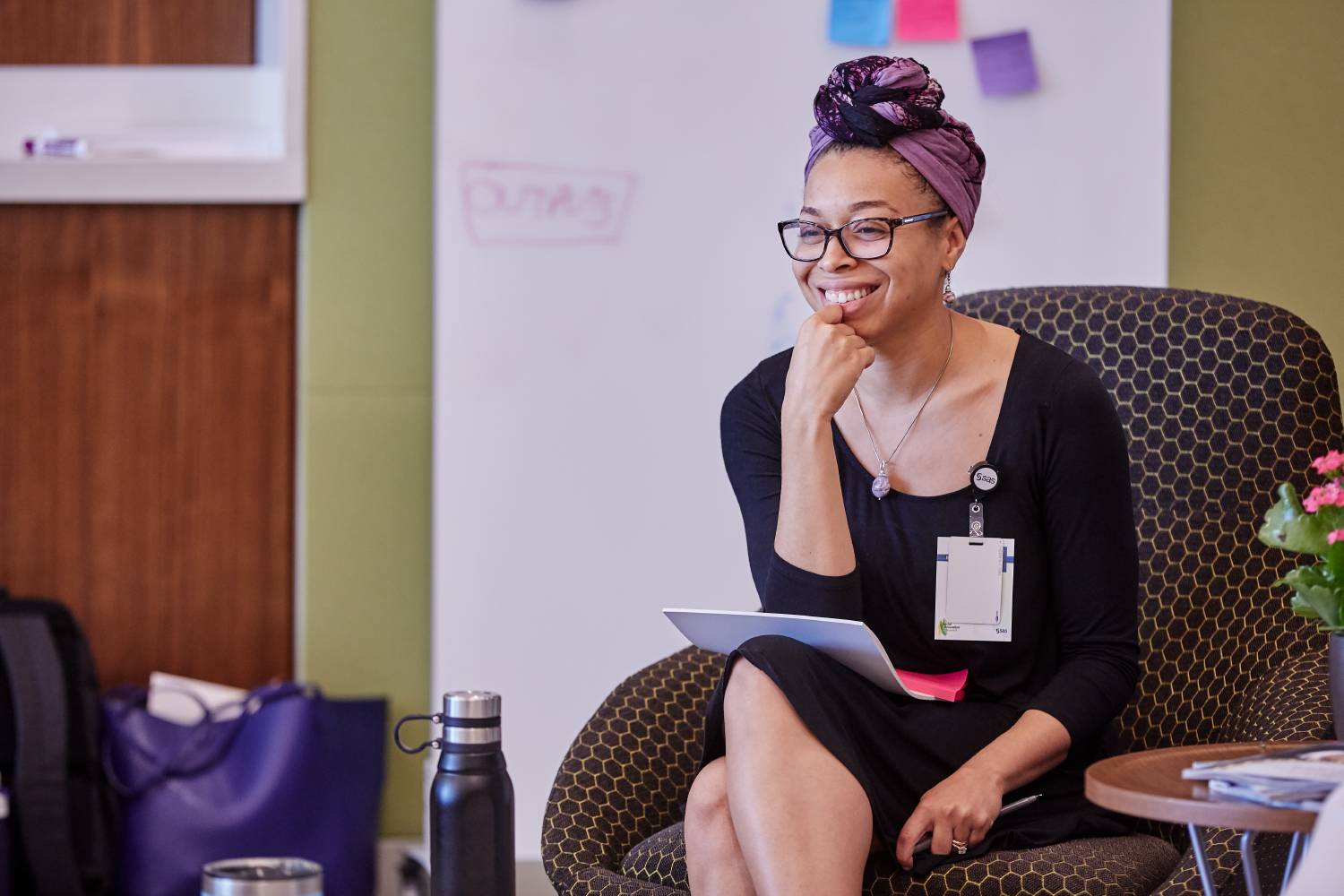 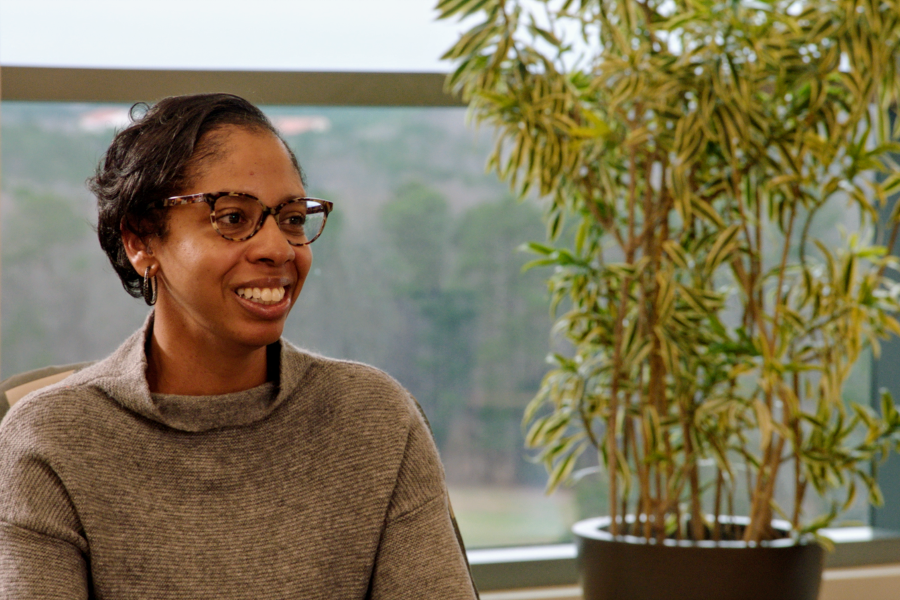 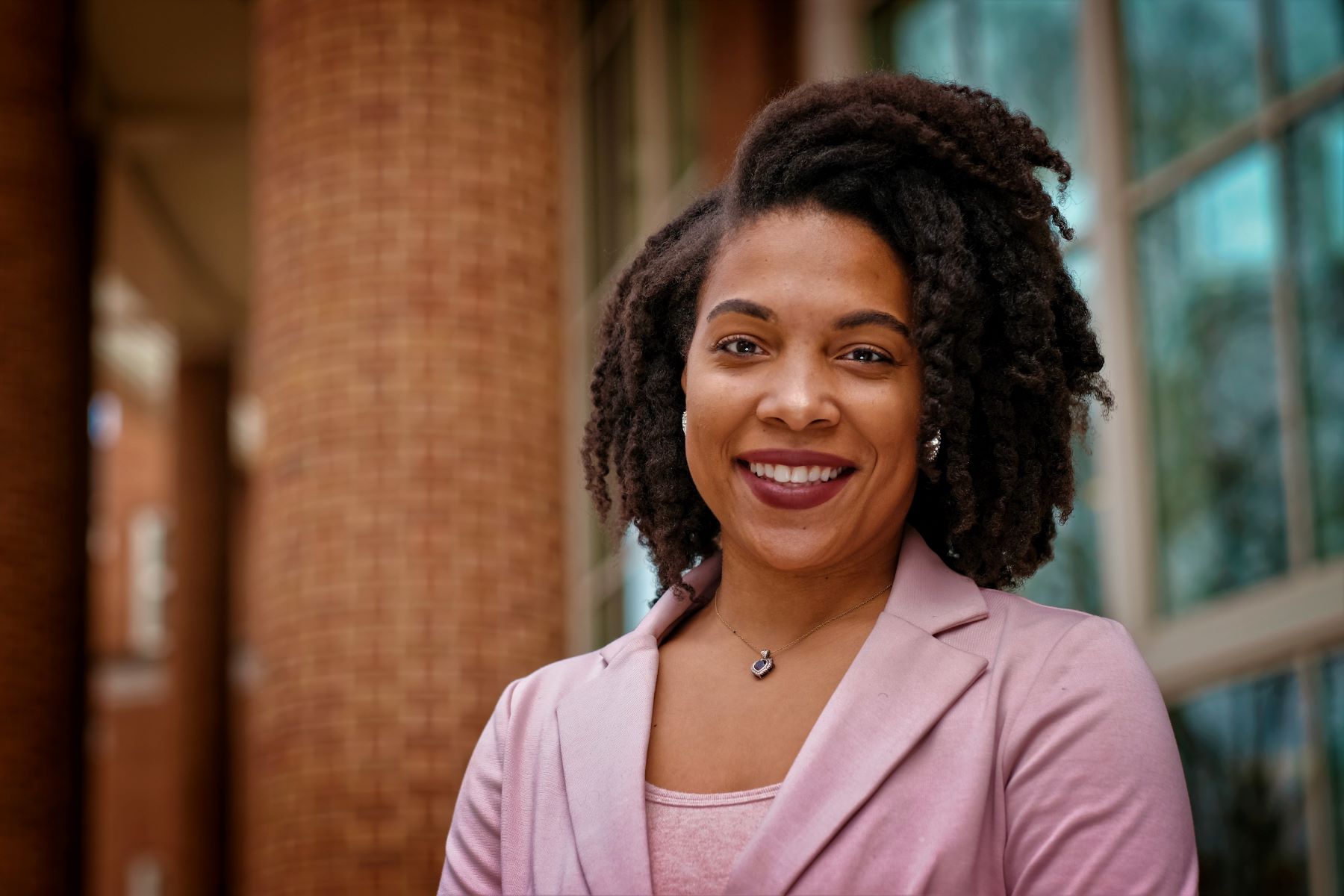 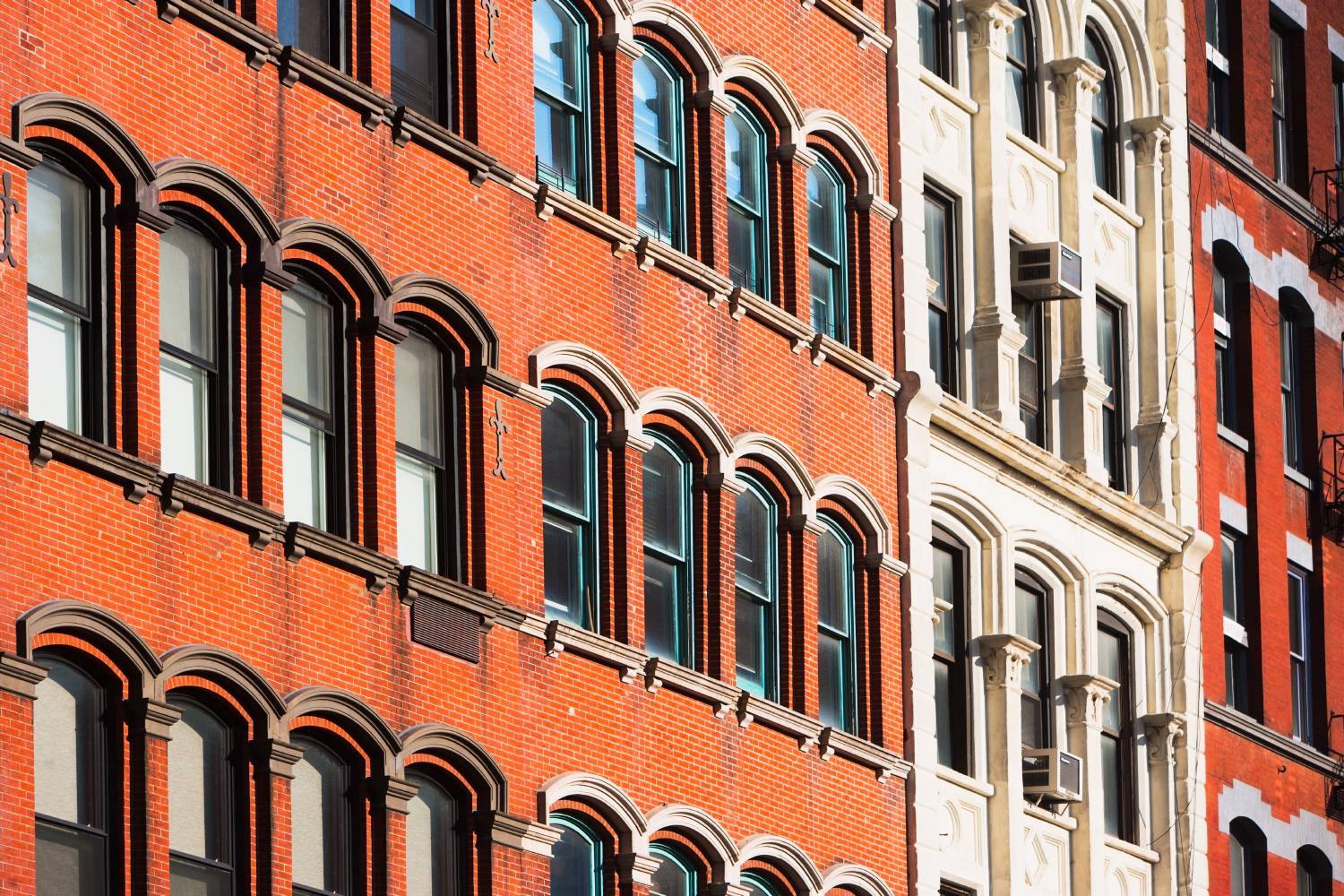 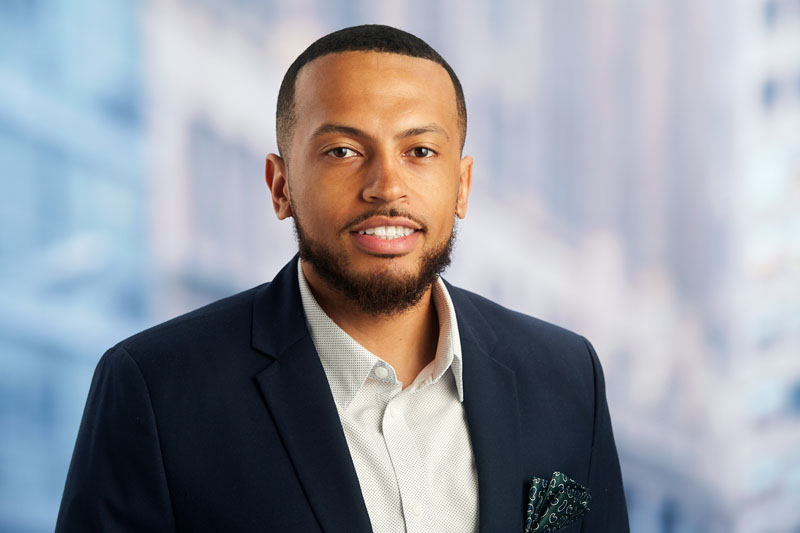 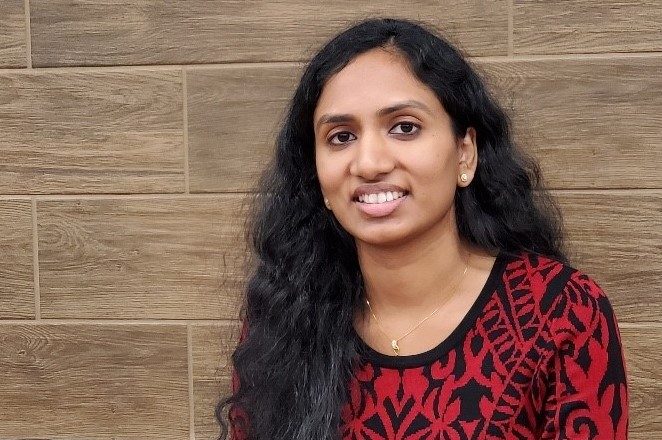 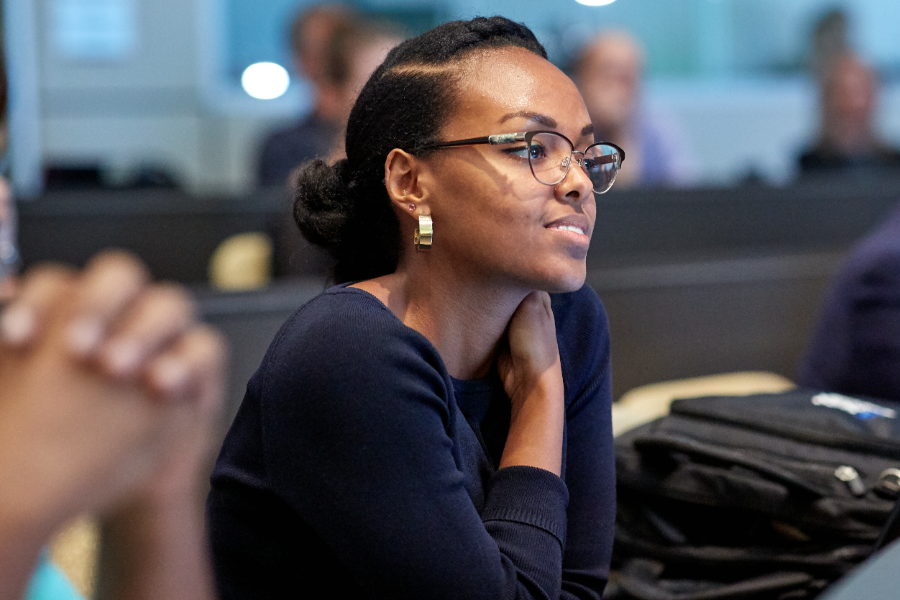 The Center will use SAS models and dashboards to further explore racial disparities in home loans and home conditions. With this information, it can develop programs that address these disparities so that ultimately more Black homeowners have a chance of owning a home in the city and more Black families can use their homes to build wealth.


"The reason I got into analytics is to work on projects like this."
– Hiwot Tesfaye, Data Scientist, SAS
As Black homeowners continue to face greater challenges, including more foreclosures, more tax liens and higher unemployment rates, data-driven policies are crucial for bridging those gaps. Especially now that the COVID-19 pandemic has compounded many of these problems, and anti-racist protests have drawn attention to systemic racism, the Center hopes to be part of the solution.

“It’s been really interesting to see this national conversation kick up to a fever pitch about a lot of the same topics we’re exploring together,” says Leo Goldberg, a Senior Policy Associate at the Center.

“Discussion of the racial wealth gap, disparities in homeownership rates and disparities in living conditions by race have become everyday topics on the radio and in the newspapers, and this is the stuff we’re looking at together,” says Goldberg. “I found that to be a meaningful boost to this work.”

Grice echoes Goldberg’s thoughts. “With everything going on in the world today – quarantine, COVID, systemic racism, BLM protests – this project has been personally important. I can take my mind off everything and do something that I know is contributing to a higher good.”