It is a generally accepted maxim in business that you can’t cost-cut your way to success.  Growth requires attention to the top line, which in turn is largely driven by innovation.  Applying analytics to improving innovation suffers from the same lack of direction as does Analytics for strategy, but with a little structure we can adequately address this matter.

For me that structure comes from W. Brian Arthur’s (Stanford Univ, Santa Fe Institute) “The Nature of Technology,” and his four distinct levels of innovation:  Phenomena, devices, combinations, and systems.  We’ll take each in turn and see if, where and how analytics can be beneficial to these innovation endeavors. I'll use electric vehicles (EVs) as a common example in each section and then expand to examples in other domains. 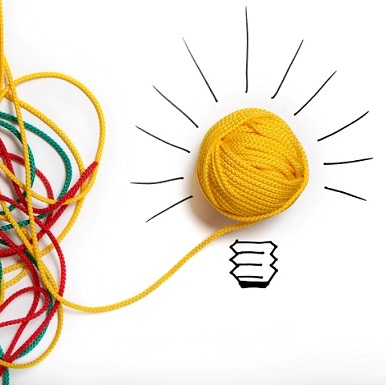 Innovation at this level is what we generally call basic science.  All technology is eventually based on harnessing some specific phenomena in the world.  Electric vehicles depend primarily on physical phenomena discovered and mastered over a century ago – electromagnetism – especially the work of Maxwell. While there are still discoveries to be made in physics, most notably in gravitational waves and particle physics, most of the current buzz in innovation is focused on the fields of biochemistry, genetics and nanomaterial behavior.

These scientific efforts rely on tried and true statistical measures of significance to identify the signal from the noise and ascertain that it’s not just a random fluctuation. Drug development and testing for efficacy and toxicity makes copious use of basic statistical methods like t-tests and randomized factorial treatment analysis.

Harnessing the power of any physical phenomena requires a physical device that exploits its properties: the lightbulb for electricity, solar cells for light waves, and an assortment of engines for chemical combustion.  Our EV employs a wide variety of devices, from electric motors and their inverse, electric generators, to transmissions and wheel bearings, and to compressors for air conditioning.

Innovation at the device level brings us closer to what we normally consider innovation: Thomas Edison in his laboratory inventing the phonograph, the fluoroscope and motion pictures.  The analytics of big data often comes into play at this level, especially that of Variety, one of big data’s 3 V’s, involving the integration of disparate data silos, the integration of separate domains, and how it enables interdisciplinary approaches.  Much of the cutting-edge innovation at the device level is occurring among the interdisciplinary “computational” sciences – computational biochemistry, computational climate science, and computational fluid dynamics.  Engineering is collaborating with medical device research, nanotechnologists are collaborating with drug delivery mechanisms, and materials scientists are collaborating with aerospace designers.  All of which requires effective data integration.

How can you embed analytics into your device to increase its effectiveness at the scene and its value in the broader ecosystem in which it operates?

Analytics-at-the-edge (i.e. streaming analytics) is another major application of analytics at the device level. Today, smart devices are operating and making decisions autonomously in real time.  How can you embed analytics into your device to increase its effectiveness at the scene and its value in the broader ecosystem in which it operates?

This is where innovation really explodes. Our EV is a combination of dozens if not hundreds of devices.  Combine them in a different way, plus or minus a few additional devices, and instead of a car you get a truck, a bus, a train, a plane, a submarine or a drone.  In the social sciences the Montessori method would be a combination of devices in the field of education; online shopping entails a combination of online ordering, online payment, and a logistics system in the retail domain.

At this level things get complex.  The analytics of quality, reliability and maintenance comes into play, including predictive maintenance analytics and root cause analysis.  Then there’s all that sensor data coming from tens or hundreds of devices at sub-second intervals – where analytics can tease out the signal from the noise to know when something significant has changed.  Customer and supply chain analytics can help you innovate in the fast moving commercial domain.

Data integration also becomes more complex at this level, where the by-word is digital transformation. Prior to digitization, economic/technological/industrial domains had to remain separate. Now that most everything can be digitized, disparate domains, like biology and electronics, can be integrated, leading to innovations in the field of implantable devices. Then there’s the IoT: the epitome of combinations, where the value comes not from just the device, or just the network, or just the data, but from their joint value engaged across a wider ecosystem.

At the highest level, our EV operates in a wider ecosystem of traffic networks, electrical grids, GPS tracking, in-car entertainment, and vehicle sales, maintenance and registration. Managing the smart city of the future is going to look like Houston Mission Control, including the coordination of energy, transportation, communication, utilities and emergency services for starters. All of which will depend on analytics to identify the patterns that indicate change, problems, opportunities or innovation.

Attention also needs to be paid to the economic side of the technology. What problems does it solve, what needs are being met, and what is the state of the markets for these solutions. The financial and consumer markets are co-equal domains when it comes to innovation – they have their own equivalent phenomena, devices and combinations, and interact with technical innovation to help it come to pass, or not. And pay attention to infrastructure, the legal and regulatory framework, intermediaries, and service and maintenance. Often your bright shiny innovation needs a whole host of support structure in place before it can generate value.

At these higher levels, AI and machine learning, especially the analytics of reinforcement learning with its focus on goals and outcomes, will likely have a role to play in properly defining the need and providing the right sort of direction and motivation

The future – An assessment

The most important takeaway from the history of innovation is how long it can take for any specific innovation to create significant economic value.  It took 40 years for the electric motor to replace steam powered machinery in the factory because the whole idea of the factory had to be reimagined and reinvented.  Radio waves took decades to become radar, television and mobile phones.  While the pace of change at the device and combination levels has undeniably increased over the past century, system level maturation still takes decades.  As Brian Arthur describes it, the economy does not adopt technology so much as it encounters it. And through such encounters adjusts itself gradually across many domains and industries to incorporate new technology.

Where would I place a few of the most prominent new technologies?  At the phenomena level, as already mentioned, would be the creations of nanotech. Some nanotech will quickly become substitutes for inferior materials and make their economic impact felt immediately, while others may have to wait for ancillary technologies to catch up, such as drug delivery mechanisms. 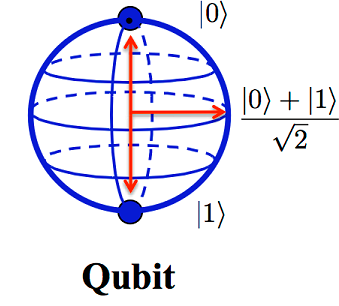 Quantum computing is straddling the device and combination levels. More work still needs to be done to stabilize the process at the device level, including work in decoherence. But it also requires supporting combinatorial technologies such as an operating system, initialization and error correction.

Blockchain has proven itself at the combination level with cybercurrency and is looking for ways to embed itself into other domains such as supply chain management and financial derivatives.  EVs and autonomous vehicles are here but waiting for the system level dependencies to evolve, such as dedicated autonomous lanes and EV charging stations on every corner.

What phase are your innovations in?

If you are looking to effectively apply analytics to your innovation initiatives, first understand at what level your innovation efforts are focused. Then select the appropriate tools and methodologies for the undertaking.  But also, keep in mind the dependencies, especially at the ecosystem level. Innovate based on an understood economic need you can fulfill, and work to maximize the opportunities for the broader economy to encounter your innovation.