The current rate of workforce change is unprecedented. Each new generation of working professionals is emerging more rapidly than the one before, with increasingly advanced expectations of their employers. The latest cohort is Generation Z, typically defined as those born after 1998. This group is fresh-faced, independent and extremely pragmatic. 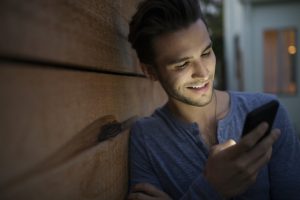 They’ve grown up in a post-Facebook age on social media sites like Instagram and Snapchat. They multi-task on many screens, not one or two. They may have a multi-channel persona that’s been carefully cultivated. They want to create, innovate and believe success comes from their network as well as their own qualifications. They challenge the status quo and traditional approaches to landing your first job. They might be hard to reach or understand. But they also present an opportunity, both in the workplace and the marketplace.

Gen Z in the workplace

Gen Z will soon be mixing with the Traditionalists, Baby Boomers, Generation X and Millennials. Each cohort brings to the table their own eccentricities, strengths and weaknesses. It makes for an exciting and interesting workplace dynamic.

For Gen Z, being glued to the desk from 9 to 5 might seem out of the question. Similarly, this generation no longer expects to be in the same role or with the same organisation for too long. They crave the independence and autonomy to conduct work on their own, more collaborative terms. They’re used to creating their own networks, rather than being part of a group with established connections.

How do organisations get the most out of this young and nascent population?

Keep in mind that this generation has never known a world without the Internet. They're constantly connected; most of them spend hours a day on their phones, tablets or even laptops. It’s not uncommon to see these digital warriors multi-tasking across five screens in a single day. As technology has become a fundamental part of Gen Z’s lives, they also expect it to be integrated into their work environment.

If content isn't creative, relevant and engaging, Gen Z will simply switch off. Apps must be intuitive and give the answer they want, when they want it and work on multiple devices. This makes them pragmatic problem-solvers – they see the design and the end-game first, and then work back.

Communication, creativity and curiosity are sought after skills within UK businesses. With high levels of self-confidence, a desire to learn and a proactive attitude towards work, organisations should expect to reap rewards from this generation – but only with the right support and infrastructure.

What this support looks like isn’t obvious. They've lived through 9/11 and its aftermath, the collapse of the financial markets and the emergence of new economies like China and India. They may not take the traditional route to their first job, being suspicious of debt which fueled the financial crash. Why, they might ask, should I land myself in £40,000-worth of debt by going to university? Especially when they’re facing another mountain of debt with their first property purchase. Will they abandon the ownership model? They might very well choose not to own their own car or their own home.

Gen Z's experiences and outlook make them difficult to predict, so it's difficult to know what support and infrastructure will suit them best.

Gen Z in the marketplace

Never has a generation had more chances to be distracted or over-stimulated than Generation Z. With ubiquitous technology and users constantly switched on, they have access to more information than ever before -- and this can make it difficult to break through the clutter.

But it also means that Gen Z has the ability to absorb copious amounts of information, and organisations need to keep this in mind when they think about how to innovate their services and offerings. Gen Z know what they’re looking for, and it’s important to make the distinction between a perceived short attention span and a highly-tuned content filter.

Gen Zs carefully curate and cultivate images of themselves, and keep their online channels constantly updated with what they're doing and what their interests are. As a result they leave a data trail -- and that gives businesses the opportunity to better understand them through data analytics.

Privacy seems inconsequential to this generation. They're happy to trade their privacy for a fair value quid pro quo: “I'll let you know this about me, if you give me something in return.” As a result, Gen Z expects businesses to know everything about them: Where they last went on holiday, the book they're currently reading or what they plan to do at the weekend.

And it's all available online. By analysing the data, such as geolocation, date of birth and personal interests, organisations can gain invaluable insights and provide contextualised and personalised products and services. And since this generation is less concerned with brand loyalty than most, it’s about getting the right offer to them at the right time.

What’s worked for organisations in the past -- both in the workplace and the marketplace -- won’t necessarily work with this group. The eldest members of Gen Z will soon be joining the workforce. Organisations must be willing to work hard for their attention, search out the top talent in less traditional ways and keep them motivated once they arrive.

For more, read this report by the Economist Intelligence Unit: Making Millennials 'Sticky' to learn how marketers in financial services can use customer-centric and digital marketing strategies to attract and keep millennial consumers. 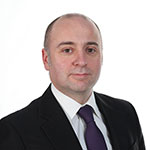 Hugo D’Ulisse leads the UK Centre of Excellence team responsible for Big Data & Data Management at SAS UK & Ireland. He is passionate about the opportunity that data and analytics offers to transform the way we do things across all industry sectors. Hugo and his team have developed the SAS Big Data Innovation Lab proposition to accelerate how our customers experiment with analysis of new and existing data types to create innovation in their organisations.