I have a short attention span. So, imagine my delight when a colleague of mine introduced me to theSkimm. If you are not familiar, theSkimm takes the top news stories of the day and summarizes them quickly, in ways that are easy to understand – and often linked to pop culture.

For example, during the most recent GOP presidential debate, a major topic was Dodd-Frank. This is how theSkimm crew described it for readers:

“Dodd-Frank...as in the banking regulation overhaul law that was passed after the financial crisis and whose mention makes the candidates see red(der). Especially Sen. Ted Cruz (TX). When asked if he would let a ‘too big to fail’ company like Bank of America go under during a financial crisis, he wasted no time saying ‘yup.’ To which BofA’s PR team said ‘thanks.’”

Regardless of your political affiliation or your knowledge of banking regulation, I bet you understand that explanation of how GOP candidates feel about Dodd-Frank.

As a communicator, this is something I tackle daily. How to make the often complex terminology and industries we work within easier to understand … and might I even suggest, relatable. 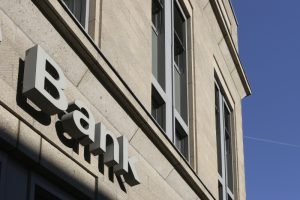 I understand the banking industry is serious. Money is on the line for not just companies but individual and family livelihoods.  However, Joe Tripodi, the former chief marketing officer for Coca Cola, at a recent banking conference said something that really rang true, “You don’t have to be serious just because you’re in a serious industry. Just be authentic.”

Both Tripodi and theSkimm point to the importance of relatability and good storytelling.

Tripodi gave seven tips for effective storytelling during his presentation:

Recently, SAS launched a new solution suite for bank stress testing. Stress testing, to most of us common folk, and I’d argue a lot of banking industry professionals as well, is hard to understand. To try to simplify the message and communicate what SAS can do to help, we created a video with imagery everyone could understand – a baby taking her first steps, students taking a test, a goalie blocking a goal – along with “torn from the headlines” examples such as the financial collapse and the decreasing value of Chinese currency.

This was a small step toward our team trying to tell a better story.  Do you have an example of communicating complex topics simply or with a story? 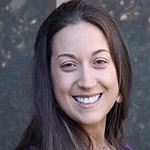 Casey Novak is currently a member of the public relations team at SAS where she helps tell impactful stories to garner media coverage for SAS’ products and solutions. Prior, Casey worked in marketing communications at Siemens and as an account supervisor at G&S Business Communications. Casey received her bachelor’s degree in communication studies from UNC Chapel Hill. A Durham native and loyal Bull City supporter, she currently lives in Raleigh with her husband and son. Follow her @RaleighPR.