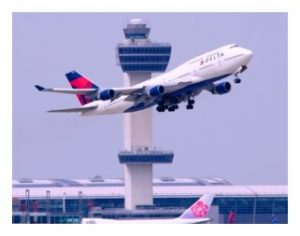 The volume is being turned up on the Control Tower approach to running a business; I have recently been introduced to logistics control towers, supply chain control towers and operations control towers just for starters.  I’m sure there must be at least a half dozen more out there – pick a noun, place it out front and voila, your very own control tower du jour.

By the time I got to the third one, I realized that these people were serious, and my initial reaction upon considering the implications was – Oh no, not another business process!  Does it replace something?  Does it consolidate multiple somethings into one something?  Does it provide me with a new capability?  If it doesn't do at least one of these, why would I bother?

Perhaps in the end the control towers will prevail, I will have been shown to have  overreacted, and the answer to complexity might indeed be more complexity.  But I’m not going down without putting up at least some token resistance, so what follows are a few critical factors I think you should evaluate before taking the control tower plunge, with the understanding that by borrowing the pre-existing label / framework / metaphor, the airport control tower, it means we’re borrowing and building on pre-existing concepts that will influence our expectations.

Likewise, I think we would be better off focusing on improving our data integration and better coordinating our own internal handoffs than in building something unmanageable in practice.  The end-to-end visibility is still there, but just in manageable chunks.  While it’s always good to have a noble, motivating high-end vision in mind, often it is more productive to simply set our sights on meaningful, achievable, incremental improvement. If you are at stage 1 or 2 on a five level maturity scale, getting to stage 3 and staying there can be so much more important than aspiring to a level 5 goal that never gets any closer.

Despite my initial misgivings, I am trying to keep an open mind on this topic, and will be closely watching its evolution and maturity.  Control towers may very well have their operational place in an organization, but I am skeptical that they will have a strategic role to play – more on that next time.