SAS/OR 14.1, which became available on July 14, delivers a number of new and enhanced features in optimization and simulation. These changes are designed to make SAS/OR even easier to use and to enable you to model and solve larger, more complex problems more efficiently. If you're using SAS/OR now, I recommend upgrading to this new release as soon as you can. You'll be glad you did. If you don't currently use SAS/OR, I hope to pique your interest and encourage you to learn more about SAS/OR.

SAS Simulation Studio 14.1, a component of SAS/OR 14.1 for Windows environments, adds features that improve the accuracy of your models and add controls on model execution. Highlights include:

The SAS/OR team is always working to shorten optimization time, because speed equals scalability, and because at SAS optimization is increasingly included as a key component (but still one of several components) in solutions that need to provide quick results. In SAS/OR 14.1, several of the optimization solvers improve their performance over that of SAS/OR 13.2, released 11 months earlier. 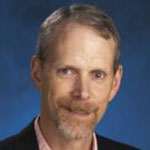 Ed Hughes is the Product Manager for SAS/OR, which includes software for optimization, simulation, scheduling, and other operations research analytic methods. He works closely with SAS/OR R&D to guide software development and also works regularly with our customers and salespeople to determine how SAS and SAS/OR can best address their needs. Ed has worked for SAS Institute and has been involved with SAS/OR since 1986. He has an M.S. in Operations Research from UNC-Chapel Hill and a B.A. in Mathematics from Franklin & Marshall College. In his spare time, Ed enjoys announcing sports at Leesville Road High School in Raleigh, NC and playing goalie for the Chiefs, an ice hockey team in Wake Forest, NC.