A few days back I published an article on including more subject data in a Waterfall graph.  This was motivated by the desire from many users to view more data in the same graph, thus avoiding the need to refer to different graphs for the relevant information.  In this case, I started from the traditional data used for a Waterfall graph, and added relevant new data columns to create the graph.  These graphs were presented in a paper at PhUse 2018.

In this article, I want to present a different approach to the same idea, starting with the data for a traditional Swimmer Plot.  I will add the relevant information for "Change from Baseline" of tumor data, Lesion type, etc, sort the data by best change from baseline and display both the Waterfall data and Swimmer data in the same graph.  The data set sorted by response is shown below. 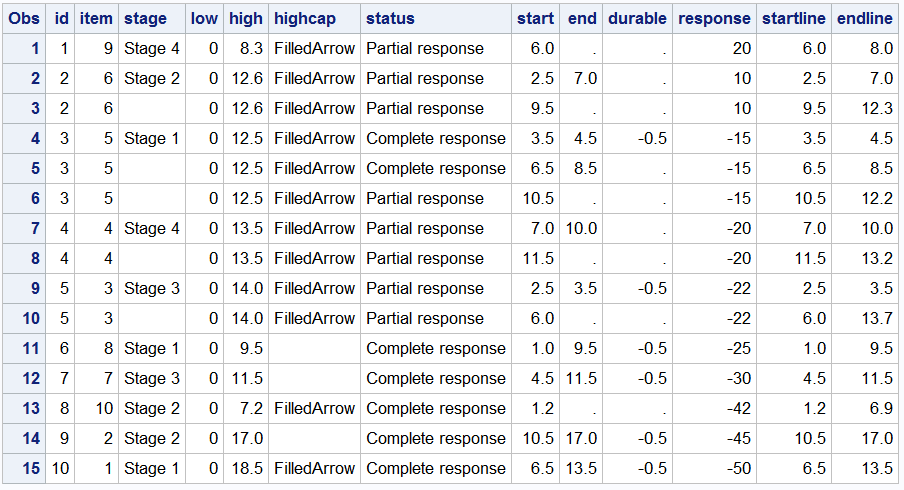 Now, we can create a 2-column graph where we can display the "Change from Baseline" data in the left cell in a vertical orientation where the response values are shown as horizontal bars.  The associated Swimmer plot information is displayed in the right cell in the traditional Swimmer Plot orientation. 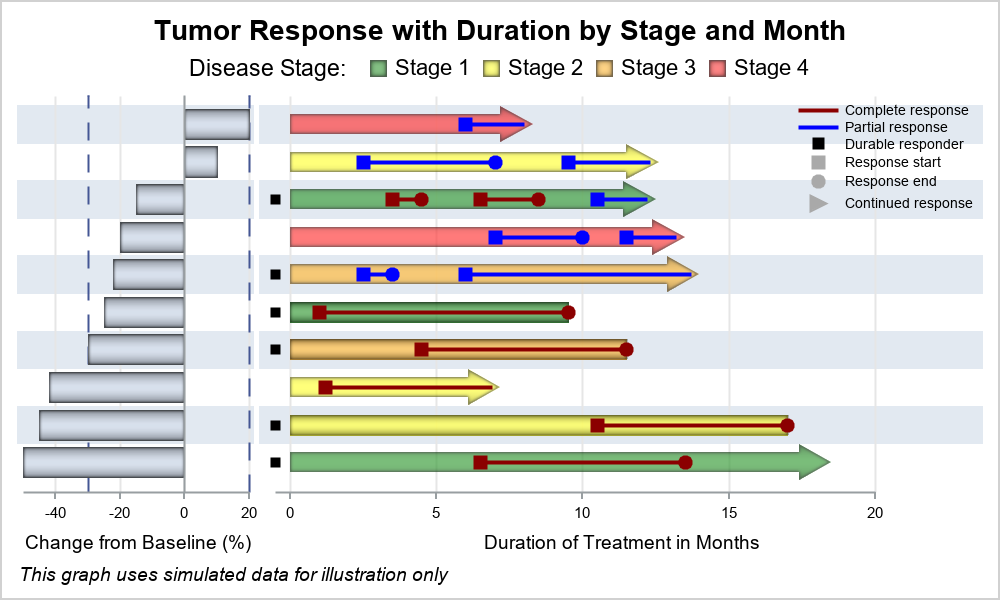 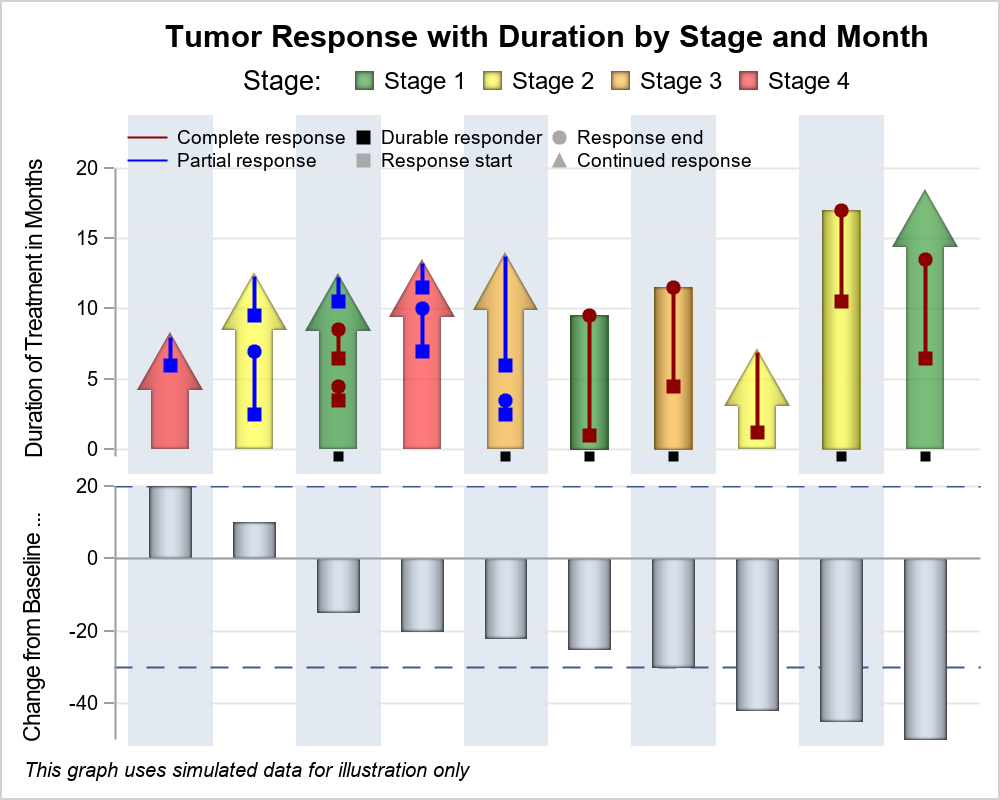 Full GTL programs for the graphs above:  SwimmerPlus