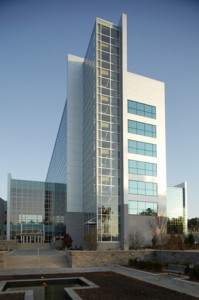 When you work at headquarters of the leader in advanced analytics software, you never know who you'll encounter in the lobby. It might be celebrity statistician (and New York Times FiveThirtyEight blogger) Nate Silver, of The Signal and the Noise and election forecasting fame. It might be Donald Wheeler, giant in the quality control field, Deming Medal winner, and author of one of my favorite books, Understanding Variation.

Or, it might even be People magazine's most beautiful woman in the world, Gwyneth Paltrow, on the set of Iron Man 3.

In the movie, SAS serves as headquarters for Stark Industries, and last June we enjoyed a day of filming with Gwyneth, Robert Downey Jr., Jon Favreau, and the whole IM3 gang. There was even a casting call for SAS employees to serve as extras.

Despite my multiple efforts, encouraged by someone who called himself "the casting director," it turned out you couldn't just earn a part the old fashioned way. Instead, there were three requirements:

Unfortunately, I failed miserably on all three. But at least several of my younger, richer, and better looking colleagues made the final cut.

Iron Man 3 opens today at a theater near you.

[See this full account of How SAS became Stark Industries for a day.]