Tax fraud…5-7 years in prison. I thought I had it all figured out. The government wades through millions of returns and tries to issue refunds quickly. Sure, I filed over a thousand for my clients, but that’s just a blip on their radar. I never thought I’d get caught. But I did, and as the evidence was presented at my trial it became clear that I underestimated the Department of Revenue, and their technology.

Since I’m already enjoying the hospitality of the state prison system, I may as well tell you my story. I’m the Phantom Preparer. I hatched what I thought was a low risk tax fraud scheme that netted me over a hundred thousand dollars. After two months bunking with a cell mate who bathes infrequently and talks to spiders, I can tell you…it wasn’t worth it.

It's a simple scheme. I would claim fake credits or large (overstated) deductions for my clients to get them huge refunds. I would take a cut, and everyone was happy. Maybe they knew something was fishy, maybe not. They sure didn’t complain about the windfall. And as word got around that I could score big refund checks, my clientele grew.

The problem is, more clients equals more data. And that’s like candy to sophisticated fraud analytics. As exhibit after exhibit was trotted out by the prosecutor, I got pretty sick of seeing that SAS logo pop up. SAS Analytics uncovered patterns that led investigators to my door. 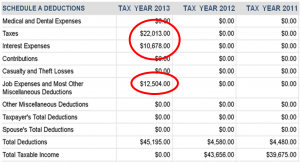 Upon further review, that does look a little suspicious.

I submitted more than 1,400 returns, all online, over three years. I never filled out the Preparer Tax Identification Number field, thus my secret identity as the Phantom Preparer. I figured with all the returns flooding in, who’s gonna notice? Right… Unfortunately, all those empty fields create a pattern.

You know what else is a red flag for DoR investigators? When someone goes from years of claiming little to no deductions to claiming more than $45,000.  More than 90% of my filed returns claimed refunds. In retrospect, I may have gotten a bit greedy. $10,000 in interest expenses? Sure! $12,000 in job-related expenses? OK!

I didn’t think they’d compare past years to the current claims. It just seemed like too much information to wade through. Not so much, I guess.

Also, all those returns were filed online from the same IP address. Mine. Whoops.

Not only that, at my trial they showed something called “geoboxing”. Basically, it was my house on an aerial map…surrounded by a cluster of the addresses on the fraudulent claims, and wouldn’t you know it? I was at the intersection of Tax Fraud Lane and Up The River Court. Lots of my neighbors were clients. 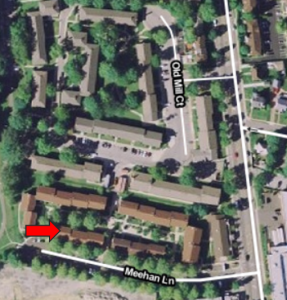 You can see my house from here! 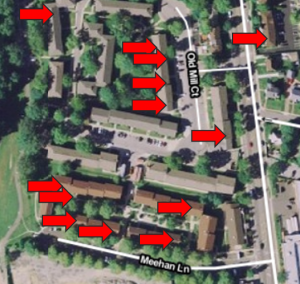 Unfortunately, investigators could also see a dozen of my clients' houses.

When the prosecutor was building their case, they even went back and matched the timing of the filings to my calendar. So, say I met with Bill Smith at 1:00pm on Feb. 20. Bill Smith’s return was filed an hour later. By itself, not a problem, but when that same pattern repeats over hundreds of meetings and fraudulent filings…uh-oh.

So, the evidence was overwhelming and I copped a plea. With good behavior I may be out in four years. I guess I’m not the Phantom Preparer anymore. I’m just Prisoner #4976113.

While inspired by true events, this blog post is a work of fiction. Any resemblance to actual events or persons, living, dead or imprisoned, is entirely coincidental. 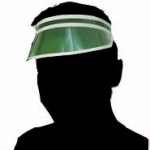 The Phantom Preparer is a disgraced, former accountant serving 5-7 years in prison for tax fraud. His favorite pastimes include folding laundry, keeping his head down in the yard and ruing the day he decided to cheat the system.