On a cold and wet December morning in 2008, at approximately 1:30 AM, I pulled into the parking lot of an abandoned supermarket in Arlington, TX.  With sleet pelleting my windshield, I saw three additional sets of headlights enter into the parking lot from different directions.  All three cars converged on mine…lights blacked out…trunk lids popped open…and I knew it was ‘go’ time.

In each of our trunks were a collection of shotguns, assault rifles, road flares (because every cop has road flares), evidence bags, zip ties (they work better than handcuffs in rapid response situations), Kevlar and ceramic plated tactical vests, hollow point ammunition, Taser, pepper spray (3 million Scoville Heat Units – ouch!), ASP baton and handcuffs. Last, but not least, I had my .40 cal Smith & Wesson Military and Police Semi-Automatic handgun with Trijicon night sights.

As we say in Texas, we were loaded for bear!  We had everything a team of highly trained law enforcement professionals could possibly need to execute the search and arrest warrant for the…um...gentleman that we had probable cause to believe had committed health care fraud.

While health care fraud cannot compete with the Hollywood-style glamorization of guns, drugs and murder, it is not any less important of a crime to investigate, nor does it have any less dangerous perpetrators. With annual losses to Medicare fraud estimated as high as $250 billion, the United States is extremely vulnerable to groups like the Russian Mafia and Nigerian Mafia, to name a few.

So, which of the weapons mentioned in our trunks above are best served to combat this threat to, not only our health care delivery system, but also our economy?  Is it all of those ‘cool toys’ I got to play with in my former law enforcement life?

Not even close. While guns and gadgets will always have their place in law enforcement, I would argue that data mining is the best, but least emphasized, weapon in the proverbial trunk of law enforcement professionals.

Since 1978, Medicaid Fraud Control Units (MFCUs, the largest group of state law enforcement professionals fighting health care fraud in the US), have not been allowed to use federal matching funds for the purpose of data mining.

Here is an excerpt from the Federal Register:

Federal regulations at 42 CFR 1007.19 specify that State MFCUs are prohibited from using Federal matching funds to conduct ‘‘efforts to identify situations in which a question of fraud may exist, including the screening of claims, analysis of patterns of practice, or routine verification with beneficiaries of whether services billed by providers were actually received.’’

Historically, State Medicaid Agencies have performed the data mining function and then fed the MFCU leads that rose to the level of a credible allegation of fraud.  With the modernization of technology and a change in law on June 17, 2013, MFCUs are now benefiting from the ability to apply their federal share of dollars towards data mining activities.

While some MFCUs are content with being given a fish by the State Medicaid Agency, other MFCUs are wading into the Big Data waters and seeking assistance from companies like SAS so they can learn how to fish.

I imagine at some point, data mining will be as common to tomorrow’s MFCU investigators as Kevlar and blue steel were to my generation of crime fighters. 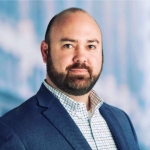