Have you noticed a lot of graphs popping up lately, about politicians, voters, and elections? ... Well of course - it's an election year!

If you follow my blog posts, then you're probably a bit "smarter than the average bear" when it comes to scrutinizing graphs. And election graphs election graphs probably need more scrutiny than your average graph. Here's an example I recently came across in /r/dataisbeautiful on Reddit that shows the average age of the US Congressional Delegates, by state. 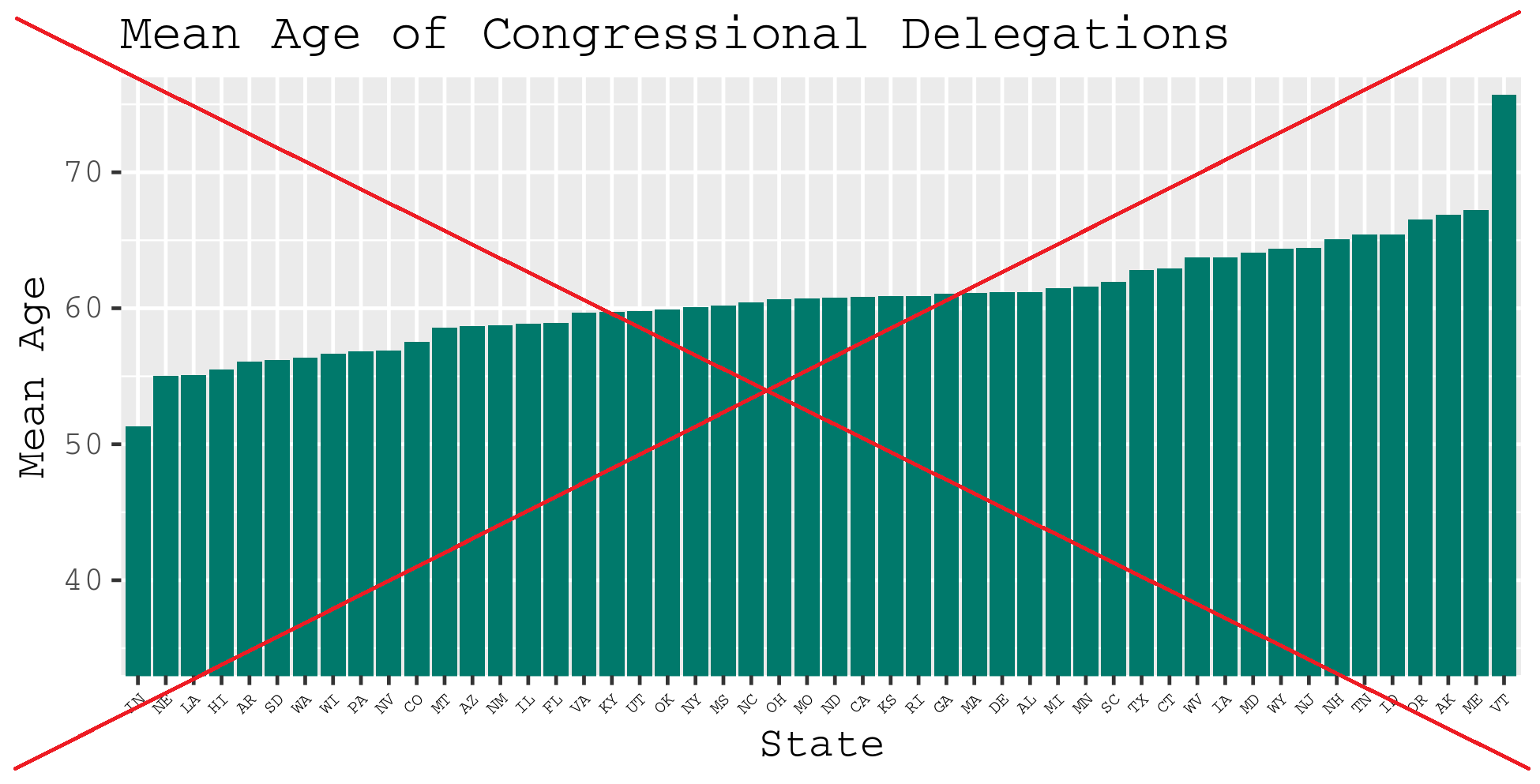 The graph might have appeared to be beautiful at first glance (simple, and an interesting topic) ... but when I looked closer, several problems jumped out at me:

I found the data source listed in one of the Reddit comments, and located the data page on Github, and downloaded the csv data file. I imported the data into SAS using Proc Import, calculated the ages as of the 'snapshot' date using the following equation age = put(yrdif(birthday, "&snapshot"d, 'age'), comma5.1), used Proc SQL to calculate the average age per state, and then created my own version of the bar chart (fixing the deficiencies of the original chart). Here's a link to my SAS code. Can you spot all the differences in my version of the chart, below? 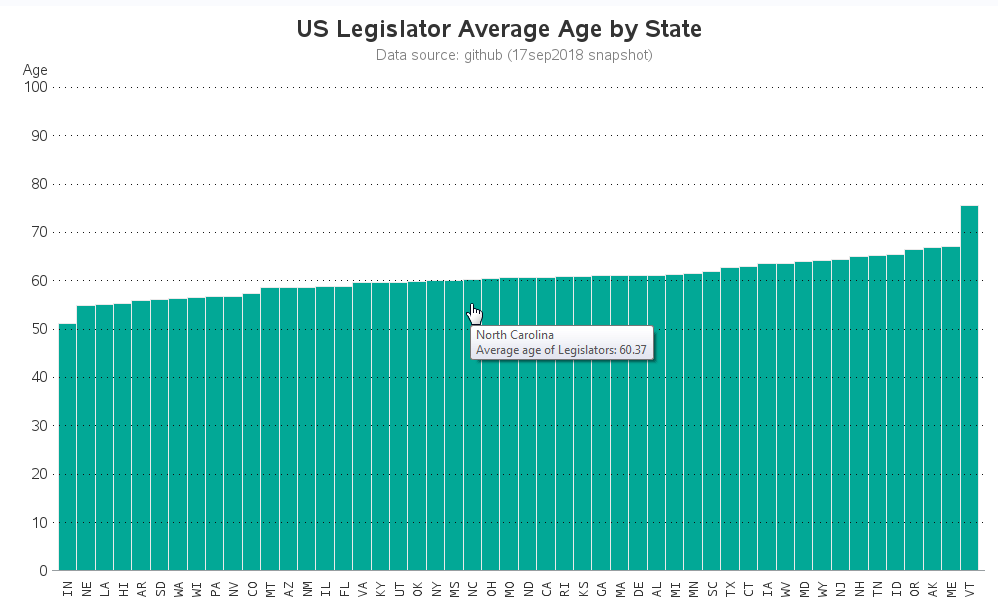 Here are the corrections & enhancements in my version of the bar chart:

The new bar chart is interesting, but I wonder if the average age tells the whole story. The data contains the individual age of each legislator, therefore let's plot those values and see how they look! 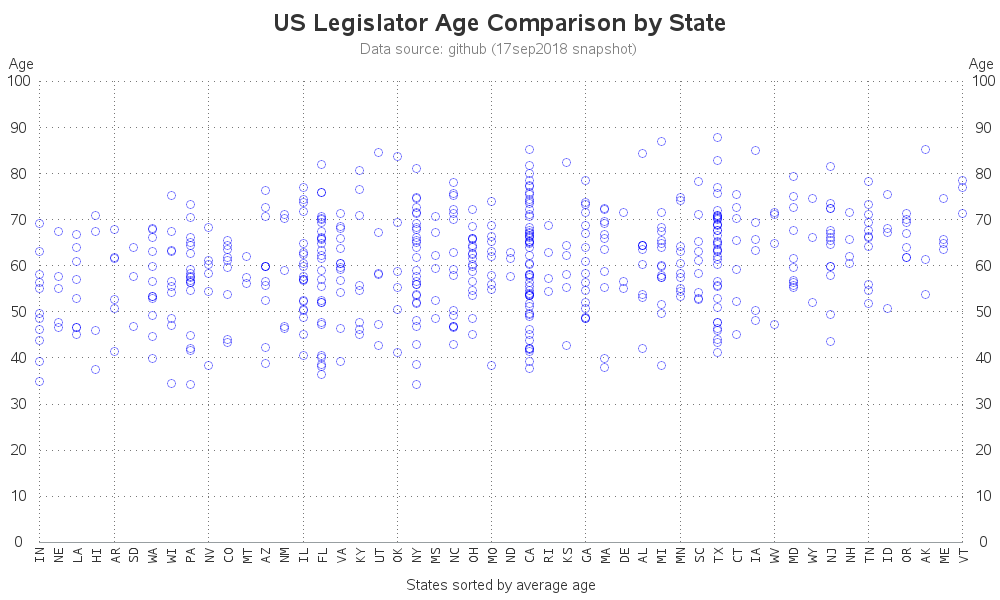 I sorted the states by average age, so we can more easily compare this scatter plot to the bar chart, but it's not immediately visually evident. Therefore I decided to add a line for the average age: 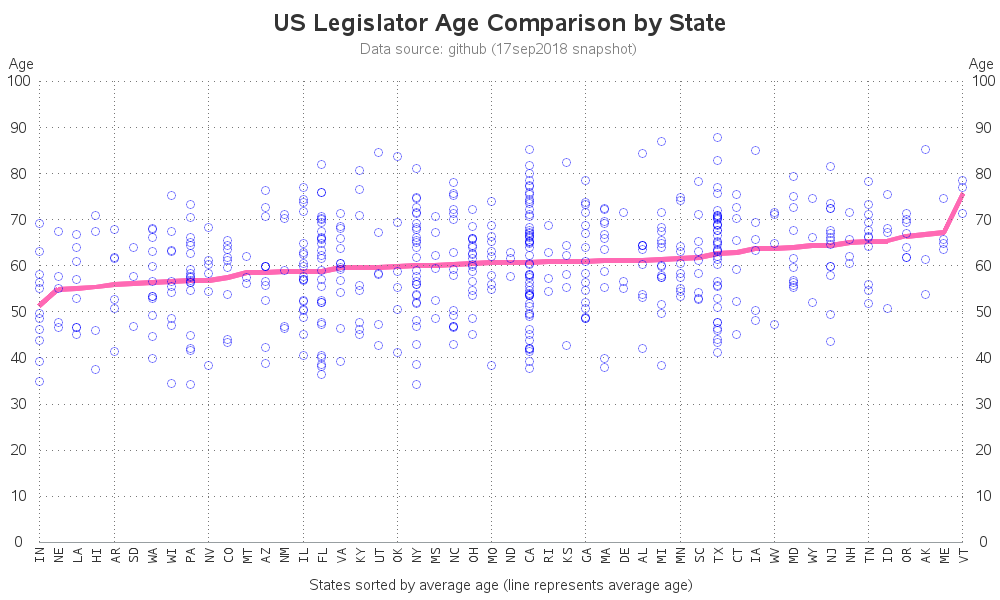 Sometimes the average (or mean) doesn't tell the whole story, and I wondered how it compared to the median age? An easy way to add the median age is to overlay a boxplot (which shows the median as the middle line in the box). 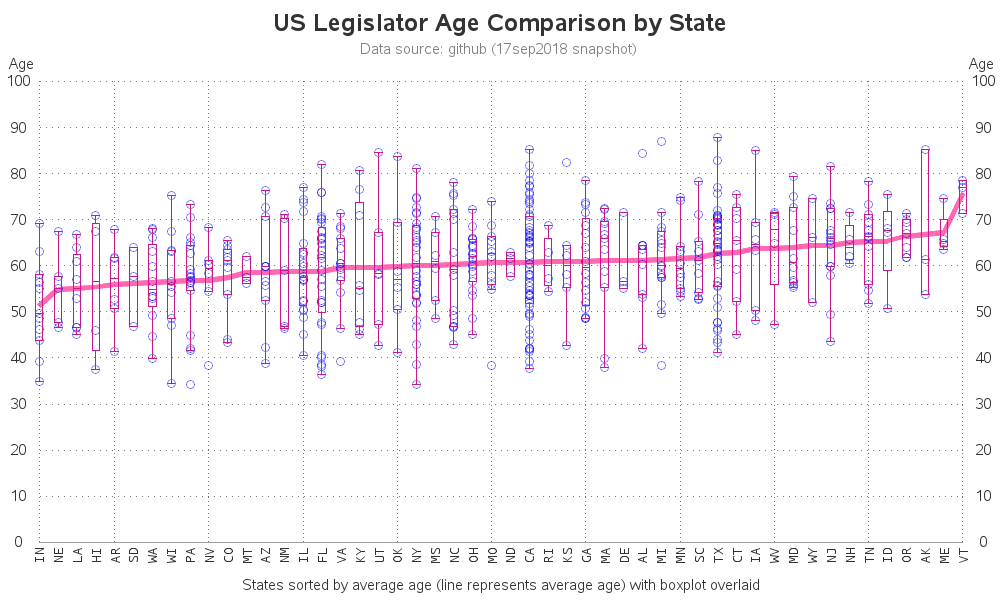 Which graph do you like best? I think I prefer the scatter plot with the line, better than the one with the boxplot.

Now for a quick quiz to test your political prowess! ... Can you name the current oldest members of the US congress & senate? How about the oldest ones that have served in the past? Leave your guesses in the comments. (No cheating & using Google!) And do you think the average age will increase, or decrease, after the upcoming election?