A question recently popped up in a discussion forum about creating table plots using SAS. So I thought I'd dabble in this topic, and see what I could come up with. If you're interested in tableplots, or American Community Survey (ACS) data, or data visualization, I invite you to follow along ...

In a SAS discussion forum, user lambdavu showed an example of a tableplot created using R software, and asked if it was possible to create such a plot using SAS. Here's a portion of the graph he showed. 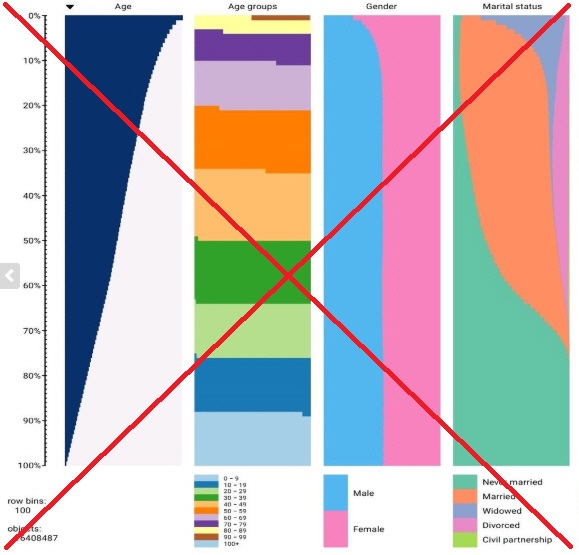 User SuzanneDorinski responded with some SAS code she had used to plot the 2015 American Community Survey (ACS) 1-year Public Use Microdata Sample (PUMS). She used Proc Rank to calculate the centiles (plotted along the left axis), Proc SGplot to draw the graphs, and ODS PDF with the columns=3 option to plot her three graphs side-by-side. Here's a screen capture of her output - pretty cool stuff! 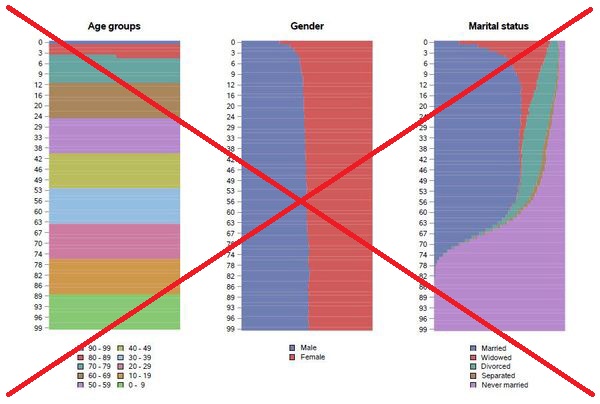 But after I studied the two tableplots (above), I decided they didn't really suit the way my brain thinks. Binning the data by centiles (100 groups with an equal number of observations, sorted by age, in each group) didn't really make sense to me. My brain kept wanting to treat the centiles as if they were ages ... but they weren't. What ages are actually in 'centile 27'? ... Who knows! Centiles might be useful for people doing certain kinds of studies, but they just didn't seem useful to me, for this particular data.

So I decided to create an alternate plot...

I downloaded the data zip file, extracted the SAS datasets out of it, and combined the psam_pusa and psam_pusb datasets - this produced a dataset with 3,147,005 observations which is a little over 2GB in size. I combined all the over-90 ages into a 90+ age group (because your graph has to end somewhere), and set up a few user-defined-formats so the numeric codes in the data would show up in the legend as useful/descriptive text. Here's an example of one of the user-defined-formats:

Plot by Age (rather than Centiles)

I then created three plots with Proc GChart, using the g100 option to scale each year's stacked bars to 100%. And my bar midpoint axis is just the simple/straightforward age (rather than centiles). I used ODS tagsets.htmlpanel to position the charts side-by-side ... but since each chart is independent, they each allocated a different amount of space for the legend. And with the different legend sizes, the bar chart axes don't line up exactly the same, making it difficult to compare the charts. 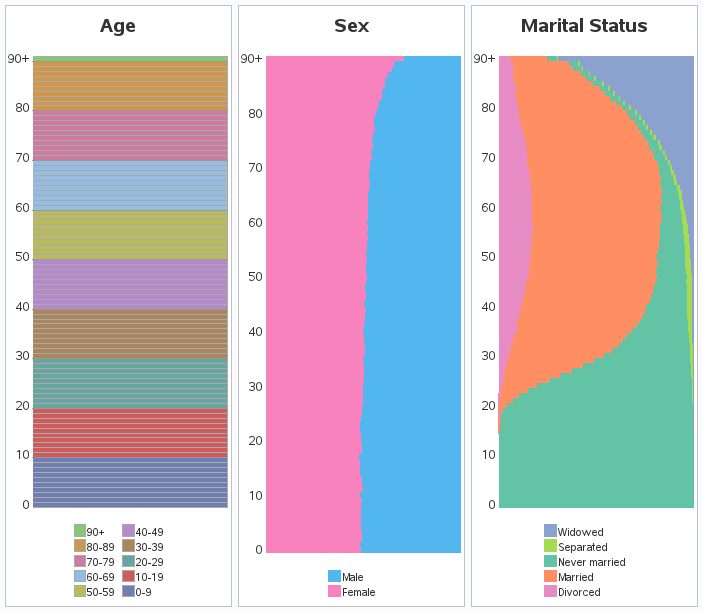 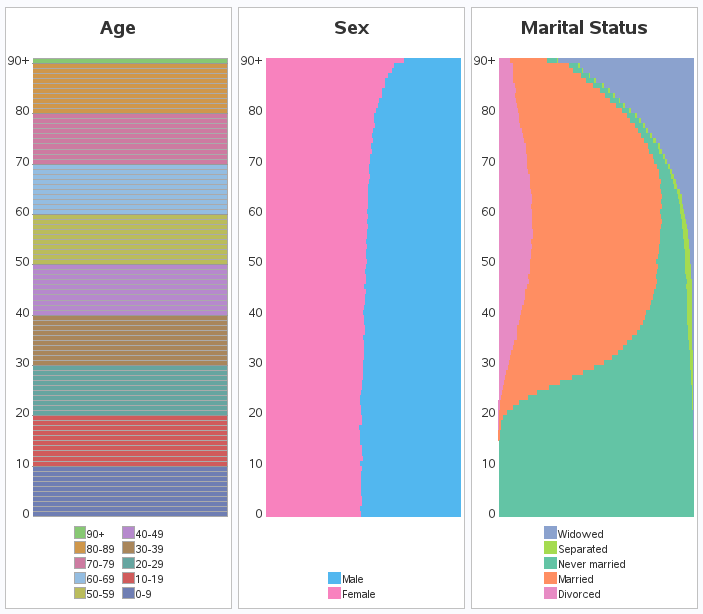 Now that I had a nice intuitive graph that my brain understood (above), I decided to try to answer a question about the data ... are there more men, or women, at certain ages? Looking at the Sex (male/female) graph above, the amount of pink & blue looks about 50/50 until you get up into the older ages (because women usually outlive men).

But could I really trust my eyes to judge the amount of pink and blue? Was it really split 50/50 for the lower ages? I needed some kind of reference point to assist my eyes. So I added a simple gray reference line at 50%. Now I can tell easily tell whether the blue and pink meet in the middle ... or not. With the help of the reference line, it looks like until about age 25 there are actually more males than females - interesting! 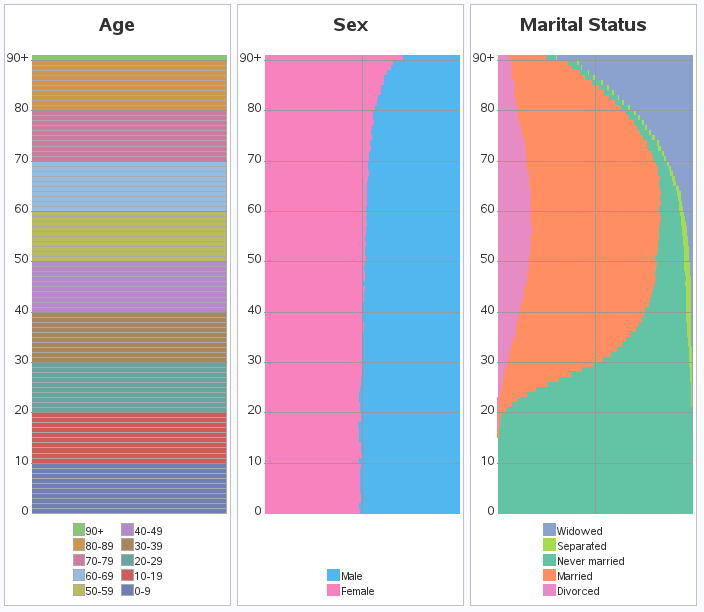 So, what other data would be interesting to plot this way? (Feel free to discuss in the comments!)