My buddy Rick Wicklin recently pointed me towards an animation of some opioid prescription rate data for Illinois. And, of course, I decided we needed a similar animation for North Carolina (with a few improvements...)

Here's the original, and here are the problems that jump out at me: 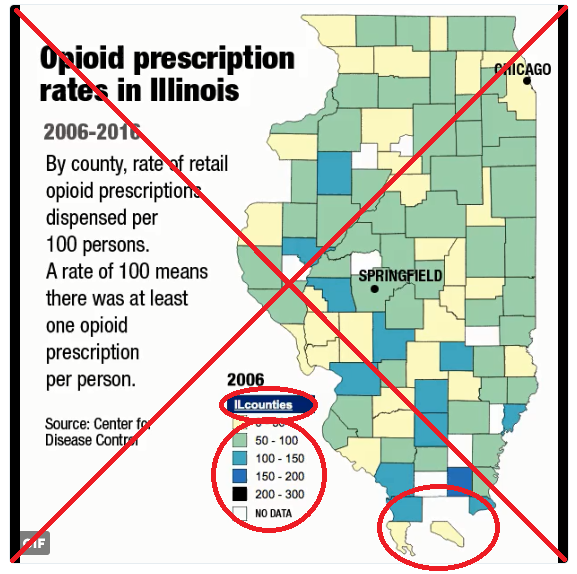 I found the data on the Centers for Disease Control (CDC) page. There was an HTML table for each year, so I wrote some SAS code to scrape the data from the HTML code. I then wrapped my code in a SAS macro, and called the macro once for each year, and then used a data step to combine all the years into a single dataset. It's some pretty cool SAS data management code, and I invite you to have a look at it!

In my first pass at plotting the data, I made sure the counties with missing data showed up in the map (see Camden county along the east coast). I also sorted the legend such that the higher values were at the top, and used better labeling in the overall title and legend title. I think the map is looking much better already! 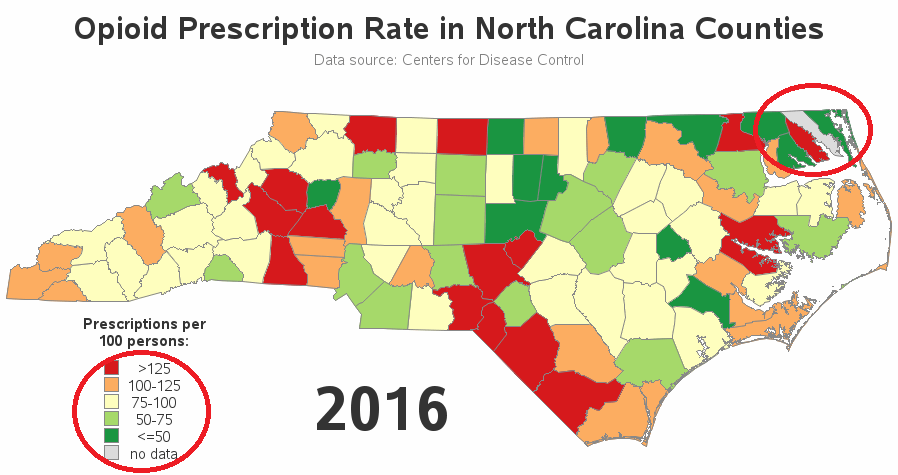 Just looking at the map above, I could definitely see some geographical trends. I first assumed that some of the red areas probably represented Charlotte, Fayetteville, Winston-Salem, and Greensboro. I added HTML mouse-over text to the counties so I could see the county names and help verify whether the red counties corresponded to the big cities ... but I soon realized that I didn't really know which cities were in which counties (it's been a long time since Junior High school! LOL) 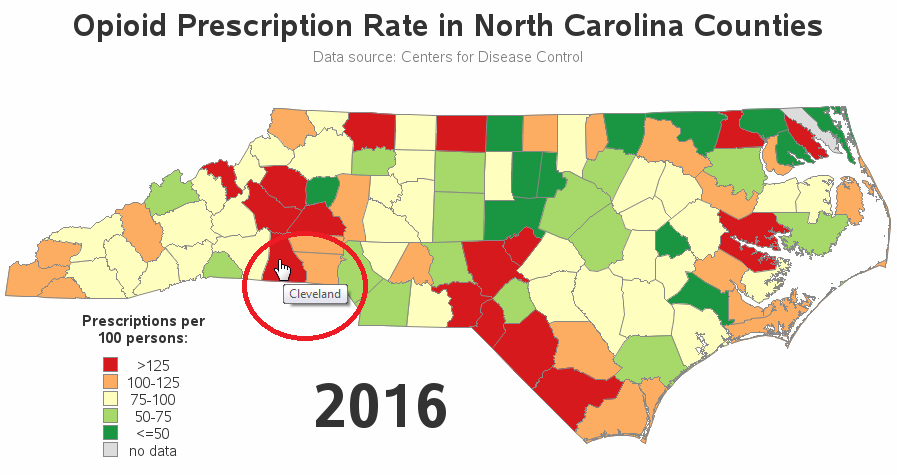 So I also annotated markers and labels for the major cities ... and to my surprise, none of the red counties housed a major city! (I love it when I add something to a map that provides more/better insight!) Note that I used Proc GProject's parmout=/parmin= options, so that I used the exact same parameters to project the city locations as I had used to project the map borders - this guarantees the cities will line up in the correct locations. 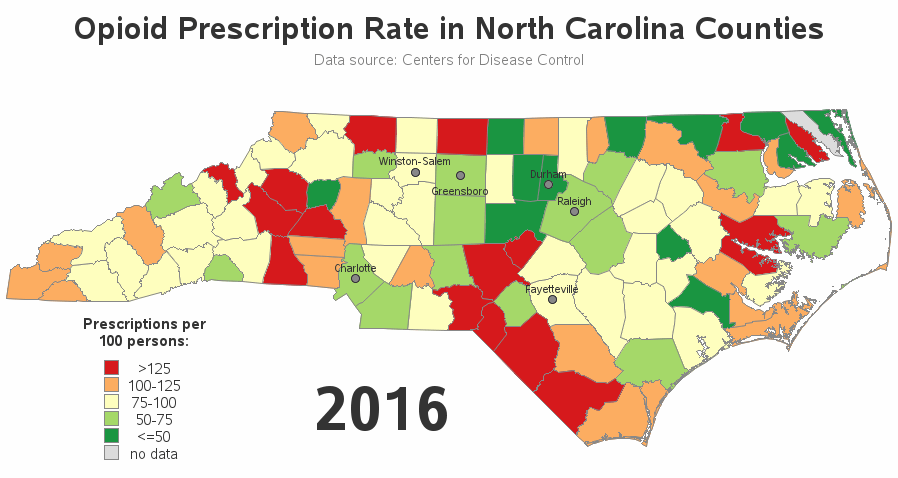 Once I had a map I liked, I added a 'by year' statement to produce the map for all years (2006-2016), and two more lines of code to package the images up into a GIF animation. Feel free to download my SAS code, and modify it to plot the data for your own US state!

Click any of the images above to see the full-size interactive version of the final animation (with mouse-over text showing the county names).

Now for the big questions ... why do some counties have a much higher opioid prescription rate than other counties? What other data might it be interesting to try to correlate this with?