Have you, or someone you know, gotten the flu this year? Word on the street is that this year's flu might be particularly bad, and the data seem to be corroborating that so far. You don't want to take my word for it? -- well then, let's have a look at the data!

First, here's some "small data" on the topic - 2 data points, to be exact. This is a picture of my co-worker Jennifer, and her husband Rick. They both got the flu this year (and Rick actually ended up in the hospital). Hope you guys have a full & speedy recovery! 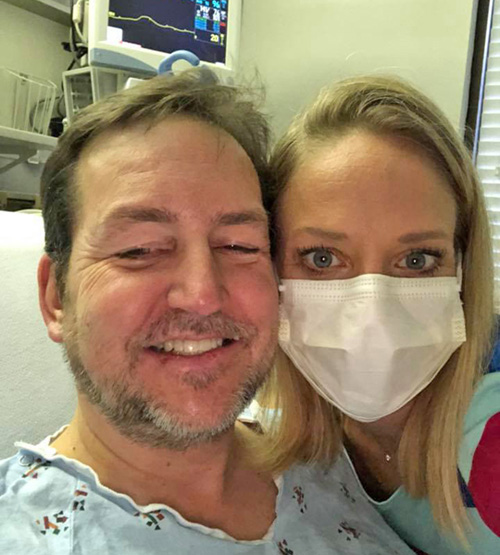 Now, let's move on to some "bigger data"!

I did a bit of Google searching, and found some data for the prevalence of flu in my state (North Carolina), for the 2017-2018 winter flu season. Here's a screen-capture of the table: 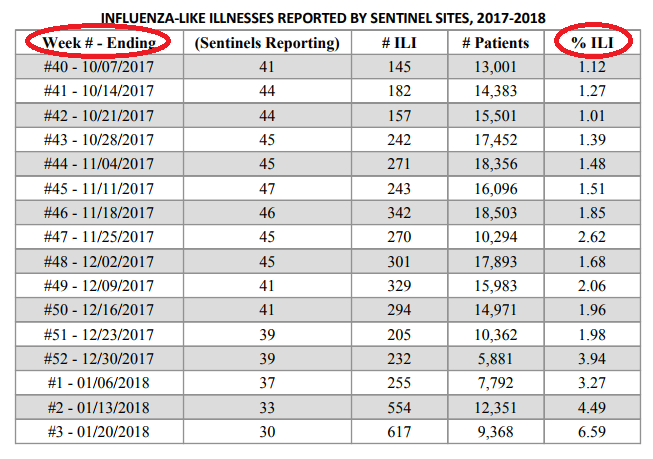 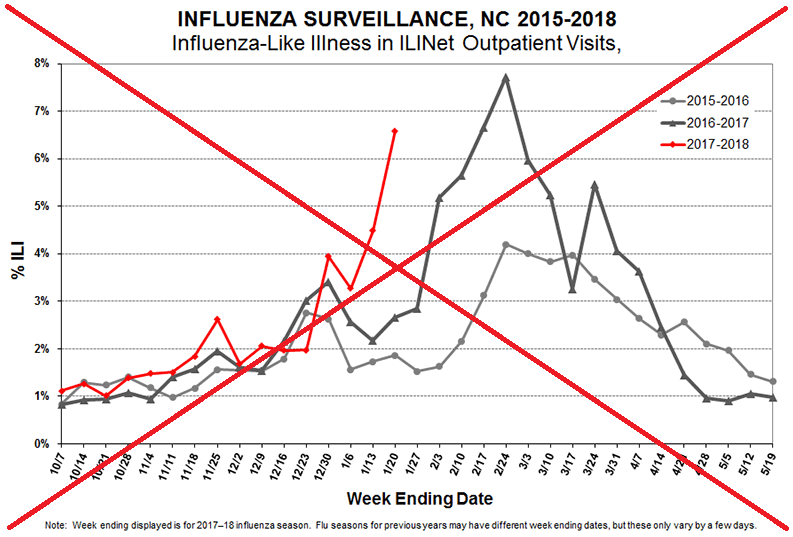 The biggest technical problem with the graph was the date axis (along the bottom). The data points are collected weekly, but the same weeks don't have the same ending dates each year. They plotted the data to the most recent year's dates, and then added a footnote trying to explain that the dates don't necessarily line up. I think this will just confuse people, and the need for an explanatory footnote makes the graph more visually cluttered. And do all those dates along the bottom axis add anything to my understanding of the graph?

It was also a bit difficult to distinguish the lines, and match them up to the legend. The markers are a different shape in each line, but they're too small to easily see. Also, the colors for the previous two years are too similar (black, and dark gray).

Also, you can't tell what the exact data values or dates are. There's no mouse-over text, etc, to show the values.

In my new/improved version of the graph, I try to fix those problems, and also make a few other small improvements. Below is a screen-capture of my graph (click it to see the interactive version, with mouse-over text). If you'd like to see the exact SAS code I used to work my magic in this graph, here is a link to the code. 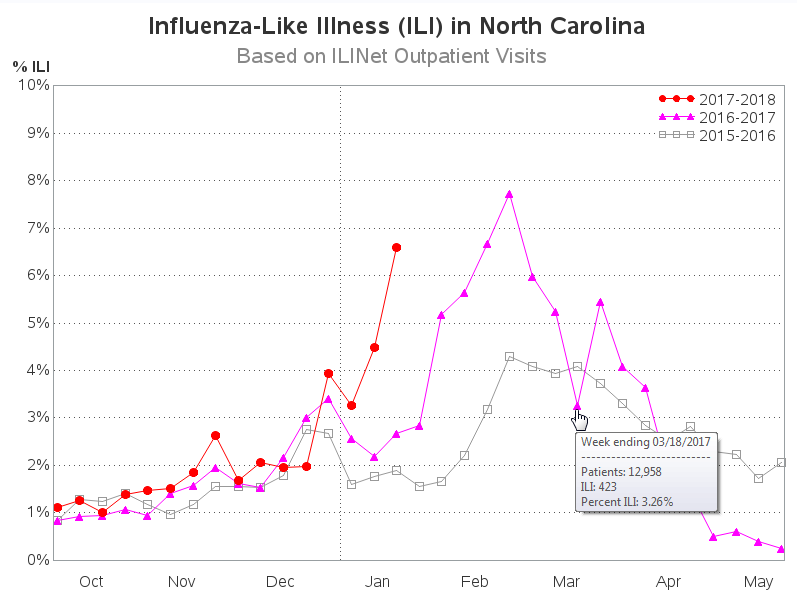 What do you think of my changes? Do you have any other suggestions?

Hopefully with better graphs, we can better prepare against this year's flu!

If you're interested in seeing even more flu data, click here to see my US map animation!