The flu seems to be especially potent this year. "How potent is it," you might ask? ... Well, let's plot some data on a map to help find out!

Here in the US, the Centers for Disease Control and Prevention (CDC) compiles data about diseases, and provides reports and graphs on their website. For the flu, they provide an interactive map animation (see screen capture below, or click here to see their actual map). 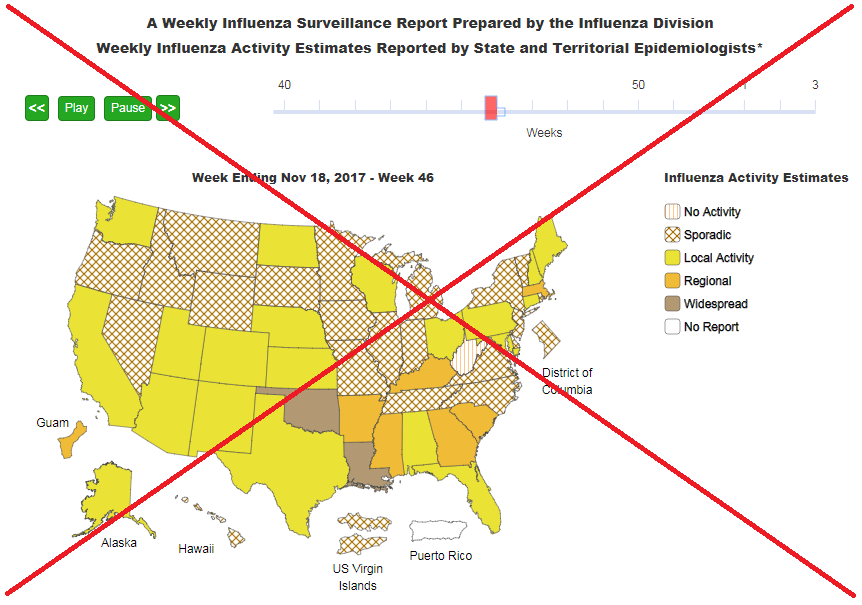 I was glad to see they had a map, but there were several things I thought could be improved:

I wouldn't be much of a graphics expert if all I did was complain about other people's graphs, so I set about creating my own new/improved map (practicing what I preach). The first step was to get the data. The CDC page allowed me to select each year's data, and download it as a csv file. I then imported the csv data into SAS, and started working on my map.

Here's a snapshot of my map, plotting the same week's data as the CDC map snapshot above: 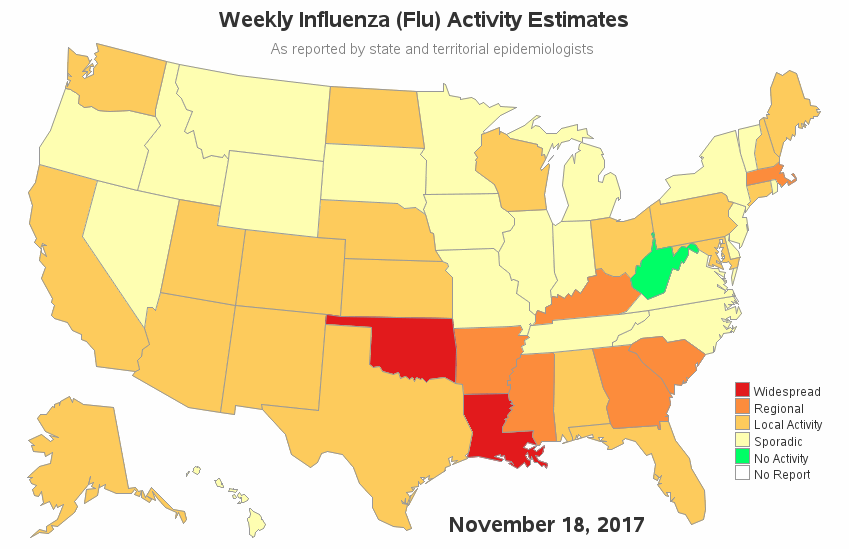 And below is the animated gif version of my map. Although an animated gif doesn't give the user the ability to stop & start the animation (to scrutinize a specific date), it does have a few advantages over the CDC's animation application. The gif animation doesn't require the user to click a 'start/play' button - it starts automatically. Also, any browser can play a gif animation, whereas some browsers might not be able to play the CDC's animation.

Looking at these gif animations, so you see any trends? Does the flu generally start in one part of the country, and spread to the other states? Do certain states tend to have less flu than others? What are your observations, and what is your guess at the root cause? (feel free to discuss in the comments section!)