As Hurricane Irma makes its way through the Caribbean, and heads towards the United States, the big question on everyone's mind ... is the hurricane going to hit my city? Or, as some people like to say, "should I buy milk & bread?" Let's analyze & map some data to find out!

These days, there are lots of hurricane forecast maps to choose from. Here's an example from the nytimes website - it's a map of the forecasts from the European Center for Medium-Range Weather Forecasts, National Weather Service. 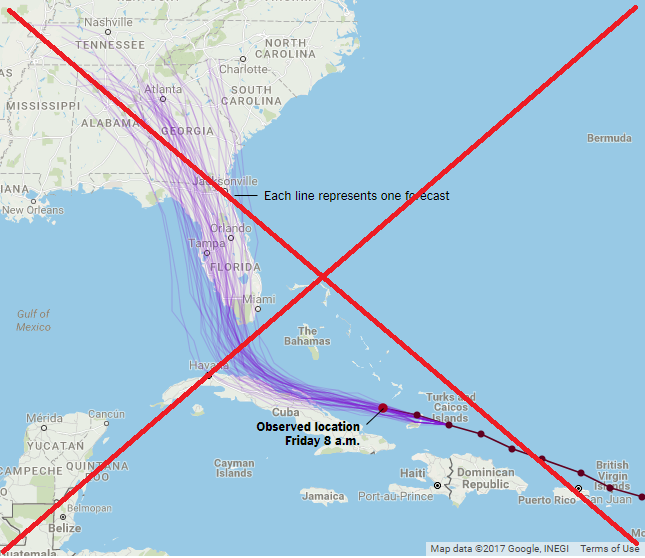 Like most maps on the web, they use a tile-based 'streetmap'. The more you zoom in, the more details (such as city names, and streets) you see. But in my experience, it's a lot of work to do all that zooming and panning. I prefer for my maps to show the desired level of detail from the start, without requiring the user to zoom and pan.

First, I had to find a source of data for a hurricane forecast. I decided to go with one of the best - the NOAA National Hurricane Center. I found that they have a page where you can download shapefiles for various aspects of the hurricanes, and I downloaded the zip file that contains the 'Cone of Uncertainty' for Hurricane Irma. I unzipped the file, and then ran SAS' Proc Mapimport on the shapefile (al112017-034A_5day_pgn.shp). This gave me the latitude/longitude points along the edge of the cone, and I used a SAS data step to convert those points into an annotate polygon (using the 'poly' and 'polycont' functions). Next, I used Proc Ginside to determine which cities in the mapsgfk.world_cities dataset were inside the cone polygon. I then used Proc GMap to create a choropleth map of the area of interest, and annotated the cities of interest, and the hurricane's 'cone of uncertainty' on the map.

The map turned out pretty nice! Notice that you can easily see (at a glance) which population centers fall within the cone. Here's a screen-capture of the map, with mouse-over text showing that Cary (location of the SAS headquarters, and also where I live), is within the cone. 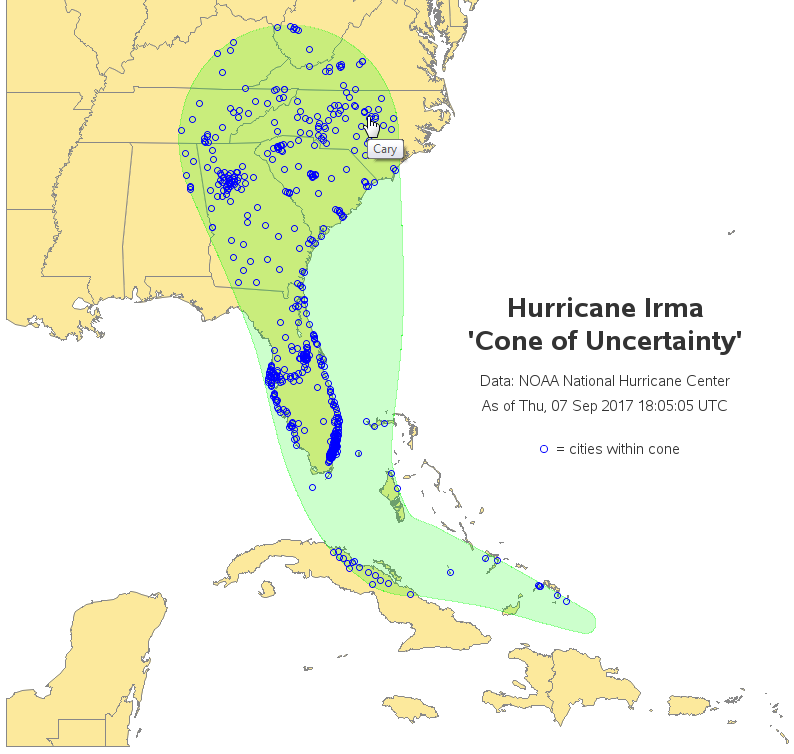 Well that was yesterday's (Sept 7) forecast. I downloaded the latest forecast this morning (Sept 8, al112017-037_5day_pgn.shp), and now the cone has moved west. Now Cary is no longer in the 'cone' ... but my friend George, who is a boat captain in Key West, is now in the cone (batten down the hatches, George!) Below is a snapshot of the new map - you can click it to see the full-size map with the HTML mouse-over text: 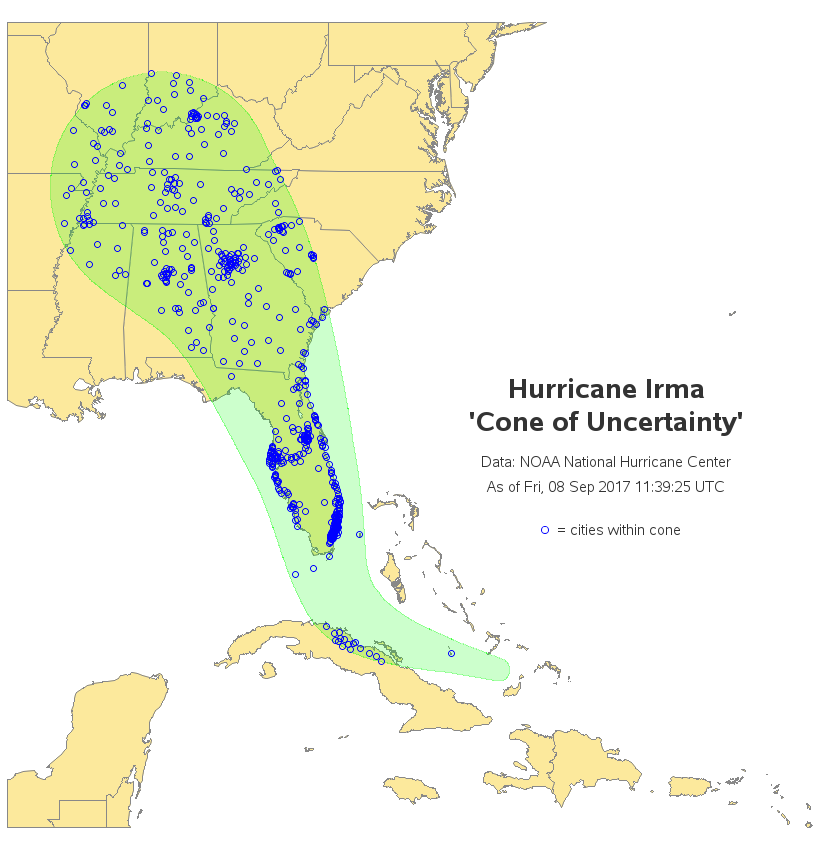 With the new forecast track, it looks like North Carolina's coast is going to be spared a direct hit from this powerful hurricane. That's welcome news for all the people with houses and boats along the coast. And here's a picture of some boats, sitting peacefully on the water (photo by Karen M. Allen). Did I mention that I like boats? :-) 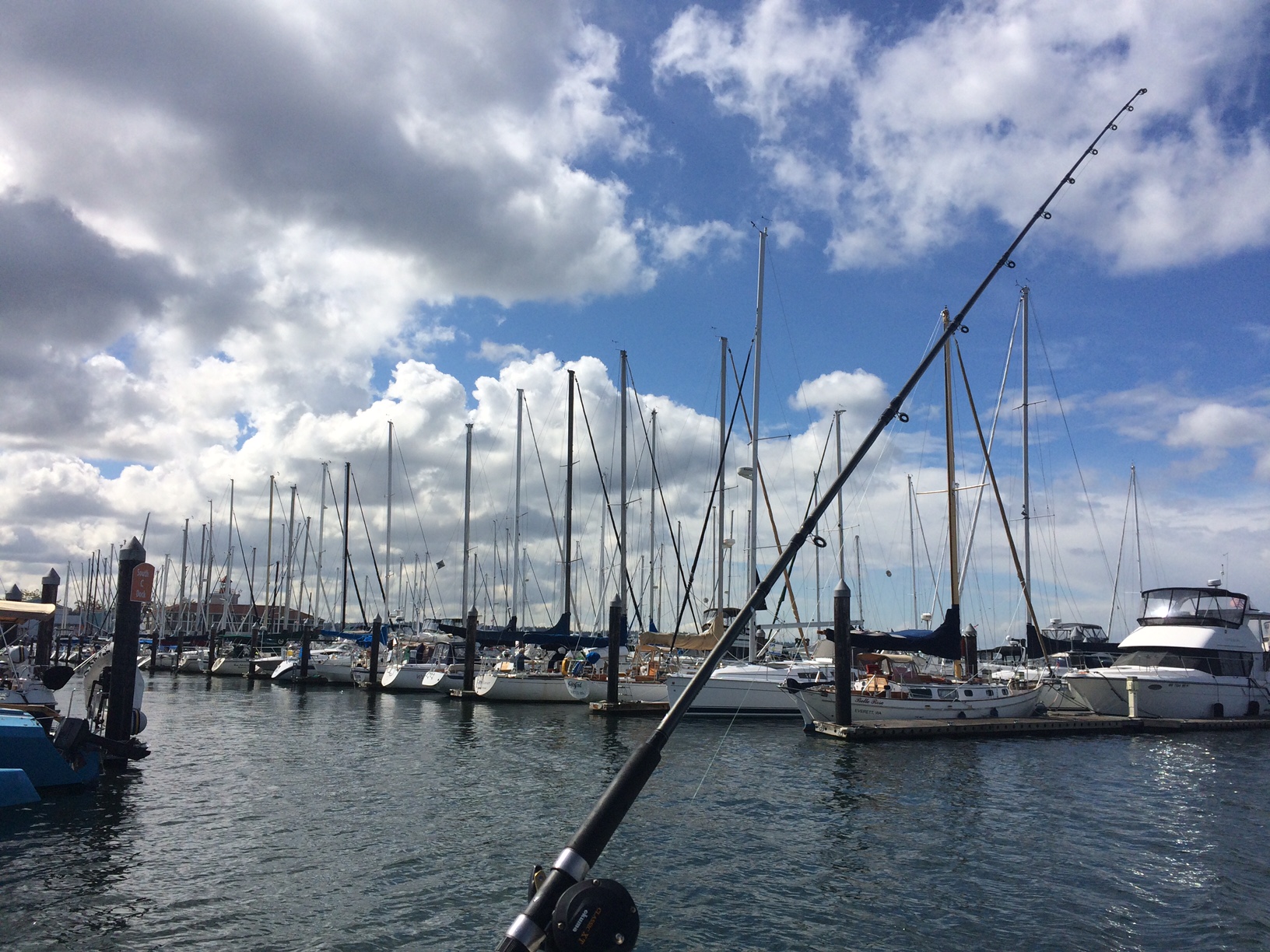 So, what are the takeaways for this blog post?