If countries have a similar median age, does that mean they are also similar in other ways? My best guess at an answer is - probably. Perhaps if we plot the data on a map, we'll be able to see the answer more clearly.

I first started thinking about this topic when I saw the following map on reddit. It was a nice simple map of some interesting data. How could it not capture my attention. 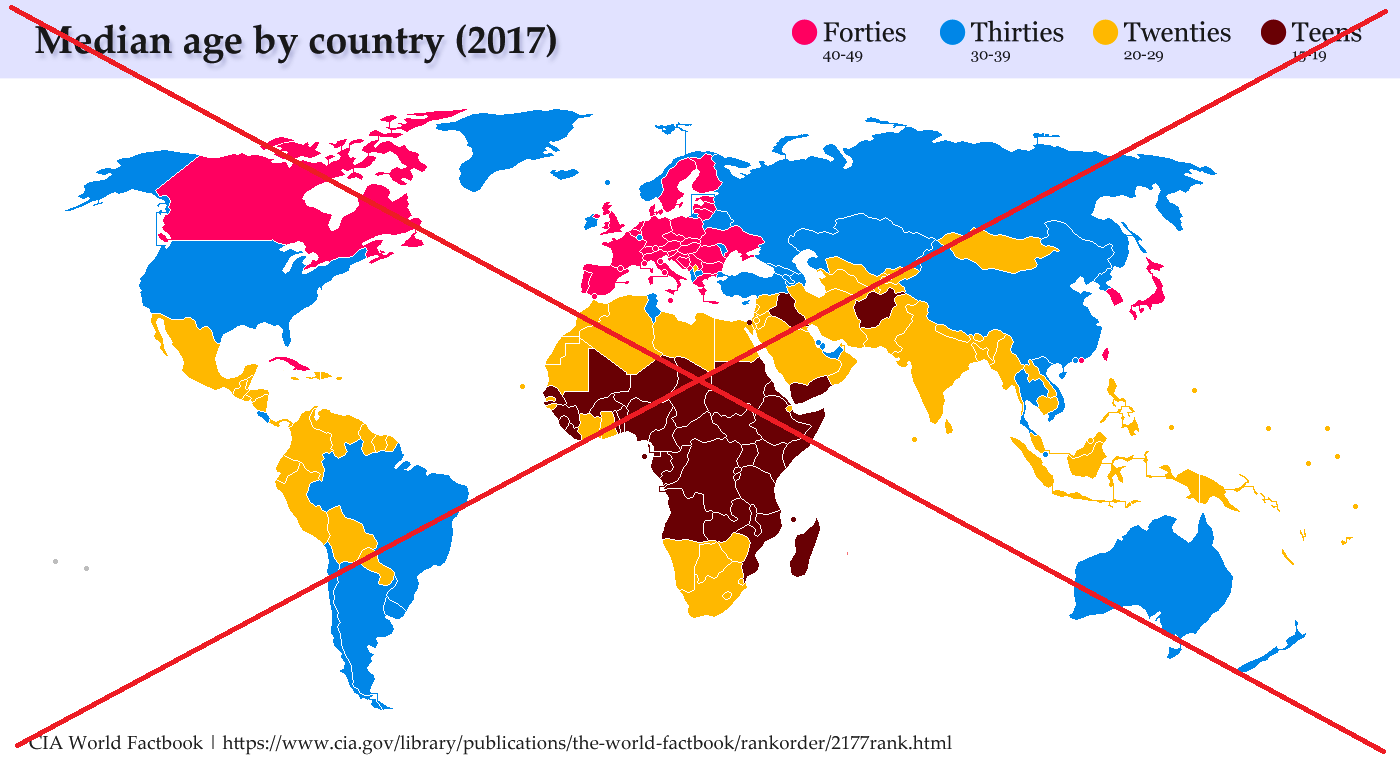 But the more I studied the map, the more problems I noticed.

Of course, it would be poor form to just complain about a map ... so I set about creating my own version. First I looked up the raw data (thankful they showed the exact url in their footnote). I then wrote some SAS code to import the text data, and set up some 'if' statements to resolve country name differences between their data, and the GfK maps that are used in SAS. For example: if country_name="Gambia, The" then country_name="Gambia";

My first map was very similar to theirs, but with the problems fixed: 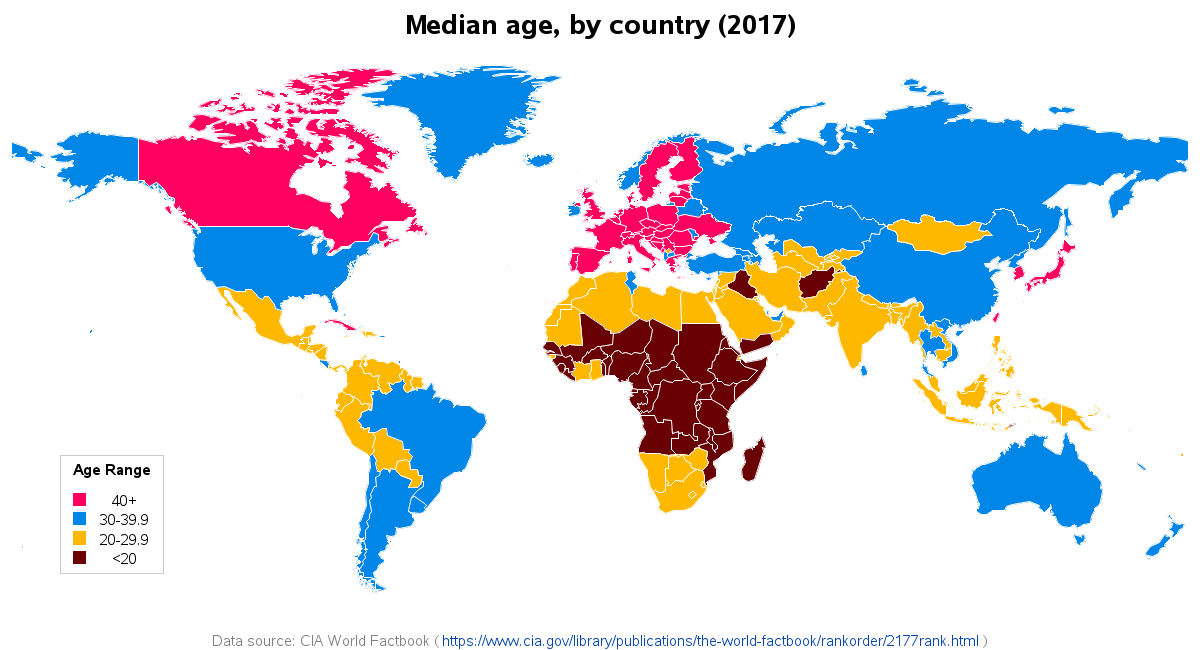 My new map was better, but I still wasn't quite satisfied with it. I decided to create another version, using more of the traditional SAS defaults. For example, I used quantile binning to split the countries into 5 groups (with approximately equal number of countries in each group) - this way, I can easily tell which 1/5th the countries are in (the top 1/5th, the middle 1/5th, etc). By specifying 'levels=5' SAS splits the data into quintiles, and automatically shows the exact range of values for each color in the legend. I like to use a diverging gradient color scheme with quintile binning, rather than using discrete colors. Here's my final version of the map (you can click it to see the interactive version, with html mouse-over text): 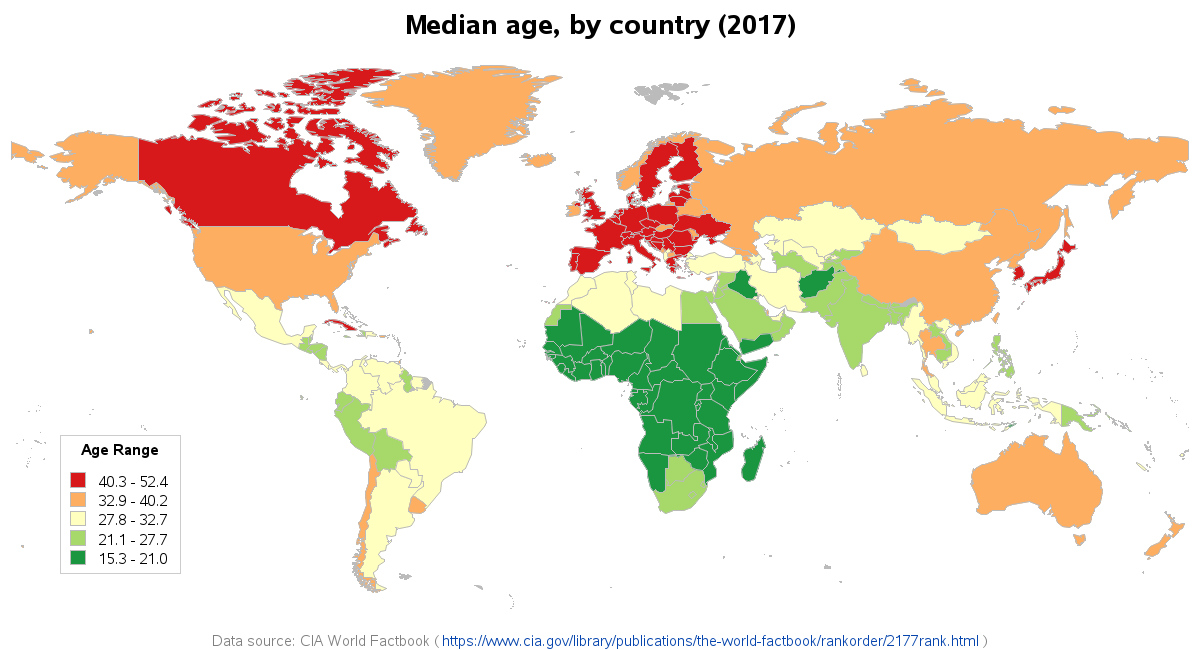 And now for some food for thought... What are the advantages of a younger, or older, median age? Have the advantages changed in the past 100 years? (or 50, or 500 years?) Assuming it's possible to control or influence things like this, what median age would be the most desirable (let's say, for looking out 100 years into the future).