You've probably all seen the images of the passenger being forcibly removed from a United Airlines flight, to make room for airline staff flying on standby. The incident caused quite a bit of negative publicity, and quickly wiped out a quarter billion $ of the airline's market value. But did you know that other passengers have also been involuntarily bumped off of flights before - by both United and other airlines? Evidently the other airlines didn't get as much publicity, but it happens more often than you might have guessed. Let's have a look at the actual data ...

But before we get into the data analysis, here's a photo to get you into the 'airline' mood. This is a picture of my friend Mary and her son, flying to Disney in Orlando. Although he looks sweet in this picture, Mary assures me that he has the potential to pitch quite a tantrum, if they tried to forcibly bump him from his flight! ;-) 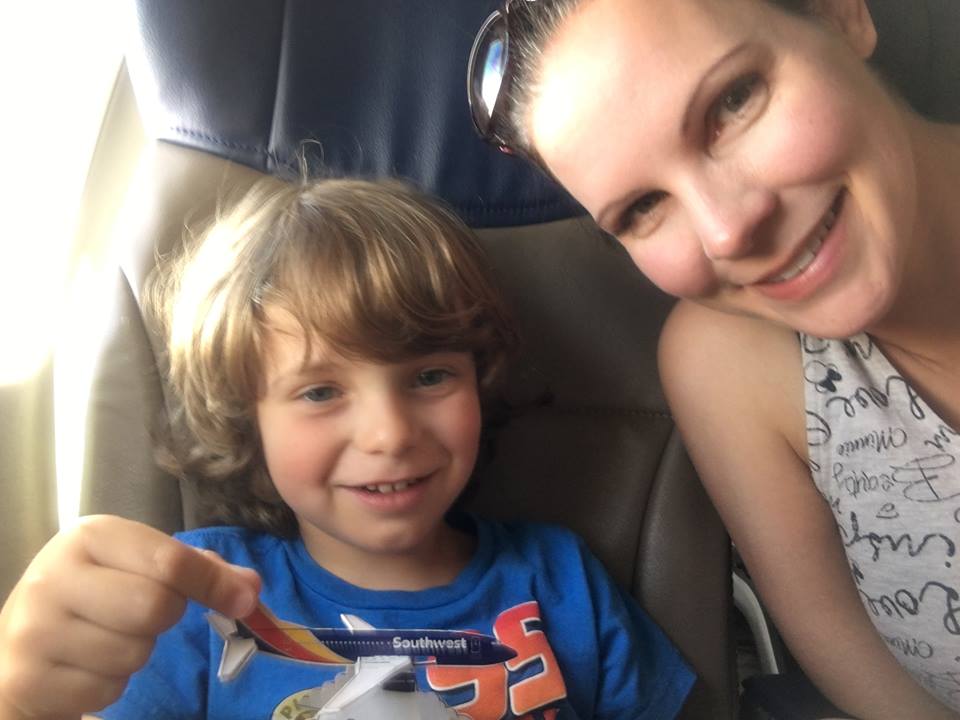 And now, let's analyze some data! I did a bit of web searching, and found an article on our local news site that had just about what I was looking for. They had a graph showing the rate of people who had been involuntarily bumped off of flights by each airline. They had a fairly good bar chart, but it still left me feeling a little unfulfilled: 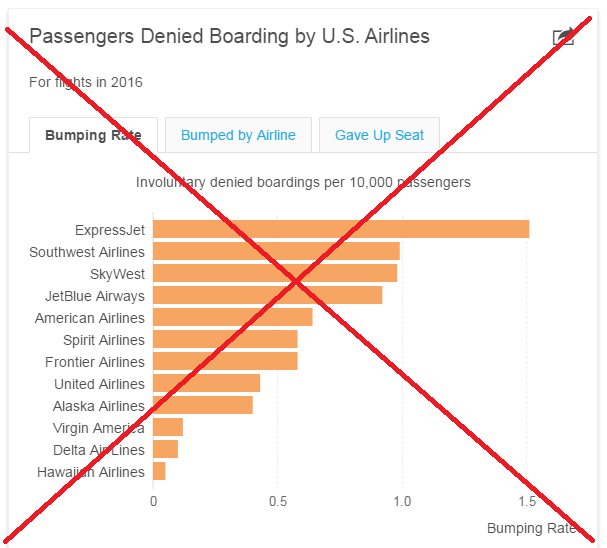 I like that they used a horizontal bar chart, since that works well with the long text names. And I like that they sorted the bars, with the longest ones at the top. But my main complaint is that the article's focus was on United Airlines, but the graph was more generic (I actually had to look for several seconds to find United in the graph). So, of course I decided to create my own version, to try to improve it.

I did a bit of searching, and found the actual airline data in a table on p. 34 of a report on the transportation.gov website. I copy-n-pasted it into the datalines section of a data step, and wrote a bit of code to read in each line and parse it (I did cheat a little by manually adding some ':' characters to make the text easier to parse). And here is the chart I came up with - click the image to see the interactive version, with mouse-over text for each bar: 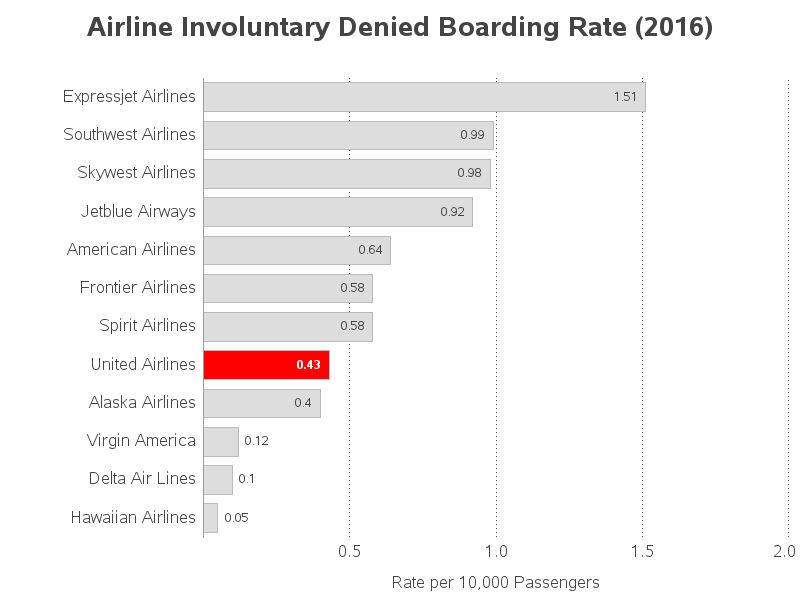 Here are some of the changes/improvements in my graph:

Since the data table had 2015 data available, I also created a 2015 graph, so you can compare that to 2016. Looks like United improved a little from 2015, and Expressjet had the worst bump rate both years. 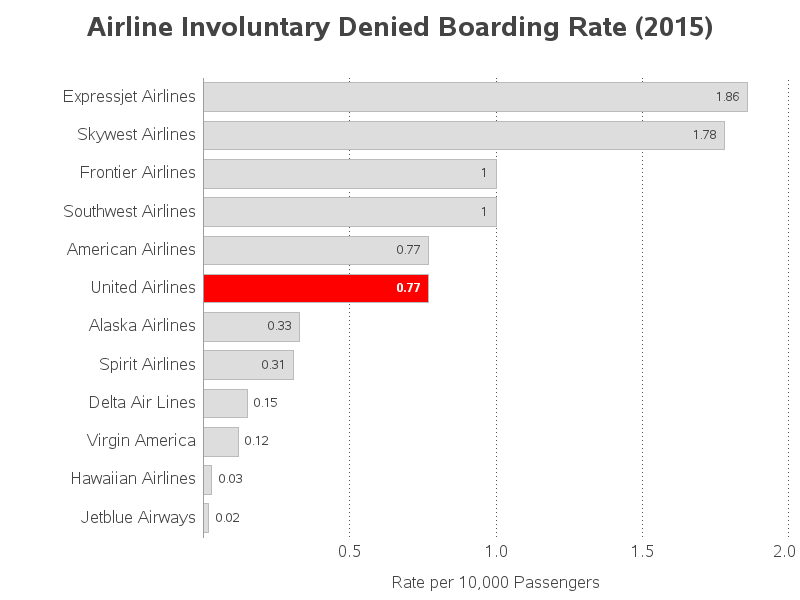 So, purely looking at the data, it appears that United Airlines isn't really so bad when it comes to the rate at which they involuntarily bump passengers off flights ... but they certainly got a lot of attention with the way they physically did it this time. I predict that these rates will be much lower for all the airlines, in the 2017 graph!

So, how do you think airlines should handle things like this? Should they be allowed to overbook flights, and then bump people off (either voluntarily or involuntarily)? When they overbook a flight assuming there will be some no-shows, do they (in essence) get paid twice for the those seats? If they don't overbook, then will all our seats cost a little more? If they overbook and don't have enough seats, how much should they pay in compensation to buy some seats back? (should there be a $ limit at which they can start involuntarily removing passengers?)

Have you ever voluntarily given up your seat, and how much $ compensation did you receive?