As Zika starts spreading into the US, it will be important to have a way to track it. Therefore I wrote some SAS code to pull the latest data from the CDC website, and plot it on a map...

But before we get into the details of my map, I wanted to share a bit of trivia with you. How many of you know what's in the photo below (courtesy of my friend Mubarra)? Yes, it looks like a tennis or badminton racket, but it's actually an electric mosquito swatter (or sometimes called a mosquito bat). It's sort of like the old "bug zappers" that were popular in the 1980s, but instead of using a black light to lure the mosquitoes into the electric wires, you target them manually. I think they are more popular in other countries right now, but I foresee them becoming popular here in the near future! 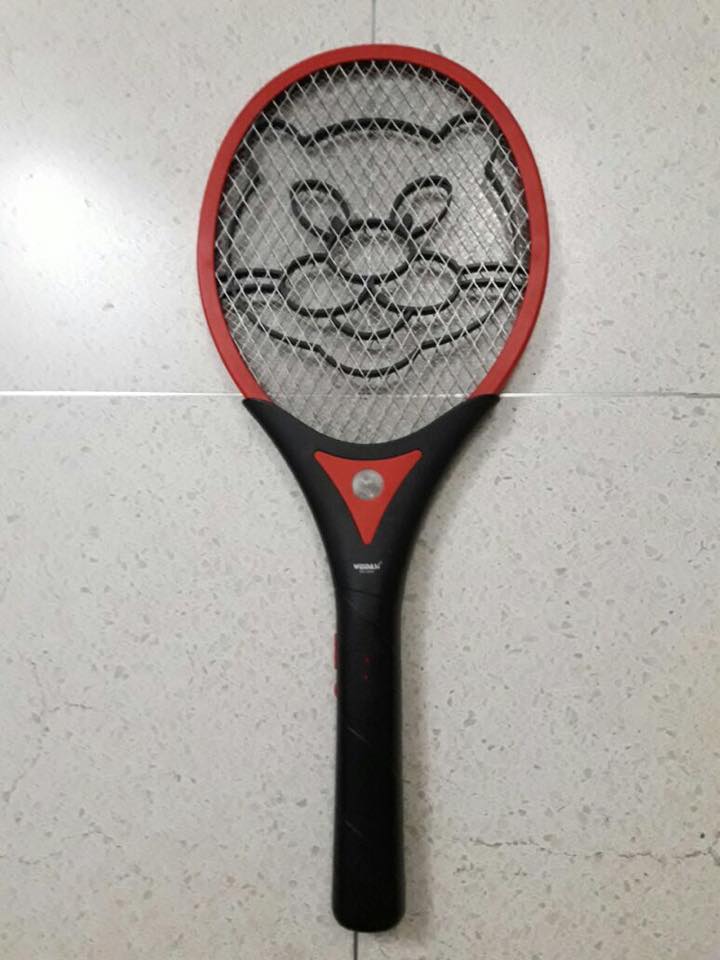 The number of Zika cases in the US is on the rise, and I recently saw the data presented using the following bubble map in a New York Times article. I liked the map, but since they only labeled the number of cases in a couple of states, it left me to wonder exactly how many cases have been in other states. Also, since Puerto Rico isn't one of the official 50 US states, I'd rather not show it in this particular map (not that it's unimportant - but Zika is "already there" in a big way). 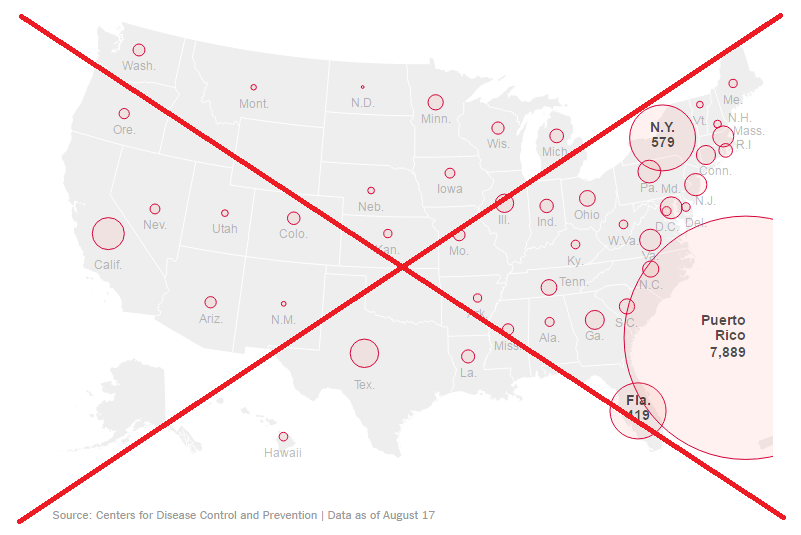 I tracked down the Centers for Disease Control (CDC) page where they list the number of cases in each state, and wrote some SAS code to scrape the data out of their html code. This way, any time they update the data, I can re-run my code and update my map. I created a bubble map similar to the one in the New York Times article, but I added html mouse-over text showing the state name and details about the number of Zika cases in each state (click the image below to see my interactive version). 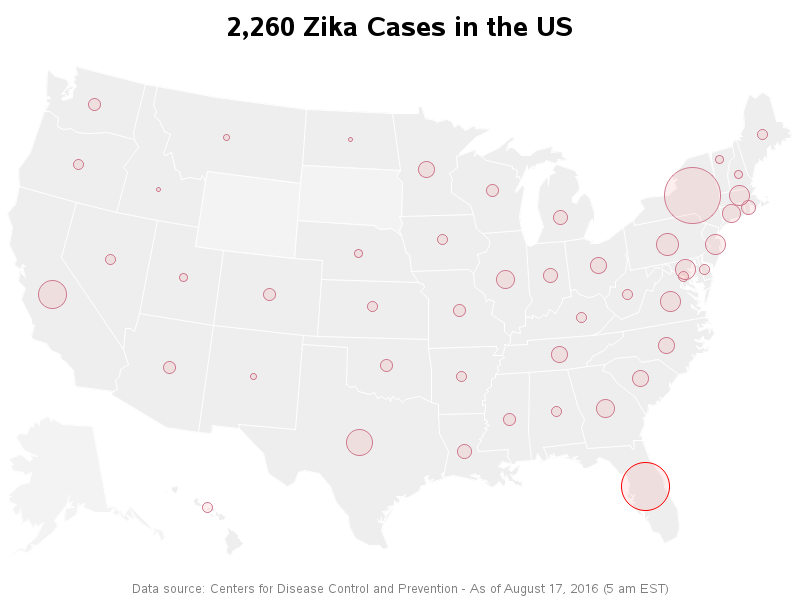 I also added a few subtle visual cues in my map. For example, if a state had locally-contracted cases I make the circle around the bubble bright red (such as Florida). Also, for the states that have no Zika cases, I made the color of the land slightly lighter than the states that had Zika cases (see Wyoming, South Dakota, and Alaska).

The number of US cases is still fairly low, but do any of you personally know anyone in the US who has Zika? How about in other countries?