To get you in the mood for this blog post, here's a photo showing a few items from my friend Reggie's extensive collection of religious antiques. Over the years, I'm sure he's collected enough religious items to fill a warehouse! 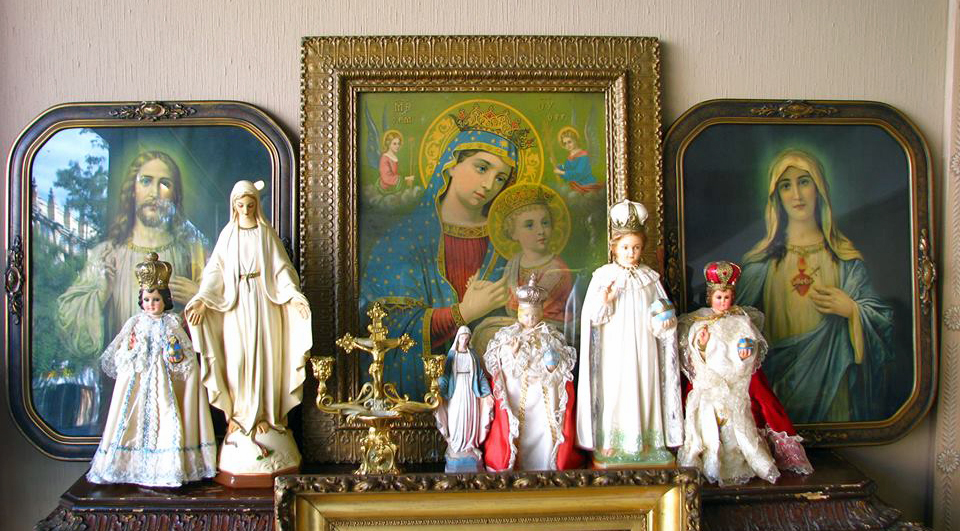 I was recently perusing a Pew Research study about U.S. religious groups and their political leanings, and saw the following graph. The graph caught my attention, and I thought I "got it" ... but later I realized I hadn't really gotten what they were trying to show. 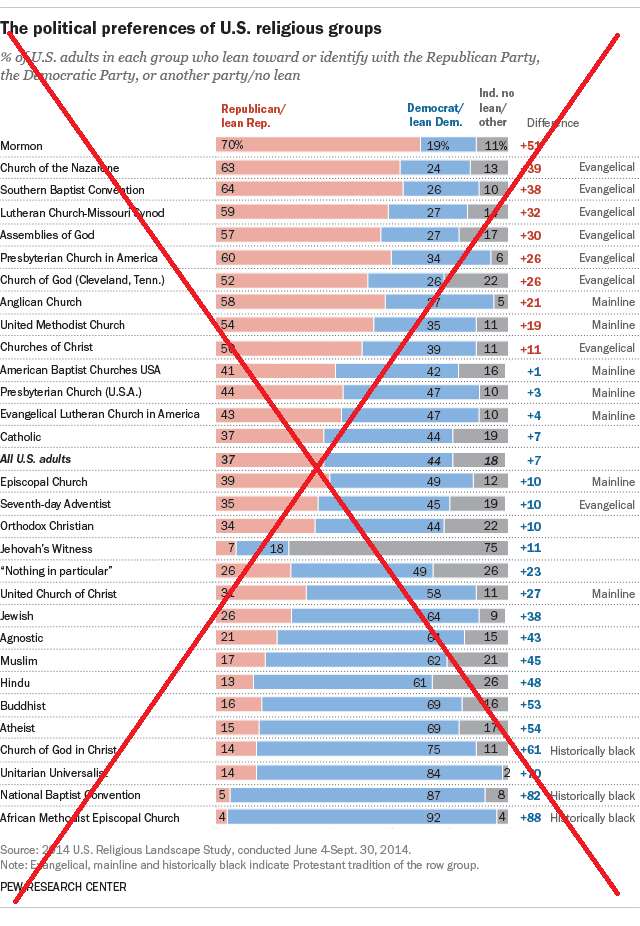 At first glance, I thought the graph showed which religion leaned most Republican and most Democrat (with an emphasis on Republican, since it seemed to be sorted that way). Upon further examination, I noticed that the graph was actually sorted by the difference between the Republican & Democrat leanings (the column of numbers to the right of the bars). I suppose that's an interesting number, but it seems like that's only important in situations like when you're analyzing a whole state and trying to determine which way it will go in a presidential election.

So I started working on my own graph, hoping to show what is actually important about the data (at least in my opinion). Here are some of the changes I made:

Here are my bar charts - if you want to see more details, click the images below to see the interactive graphs, with mouse-over text for each bar: 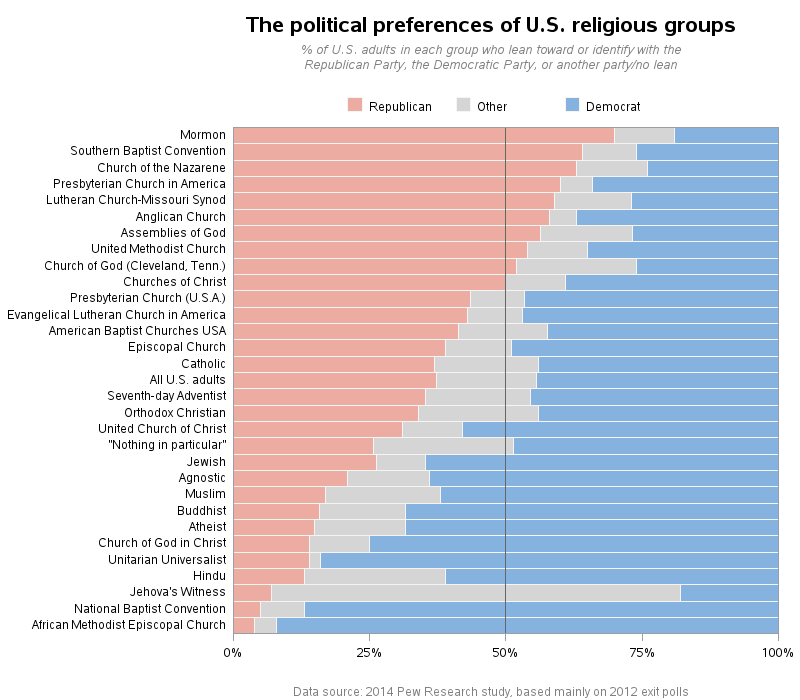 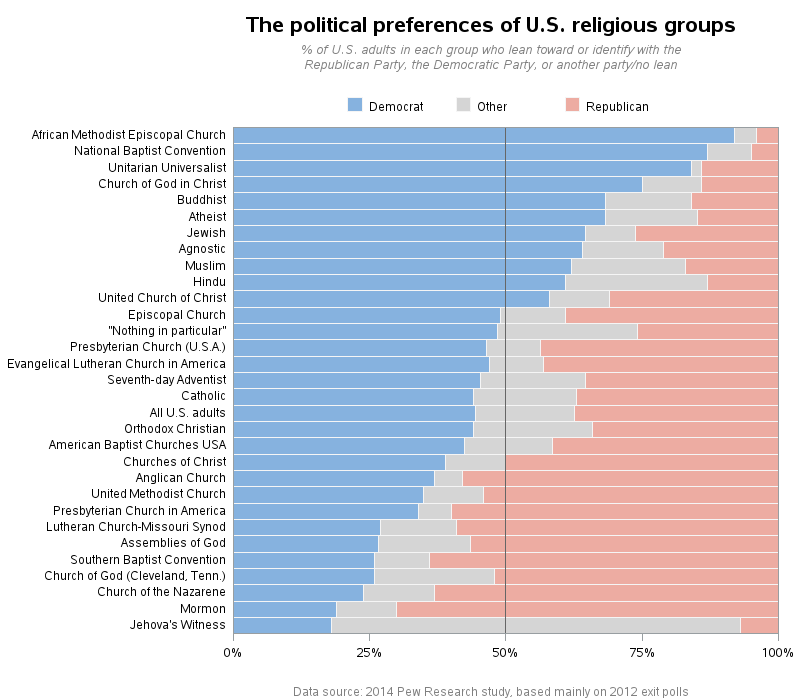 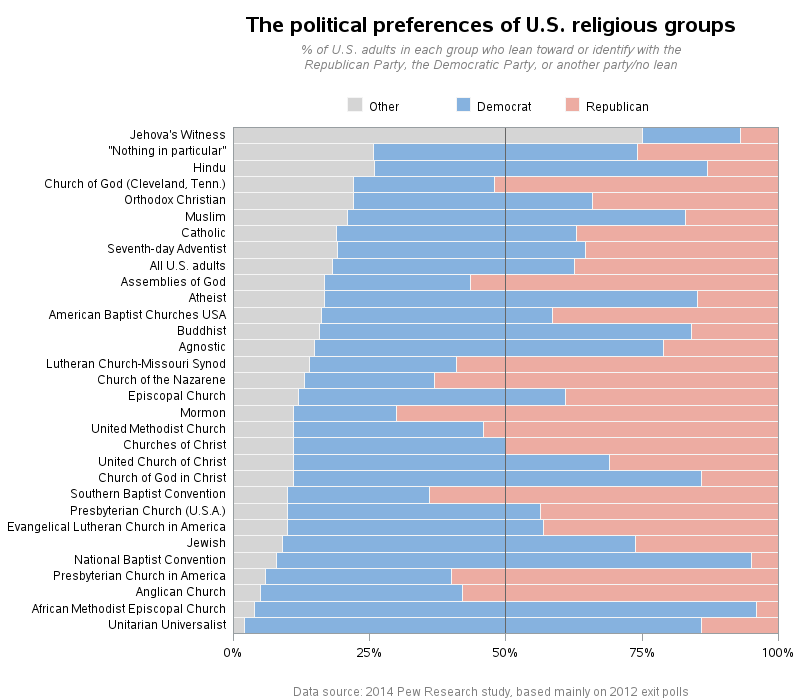 How do you like the new graphs? Do you think religious affiliation of voters will play a major role in the upcoming political election? What other information could perhaps be combined with the data in the graphs to make them more useful in helping predict the impact on the election? So many questions!

I'll wrap it up with a random photo of a church that my friend Joy saw on one of her trips. Can you guess the religion and probable political leanings of the people who might attend to this church? (leave your guess in a comment!) 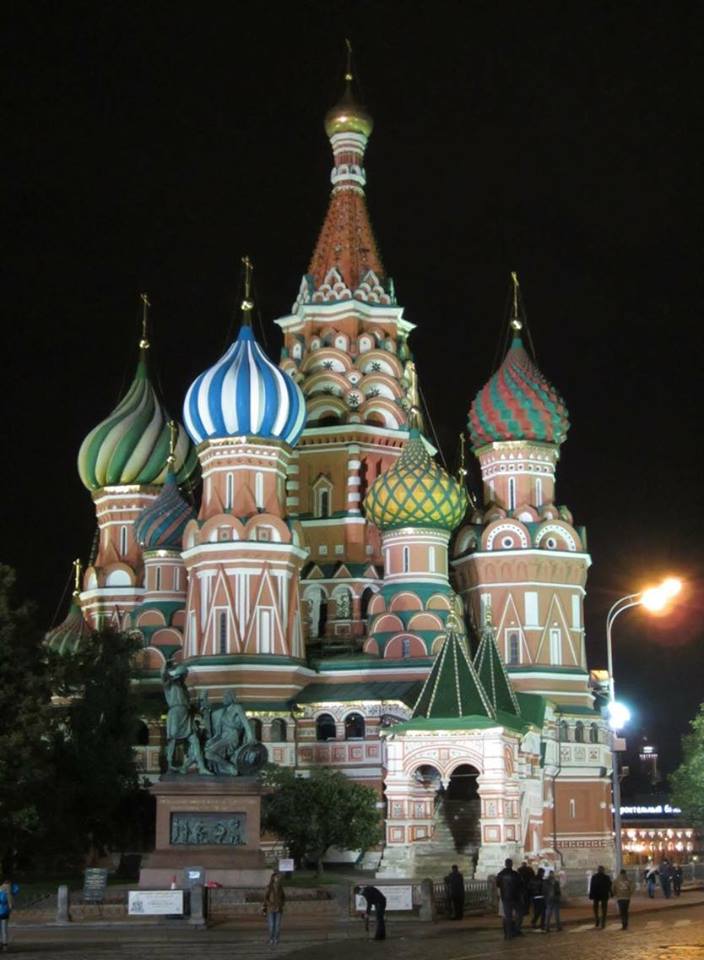