The East Coast is having lots of snow and ice storms today, and SAS headquarters is officially closed. But I thought it would be a great day to get a few things done! And among those few things is "write a snow-related blog". Hope you enjoy it!

After 21 years of faithful service, I had finally decided to sell my 1995 4wd Jeep Cherokee, and get something a little newer & bigger. I thought since snow is in the forecast, this week would be the best time to sell it ... and indeed, it sold yesterday for top-dollar (to the first person who came and looked at it!) Here's a picture: 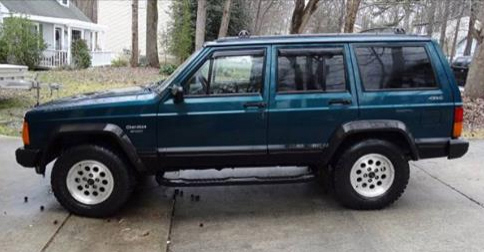 When I woke up this morning, there was snow outside my window. Here's a picture of a furry critter in my backyard, possibly experiencing snow for the first time: 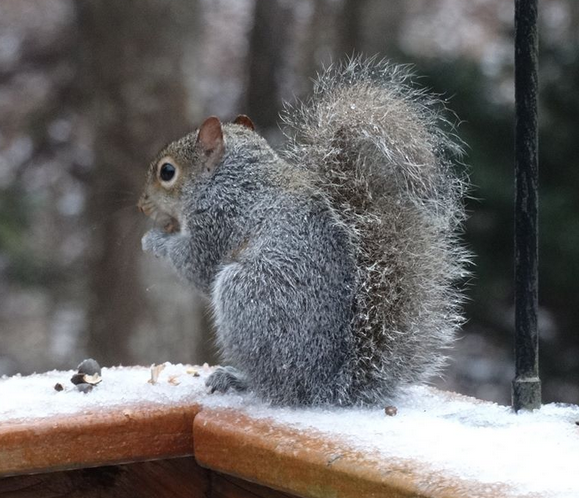 I checked the weather radar, to see whether the storm had finished, or if there was more to come. Interestingly (and as I've seen several times before), the "heat bubble" over Cary (or at least that's my theory) has actually affected the weather - we're getting freezing rain, whereas surrounding areas are getting snow. 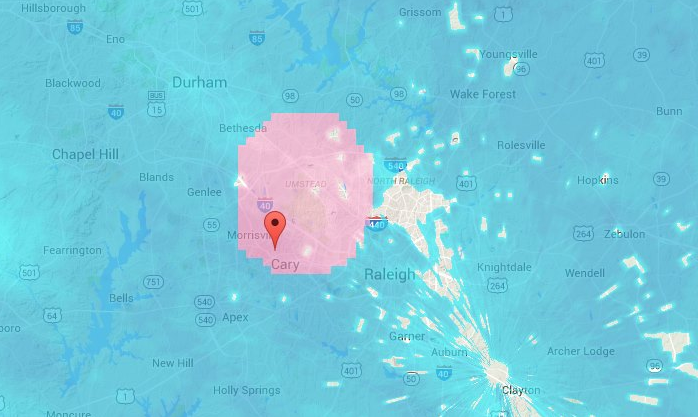 SAS is officially closed today, but if you can travel safely they allow you to come in. I only live 2 or 3 miles away, so I generally come on in. But now, with no 4wd ... hmm, seems like a nice day for a walk! :) So, I walked in, and am one of the few people here. I see 1 car in the parking lot of my building. I believe that's Stuart (head of the Graph group, among other things). See how dedicated us Graph guys are! 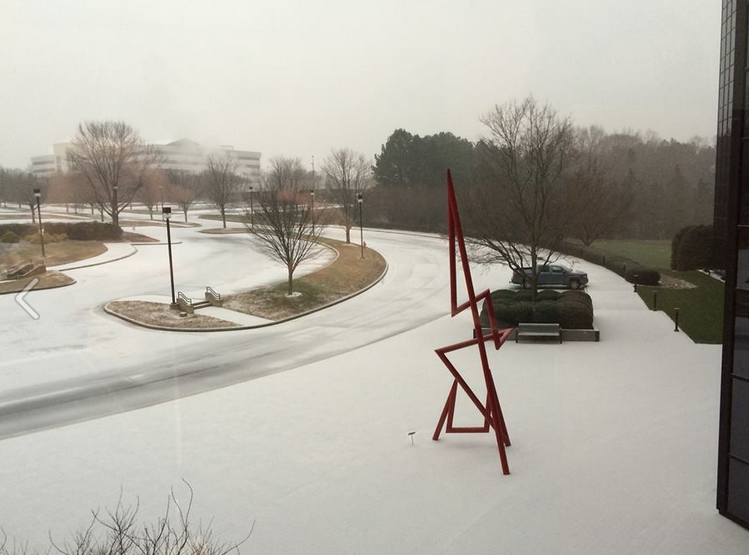 And now, to get some *real* work done... I looked to the Internet to get some inspiration for something graphical & snow-related. I saw a 'fun' map going around on Facebook, showing how many bottles of wine to buy in preparation for the snow. I decided to create my own version. But instead of the East Coast, I limited mine to just NC, and I used mead instead of regular wine, since a friend of mine makes mead. Below is a picture of some mead, and my map - hope you enjoy it! 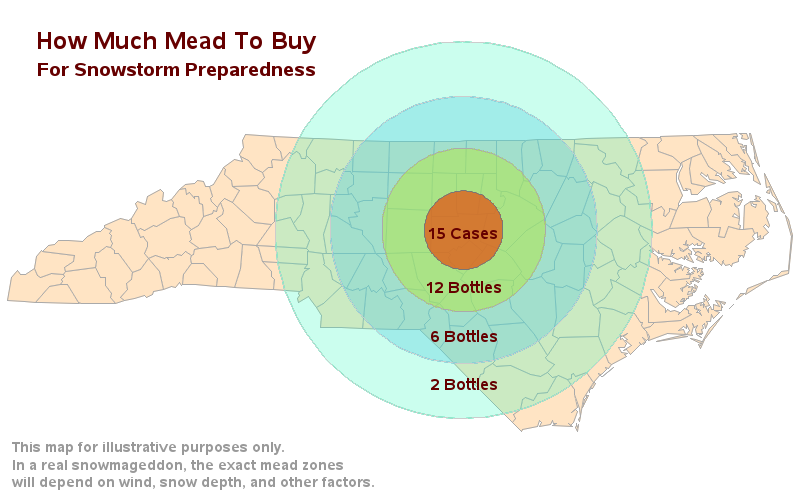 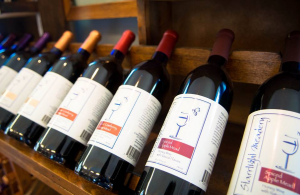 I created the map using SAS/Graph Proc GMap. I started with the maps.counties, which has unprojected coordinates, so I could project the map myself and get NC looking 'straight' - whereas if I had just subset NC out of the projected maps.uscounty, it would look 'crooked'.

I could have used the annotate pie function to easily create circles, but I wanted to be able to control the radius of the circles in miles, therefore I drew them using the annotate poly & polycont functions, so I could control each point via the lat/long coordinates. Note that I used the fairly new support for alpha-transparent colors, so you can see the county outlines behind the annotated circles.

I hope you enjoyed this fun snow example - and perhaps you can re-use the SAS code to create a similar map using your own data!