Every new piece of technology today can be rooted back to the creation of the iPhone, and it’s what David Pogue, Author, Host of NOVA ScienceNow and Yahoo Tech Columnist, calls the singular invention that caused the greatest gap between generations.

While its touchscreen, audio, video, Wi-Fi, GPS, wireless antenna and censor capabilities wow us, Pogue said the iPhone is more than its cool features.

“The iPhone is everything but a phone. It’s the apps that lie within it that really matter, allowing us to connect to the masses,” he said.

Specializing in critiquing technology and how it affects society and culture, Pogue, who gave the Analytics 2015 keynote address Tuesday morning, calls life today a disruptive and unrecognizable new landscape of technology and culture.

Consider Web 2.0 and the idea of sites and company owners allowing viewers to control the content, the pictures and the stories. In the old business model, this wasn’t even a consideration, but now companies like Facebook, Airbnb and Uber are completely driven by the individual consumers.

“Previously, if we wanted something we went [directly]to the brand, but now we use the brand, to go directly to each other,” said Pogue. The result allows strangers to connect globally with very narrow and common interests. And while it’s disruptive, it’s also the reality of the new technology world centered on a sharing economy.

New technologies are coming out daily, and while a lot take off, a great deal of them tank.

Google Glass? The invention was a genius idea, but it’s been pulled off the market for social reasons. Pogue said there are numerous developments like Google Glass, great in concept but they aren’t being embraced by the masses because they aren’t compelling enough.

But there’s one exception, and it’s health tracker apps. “These apps are allowing the public to look into the health of their own lives like we’ve never been able to before,” he said. “The cure for cancer is in those trackers.”

Health-tracking apps are what Pogue calls the largest clinical trial out there. These personal medical devices are in our pockets, tracking data by the minute, and we aren’t even using it. Think about the volume of insight we are missing? That’s why apps like Apple’s Research Kit are brilliant, allowing medical researchers to collect the personal data from these apps that we ignore all day.

“By choosing to opt into these research trials, we are going to speed up medical conclusions and discoveries at a staggering rate,” said Pogue.

So, what does it all mean? How will this type of technology impact the new generation? Pogue said businesses must operate in real time, knowing that data is coming from every corner and needs to be captured if we are going to do something great. “Keep innovating,” he said. “The incoming world looks different than the old, but it’s the status quo we all need to get comfortable with.”

Here's a short interview with David Pogue about this keynote at the conference.


Changing the world with analytics 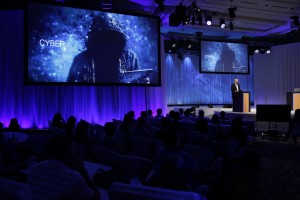 "The Internet of Things is not just hype. It’s making lives better, businesses better and accelerating breakthroughs in science,” said CEO Jim Goodnight, as he took the stage to wrap up the Analytics 2015 conference.

Goodnight provided attendees with one of those stories that pulls at your heart strings, giving them a window into the life of a 98-year-old patient. He kept her identity anonymous by referring to her as Mildred.

Mildred has a heart condition that needs careful and constant monitoring, so she walks around her home with a monitor on her chest. That monitor sends data back to her team of healthcare providers, who tracks her every move. It’s constant patient-care, which means she can stay in her home, not in a facility or hospital. She cooks Sunday dinner for her children, grandchildren and great grandchildren each week. Her story is made possible with analytics.

In the next five years, research says there will be anywhere between 15 and 40 billon more connected devices. “That growth means that the data world is about to get really messy, really noisy, really fast and really scary,” said Goodnight. “Because when everything is connected, everything can be attacked.”

SAS® Cybersecurity is the cure. Available next month, the software will be able to detect malicious activity in real time, processing large volumes in-stream, so organizations can see threats sooner and react faster. “You stay ahead of attackers with SAS Cybersecurity,” he said.

Goodnight also highlighted the SAS® Academy for Data Science, explaining the need for more data scientists. “We know we need more [data scientists]; we know you need more of them too. SAS is concerned and we want to help,” he said. Through the Academy’s immersive program, which will begin in New York City in January, organizations can begin to fill the shortage of deep analytic talent.

"The landscape is changing; we are all changing,” said Goodnight. “We are moving to the edge and we all are working to make this world a better place with analytics.”

Watch this short video with SAS CEO Jim Goodnight for his thoughts on cybersecurity, the Internet of Things and the analytics skills gap. 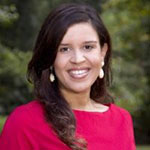