It's that time of year again - time to choose what Halloween candy to buy for the trick-or-treaters! This is always a tough decision that has me angsting in the candy aisle. And if selecting the perfect candy wasn't enough pressure, my city (Cary, NC) was recently recognized as #1 on the list of the Top 10 cities in the US for Halloween treats! With all that in mind, this year I decided to use data & analytics to help select the perfect candy ...

After a bit of research on the candy topic, I was somewhat surprised to find that there are basically 3 companies supplying almost all of the Halloween candy. I found a graph of the supplier data on foodandwaterwatch.org, but it had a few problems. The biggest no-no is that they used a 3d pie chart - this distorts the relative sizes of the pie slices. I made my version two dimensional, and also rotated the pie so that the equal-sized Mars & Hershey's slices are symmetrical about the middle of the pie (that makes it easier to see that they are the same size). Here's my simpler/improved pie chart: 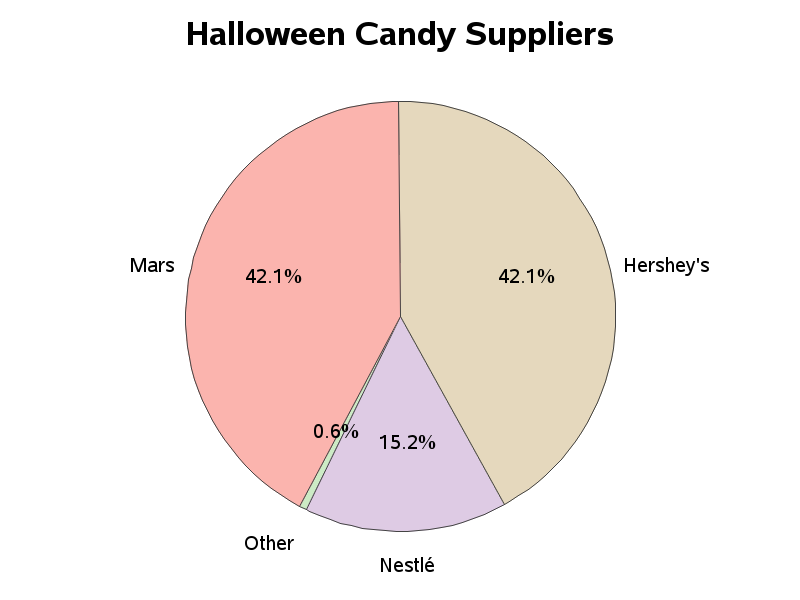 Random picture #2 (my friend Mary has some fabulous costumes - I don't stand a chance of out-costuming her ... but perhaps I can give out better candy!) 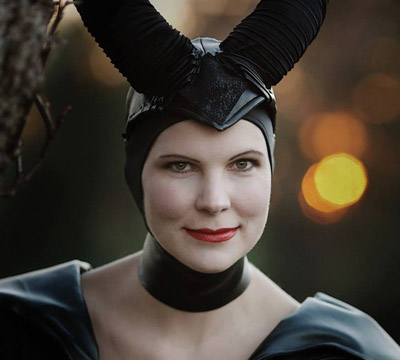 Now , let's decide which specific candy treats to buy... The main selection criteria I use is that I want to have popular candy (and with a secondary criteria being that I want it to be candy I like, in case there is some left over that I am forced to eat!)

I did several searches, and found many lists of the most popular Halloween candy. But most of them were just rankings, with no quantitative/numeric data. I finally found a nice list on ranker.com with the number of "thumbs up" and "thumbs down" votes for each candy. Here's a screen-capture of the top part of their list:

I liked their list - it was visually captivating, and somewhat interactive. I liked that it had images of each candy, and links to buy that candy on Amazon.com. But it didn't give a visual way for me to easily compare the number of 'thumbs' votes each candy had received. So I got the data into a SAS dataset, and came up with the following graph to visualize the numbers: 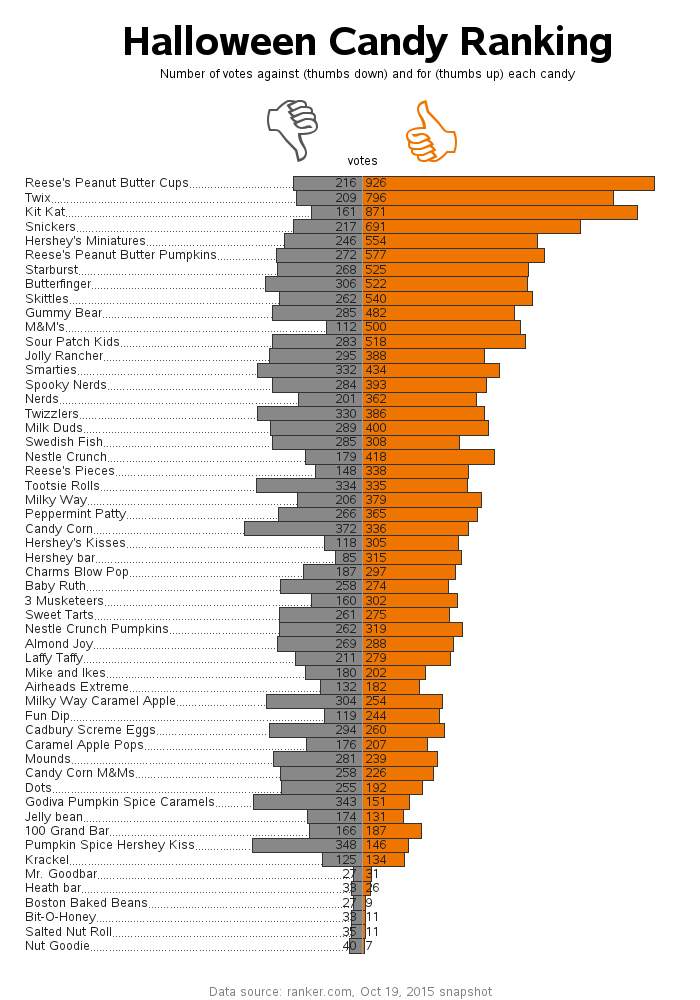 How did your favorite candy do in this ranking? Was there anything you found surprising or interesting in the graph? Did the graph influence your candy selection this year?   :-) 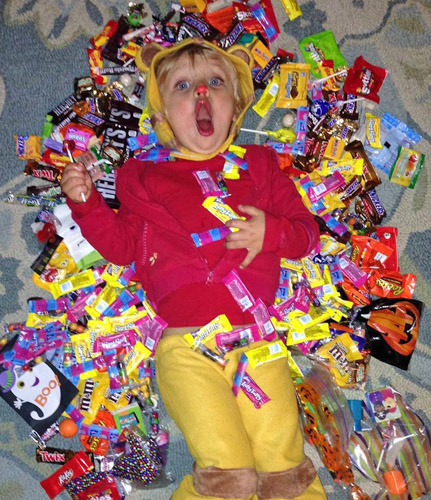