We had some fierce wind storms all across the United States yesterday, which even spawned some tornadoes!

It looks like we weathered the storm OK here in Cary (but I still need to run out to the lake and make sure my pontoon/houseboat is still there, agh!).

Anyway ... as with other natural disasters, it got me thinking about ways SAS could be used to visually analyze the data. I found that NOAA's Storm Prediction Center website has historical data about tornadoes, and they've even plotted the data on a map! 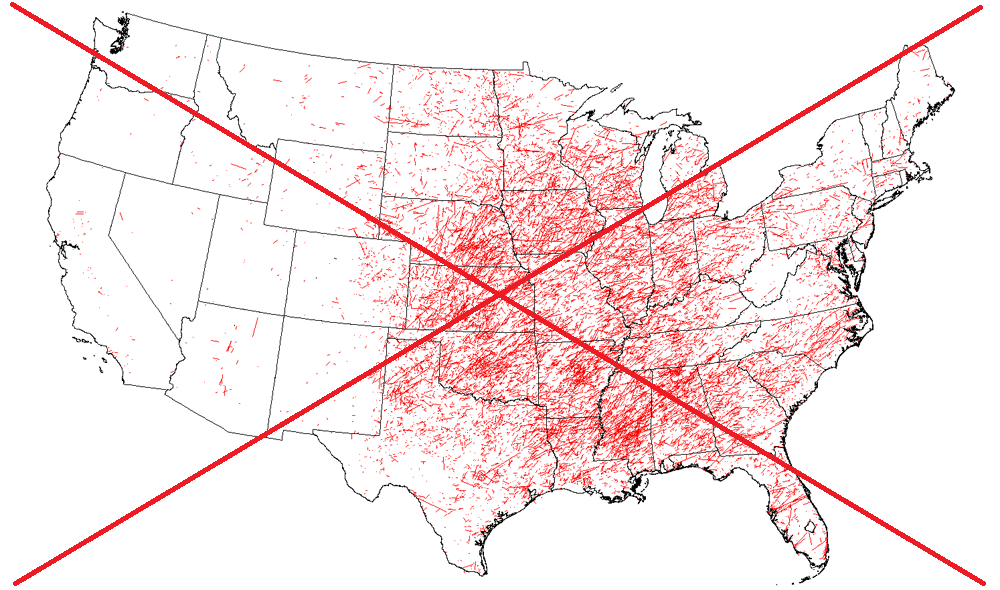 I decided to use SAS to create a map similar to theirs ... and make a few improvements (here's the code).  The map below is my SAS version (click to see full-size/interactive map): 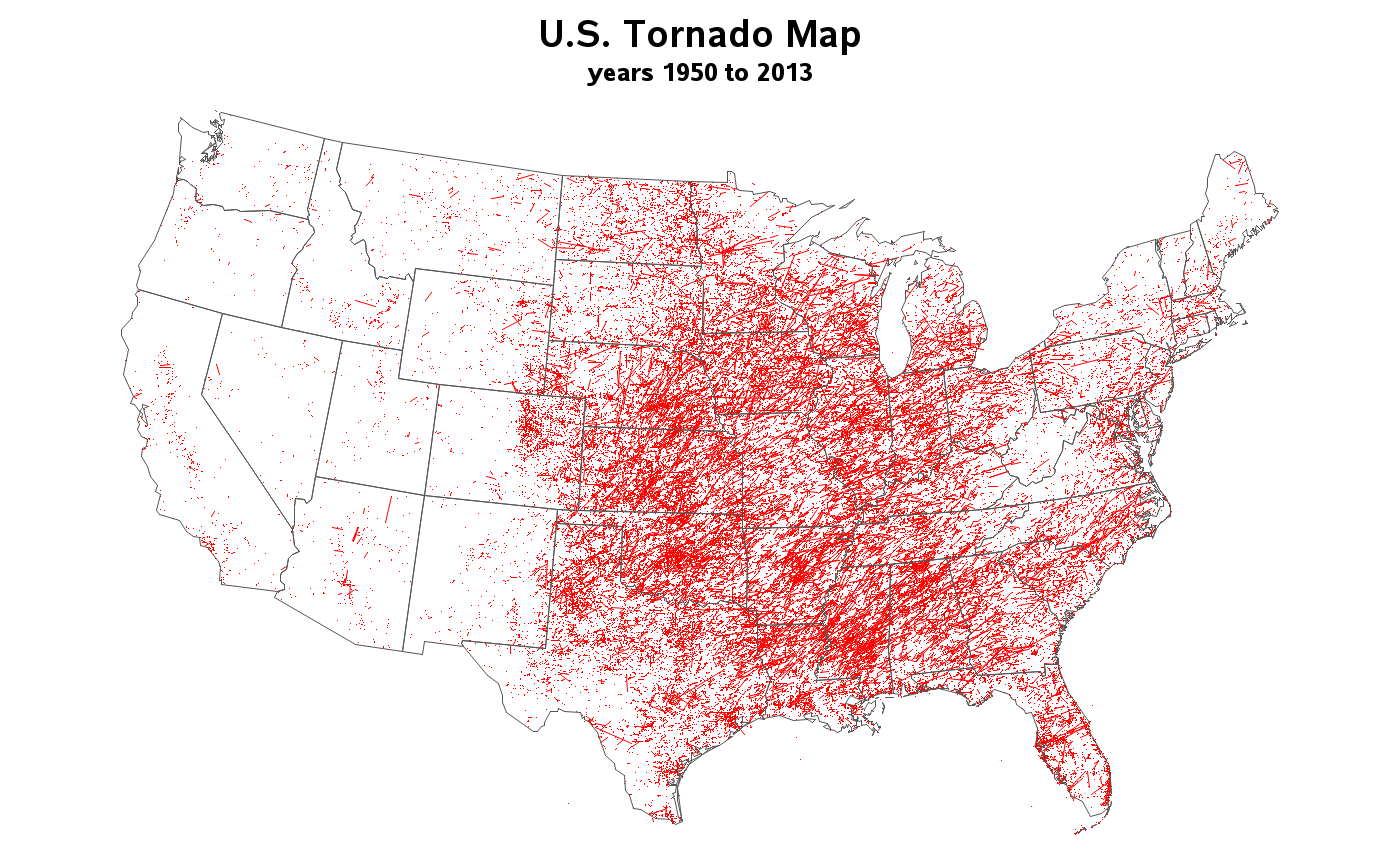 Note that this SAS version has the following improvements over the original:

Assuming you were born after 1950, you can even scroll down and see the tornadoes during the year you were born -- that's pretty darn cool, eh?!?

Food for thought:  What data does your company have that could be plotted on a map this way? :-)