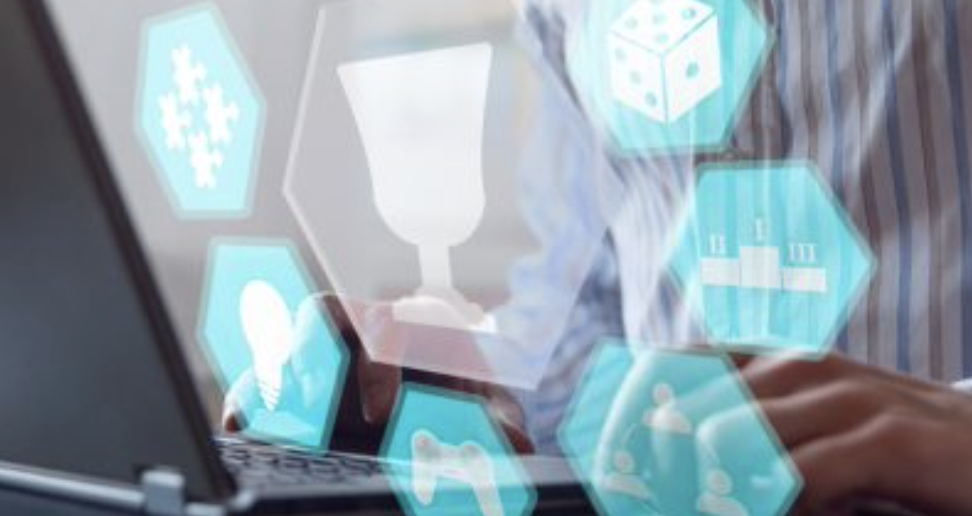 While studying business intelligence as an undergraduate student at business school HEC Montreal, Camille Duchesne encountered Cortex, an analytics simulation that pits participants against each other to develop the most accurate models for a particular task.

In this case, the simulation supports a fictional charity by predicting which subjects from hundreds of thousands of records would be the most likely to be converted by a phone call. It was this simulation game that got Duchesne hooked on data science.

“I think the way it was set up with SAS Enterprise Miner was great,” Duchesne says. Though unfamiliar with the models, “You could test things out, but you really didn’t know what was going on at first. But because you had to implement it, you really got to learn the stages and how things work at a higher level.”

The bachelors’ course whetted Duchesne’s appetite for data science. “We got to understand how data warehousing works and how to properly use your data. But I thought it really showed us to just the sheer power and the scale at which those models can help.”

More than a game

Cortex isn’t just a simulation. It’s a competitive simulation, complete with a leaderboard to compare results with other competitors.

“There are a lot of aspects to gamification,” says Jean-François Plante, professor at HEC and co-creator of Cortex. “There is actually a body of literature about gamification. It’s been measured scientifically and shows how people learn better, remember more, and have a better exit attitude about their ability to do things.”

The real-time leaderboard displaying the results of the competitors is the primary source of engagement. They can see who’s getting the best results, and what type of modeling they’re using to get them. When Duchesne encountered Cortex again in her post-graduate studies, the competitive bug was biting. 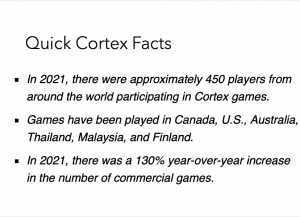 “I think there’s always that one student who's really, really good,” she says. One member of her class consistently ranked at the top of the board. “If someone came close, he would surpass himself even more. And I really don’t know how he did it, because I came close.

“If you know there’s a person who’s got higher numbers than you, then it pushes you to dig deeper into your models or try something else.”

Her undergrad Cortex experience served her well in her second contest—especially since SAS Enterprise Miner wasn’t there to guide her model choices. She came armed with four models she wanted to use. She ended up trying eight to 10, spurred by the results of other competitors. They ranged from regression models to basic neural networking.

The charity data set was the first to be developed. Since then, HEC has added three more scenarios.

“We build scenarios based on a business problem and a business outcome,” Plante says.

He says that, in the first 45 minutes or so, rather than follow step-by-step instructions, users click here and there, experiment with the various functions. Participants quickly find meaning behind the tools they're using, instead of blindly following a traditional tutorial.

“We made sure to hack the tool a little bit so you would get a project that works, you click one button, you have predictions."

Sometimes those predictions are poor, he says. But that's just fine.

“Now you have to understand the pieces and improve them by changing the model. Try more models, change the parameters, fix some issues in the data and so forth.”

Cortex has become a worldwide phenomenon, with competitions as far afield as the U.S., Thailand, Malaysia, Finland and Australia.

For Australian Cortex participant Anthony Egbo, curiosity was an important element in the program. Anthony was alerted to the competition when he met SAS representatives at a trade show and eagerly jumped aboard.

“I had a philosophy major—more of a thinker than a technical person,” Egbo says. “I’ve always had an interest in data science, but I never actually did anything. I was mostly into web development, understanding the workings of the Internet and building websites for different non-government organizations.”

Egbo says the organization of the challenge, with training, daily webinars and online resources, made it a learning journey.

“It was a learning process for me, not a challenge,” he says. “I didn’t go into the challenge wanting to win it. I wanted to learn.”

The philosophy major in Egbo still shines through. “I believe that one’s inquisitiveness or curiosity is crucial for any aspiring data analytics professional,” he says. “It’s just always trying to understand the data in front of you, not making assumptions, always asking the question to the data.”

Useful training tool for the enterprise

The Cortex gamification approach isn’t just an academic tool. It’s a great tool for onboarding and training in a corporate context as well, Plante says.

“If you have a group of employees, gamification will catch their attention,” he says. “But also, they can try a new tool right away. They can do this if they have zero knowledge about predictions or machine learning, and they will get some training from it. You can have quite varied employee profiles and they will enjoy it.”

As for Duchesne, her training went beyond the mechanics, including such things as explaining models and why they were used to laypeople, like those in marketing departments.

“It’s real-world problems, and those simulations, you could actually implement what you did for fundraising, for example, and they would benefit from it a lot,” she says. “It showed me how useful data science could be in any environment, so that’s why I went into this master’s program.”

She hasn’t got her eyes on any particular industry to ply her trade, though, with her previous experience in insurance and curiosity about health care, those are two possible candidates. But she’s sure of one thing.

“I just want to do data science full-time,” Duchesne says.

Interested in learning more about Cortex? Learn about the program, its benefits and how to get started. 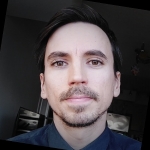